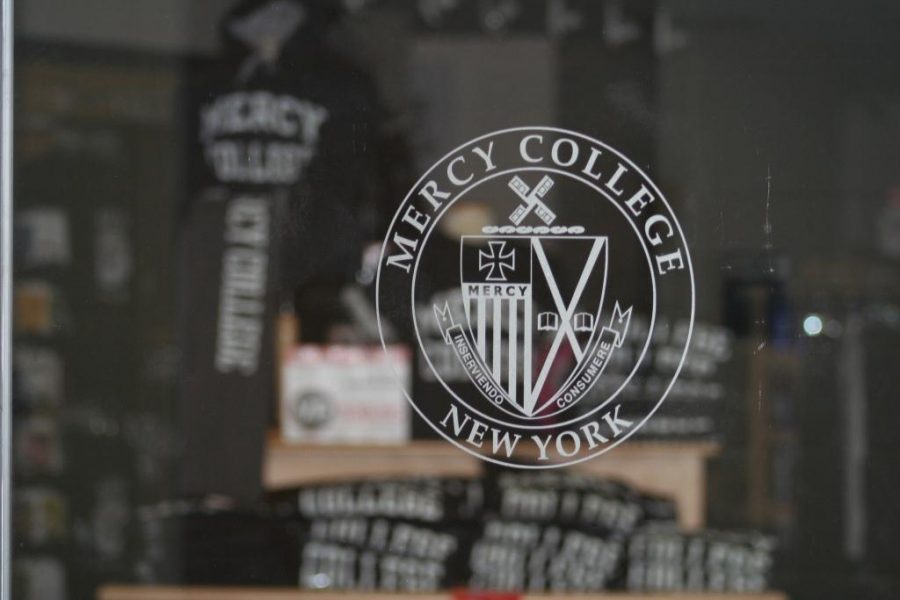 Mercy College has created a merchandise store in the Main Hall on the first floor in the summer of 2012 for the new fall semester.

In August, construction started on a new project that would create a new college store in Dobbs Ferry without any textbooks. The store’s facility gave out surveys to students and asked them over the years what they would like to see change.

The answer was resounding: A bookstore that was in a better location which also facilitated an opportunity for students to display their school spirit.

Michael Munch, senior majoring in mathematics, said, “I like the new store because before the change everything was down in the basement. “[It] makes us look like other four year schools.”

The construction started during summer classes, so the college stored all the text books in a temporary place. In the process of making the new bookstore, two classrooms where closed, but reopened elsewhere.

In the new merchandise store, students and faculty can buy everything from college sweaters to candy. The store is located across from the cafeteria. However, there are no textbooks in the store. All the textbooks are located on the ground floor.

David Newfeld, bookstore manager, said that students simply had to bring printed versions of their schedules and the books would be gathered for them.

”All the textbooks are stored down stairs, where there is clerk service for the students.”

Danielle ADorno, Freshmen, undecided major, said, “I like the clothes and supplies they have in the bookstore. I am from Newburgh and living in the dorms; this new store has everything I need.”

Not only did the main campus get a new bookstore, the Bronx campus of Mercy College also renovated its bookstore. The store is now located on the third floor next to the library. Schaefer said, “Redoing the Bronx bookstore was also in the college budget for improvements on our campuses.”

Schaefer said the students have been more than pleased with the new look of the bookstores. “We received extremely positive feedback.”