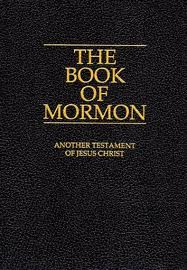 Recent conversations with Mercy College students revealed what is probably a general, universal truth. While people weren’t terribly bothered by the thought that the first Mormon president in American history was almost elected, outdated stereotypes persist about Mitt Romney’s faith.

The Mormon religion, also known as the Church of Latter-day Saints (LDS), has existed on the periphery of American pop culture just enough to spark curiosity, but not enough to search for any real truths. Romney’s candidacy, though, is bringing it front and center.

In fact, Romney is not the first Latter-day Saint to run for president. His father, George Romney, ran for the Republican nomination in 1968, but withdrew when it became clear that Richard Nixon would win. Romney Sr.’s Mormon faith escaped public scrutiny because of, ironically, his birthplace. He was born in Mexico to American parents, and the fact that he wasn’t born on American soil completely extinguished the Mormon question that his son currently faces.

George, for example, was never featured on the cover of Time magazine. An early October issue shows an image of the younger Romney immortalized in the kind of stained glass window that churches usually reserve for their most venerated. In the image, Romney’s hand is over his heart, and he is gazing softly towards heaven, a saint in a blue suit.

This level of publicity makes it evident that Romney’s religion is at the forefront of some voters’ minds, but behavioral science sophomore Shevel Hosein doesn’t take issue with it. She, in fact, encourages the diversity.

“It doesn’t matter who you are or what your background is. If you live in this country, you can be the president.”

“I don’t care what religion the president is.”

Both students, though, said they didn’t know the ins and outs of the religion.

Hosein’s recollection of Mormonism perhaps represents common misconceptions held by many of the 98 percent of Americans who are not Mormons.

“I remember learning in school that Mormons can have more than one wife, and younger girls have to marry older men. And I don’t think women have a lot of rights.”

Television programs like HBO’s Big Love have helped embed these same beliefs in our collective psyche. At the same time, breaking news comes out of places with such names as Yearning for Zion Ranch in Eldorado, TX, a polygamist community where in 2009 hundreds of children were taken away by Child Protective Services after a tip that girls as young as 14 were forced to marry 50-year old men. Images of the girls dressed in ankle-length, nineteenth century dresses created a bizarre, unforgettable picture.  The tendency is to lump all this information together and call it Mormonism.

The fact is that the mainstream brand of Mormonism that Romney is a member of practiced polygamy for only about 40 years of its history. It has been outlawed since 1890, and practicing Mormons completely denounce it. At that time, however, some Mormons still believed plural marriage was the necessary path to heaven and at the time of its illegalization, they broke off from the Mormon Church and continued with polygamy. They are known as Fundamentalist Latter-day Saints and live in seclusion by necessity, to escape U.S. law enforcement.

Dr. Jude Aguwa, professor of humanities/religion in the School of Liberal Arts, is not surprised that the legacy of Mormon polygamy endures.

“Stereotypes continue to exist even though the circumstances at the present time provide no evidence for their existence. Beliefs die slowly, especially when evidence on which the belief was based upon is upheld even by a few members of the group.”

And as with other religions, a few members who insist on following radical, arcane rules do not define an entire faith.

“Polygamy may have officially become unacceptable in the Mormon Church but the Church has no way of controlling members who choose to continue with the practice,” said Aguwa.

Rubiano admitted that much of her knowledge comes from the Broadway hit “Book of Mormon,” a musical that mocks not only Latter-day Saints but all forms of organized religion.

While she couldn’t point to specifics, she thinks that Mormon followers are unwavering in their faith.

“I don’t know about everything they stand for, but I get the sense they are strong believers.”

So, would have Romney’s Mormon background govern his politics if he was elected to the White House? According to an LDS spokesperson, via email, Mormon doctrine doesn’t require it.

“Elected officials who are Latter-day Saints make their own decisions and may not necessarily be in agreement with one another or even with a publicly stated Church position.”

Aguwa concurs that the public need not be concerned about overly religious influences with most candidates.

“Although there is separation of Church and State, American politics has always been invaded by religion. There is, though, a limit any government in the U.S. can go with religion; otherwise it could become unconstitutional.”

The LDS spokesperson pointed out that religion will not unduly affect public policy.

“LDS recognizes that elected officials still must make their own choices based on their best judgment and with consideration of the constituencies whom they were elected to represent.”

But a person’s faith is often woven tightly into the fabric of his beliefs. Mormons believe in traditional roles for women, and Romney, as an elder in his congregation at one time actively counseled women to stay at home and take of their families, rather than go to work.

This issue certainly won’t be up for any kind of debate at the federal level, but do people really want a president who, more than 40 years beyond the Women’s Rights Movement, advocates that a woman’s place is in the home? Is it a reflection of modern times to elect a president who will “immediately remove funding for Planned Parenthood,” as he said to reporters recently in Ohio?

Apparently, no, at least in New York. Romney earned less than 40 percent of the vote in New York, but those numbers totaled 48 percent nationally.

Romney has certainly not invoked his faith as an indisputable reason for any of his policies, perhaps so he doesn’t back himself into a corner on any one position, able to align himself with different parties at will. Aguwa explained this strategy.

“I am not sure whether Romney will move to the extreme Christian Right or to the Center or rely on his Mormon religion. He has applied all these positions as convenient.”

Dr. Aguwa also articulated what has become apparent in the recent debate season.

“Romney had proven to have infinite capacities to change his position on every issue, making it impossible to predict him. He seemed to have strong power for political opportunism.”

Though he may shift his stance on some issues, Romney appeared rigid in his opposition to gay marriage, reiterating again and again, “I believe marriage is a sacred institution between a man and a woman and I have been rock solid in my support of traditional marriage.”

Any Google search will show this to be a strong Mormon belief as well. LDS is known to be so strongly against same sex relationships that the issue has worked its way onto Broadway in the form of a song devoted to young Mormons who think they might be gay:

When you start to get confused because of thoughts in your head,

Don’t feel those feelings, hold them in instead!

We do it all the time!