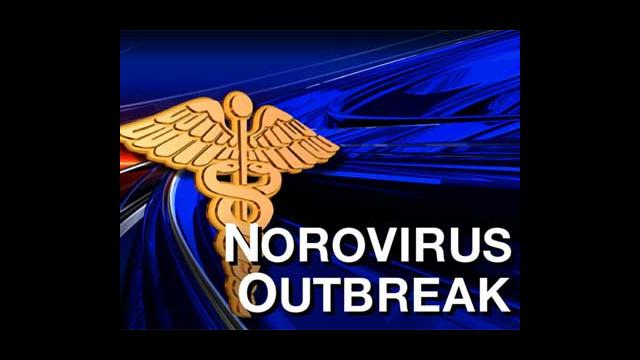 If you thought nothing could be worse than hangovers and the flu, think again. Imagine a combination of both. Introducing the Norovirus.

The Center for Disease Control is concerned about a new strain of the virus called  GII.4 Sydney. Infection with the virus causes inflammation of the stomach lining or gastroenteritis, stomach pain, vomiting, diarrhea, fever, headaches and body aches.

There is no vaccination against the highly contagious virus and outbreaks have begun all over the country affecting many college campuses. “I can’t imagine being sick right now; I’ve got work and school plus the semester just started,” said graphic art and design major Daryl Correa. “I don’t know what I’d do.”

Although stomach flu has been around before this new strain of the nightmare inducing virus is proving more deadly. One factor contributing to the fast spread of the virus is the transmission. Not only is it transmitted by person to person contact, but the virus is in food as well and is most commonly seen in unwashed produce and undercooked shellfish. According to the CDC, one can catch it “from an infected person, contaminated food or water, or by touching contaminated surfaces.”

The virus is difficult to treat because it mutates every couple of years. Pathogens can become resistance to medical treatments through mutation from long exposure to antibiotics and other factors. After being exposed to the virus, symptoms can take between two to three days to show and even after the symptoms end, the virus remains in one’s small intestine for up to three weeks. The fact that the virus remains in one’s system for that long also contributes to the wide spread of the virus. The illness can prove deadly for small children and the elderly. With any illness that involves vomiting and diarrhea, a major cause for concern is dehydration.

A contributing factor of the spread of Norovirus is the fact that hand sanitizer is not guaranteed to kill the virus, said the CDC. “That’s actually really scary. I always carry hand sanitizer in my purse, and to know that it doesn’t kill this thing really bothers me,” said occupational therapy major Leni Custis. “The thought that it’s mostly spread just cause some people don’t wash their hands really grosses me out.”

According to a report by Luis Jimenez Ph.D and Micheal Chiang Ph.D, the virus lacks a lipid viral envelope (comparable to the phospholipid  bilayer of a cell). Although hand sanitizer is effective in killing many types of bacteria and viruses, it is not effective to remove fecal matter residue from the hands; therefore, it cannot effectively remove the Norovirus from the hands.”

Alcohol-based hand sanitizers can quickly reduce the number of germs on hands in some situations, but sanitizers do not eliminate all types of germs,” according to the CDC. Hand sanitizer is not a substitute for hand washing; however in certain circumstances it is more effective than nothing.

College dorms around the country have been reporting outbreaks of Norovirus among their students. More than 65 students have been reported to have been infected with the virus at Princeton University. The best way to prevent spread of the Norovirus is by properly washing your hands after touching surfaces in highly populated areas. The proper way to wash your hands according to the CDC is to wash hands for “at least 20 seconds” while lathering and scrubbing the hands together. People are being urged to wash their hands before eating or touching their face to greatly reduce the possibility of being affected.

Mercy College dorm officials could not be reached for contact about their preparedness for an outbreak.