The Road To Recovery: One Woman’s Walk Through Sexual Abuse 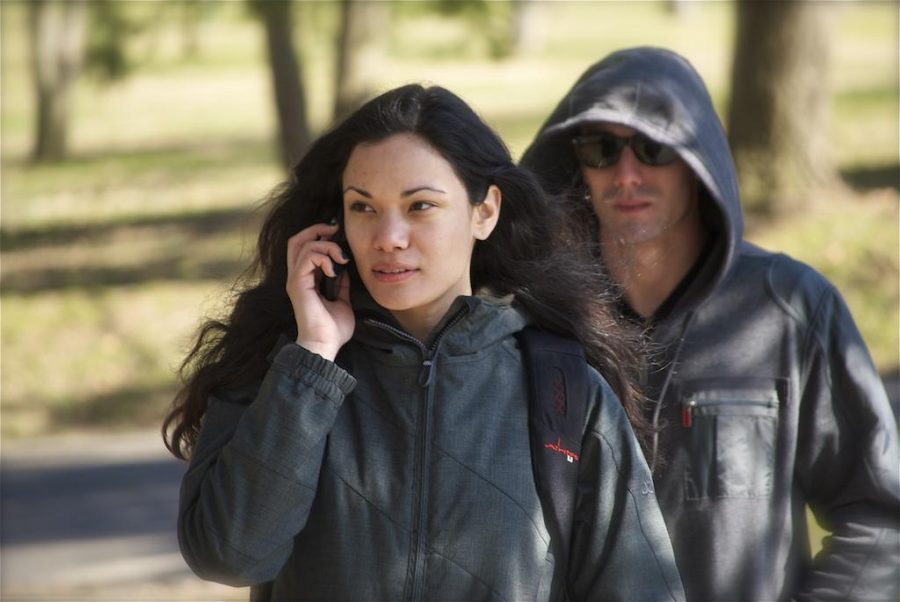 It is an atrocity that violates mind, body and spirit sometimes irreparably. Navigating through the healing process can be akin to crossing a minefield; shrapnel destroys self image and self-esteem. The woman is left lost, wondering how to relate to the world.

Gwen arrives at a trendy but quaint Peekskill coffee shop, and orders something fancy that takes over five minutes to make. She has no reservations of talking to a man about her sexual assault, although men have been the dark aspect of her entire life.

A stately, eccentric 66 year’s young woman, she was dressed in ankle high black boots with cheery colored spandex leggings and a thick warm furry collared coat. Her flowing brown hair was partially in a ponytail and gently laced with stands of gray that added regency to her presence.

Gwen is an extremely self accomplished woman. She is a department supervisor for a successful Northern Westchester business, and has traveled the world over being a part of human rights groups and fighting for the empowerment of women.

But none of her career or life accomplishments affected her ’60s-love-everyone demeanor. To talk with her, one can’t help but feel that he or she could divulge the most deviant thing you ever committed and not be judged.

One feels as if he or she were a free loving being ready to tackle “the establishment.”

Naturally, wondering about the type of child she was, her early family life was of great interest since these are the characteristics that form the roots of who we are. Being the eldest of four kids, from a young age Gwen learned about responsibility. Though both her parents were in the home, it was her relationship with her father that was the most dynamic.

“My dad had been a Marine  and was a staunch Catholic; he was the authoritarian figure in our family. We were extremely close when I was young and in fact, I was raised to be pretty much a tomboy.”

Then her story takes a strange twist.  The conversation up until that point had remained fairly innocuous and light in context; it could be the story of millions throughout the world.

Her closeness with her father would remain true until she started to blossom into a young lady. His whole interaction with her changed, and that closeness turned into something completely different.

“My father began to hate me…despise me…I did not understand what happened. As I look back, it was if he could not stomach the young woman that was emerging in me.”

Gwen believed that her father’s hate manifested from inappropriate feelings that he had for her.

“He would pin me down and tickle touch all over me to the point it was torture when I was younger.  I just felt what he was doing was just wrong and there was something more behind his actions.”

At the same time, his relationship with her mother suffered because he would seem to use Gwen as an instrument to hurt her. His attentions focused more on Gwen and it felt to her as if the three of them were in a love triangle of sorts.

As Gwen got older and became more social, the inevitable party would come up. Her father would not allow her to go alone and would drive her, and then wait outside in the car.

“By the time I returned to the car, he would be a mess from wondering about what was happening with me while I was in the party. I could see that he was agitated and physically shaking.”

The relationship that Gwen had with her father never improved and in fact only got worse through years.

“By my father’s death, the hate he had for me had reached its peak.”

Gwen had to come to terms with their relationship in her own way. Along with a subsequent experience with a boy she refers to as her first romantic interest, Gwen developed a coping mechanism that she would subsequently use to deal with her rape later to come.

“Donald and I were both 17. He was so kind to me and I really felt strongly for him. We had went to the movies one night and afterwards he was trying to do things with me that I was not willing to do. His hands were all over me, and I mean everywhere. I told him no…but he kept going. Eventually he did stop, but because it did not get to the point that he wanted, he never spoke to me again. I spent a lot of time on my front porch pining over him. I was confused and heartbroken.”

For Gwen, her father and Donald were her first exposures to men that she cared for.

As soon as she graduated high school, Gwen left home. She worked various jobs and made her own way financially through college. One of the jobs she had was a house mother at a girl’s art school.

She had dated a few men in the few years after Donald, but none of her experiences with men were particularly great. Because of this, she felt protective for the girls that she looked after. Sometimes, groups of boys would come by the house to visit them and being in her early twenties, some of the guys were around her age.

This is when she met Charles.

“I thought he was a nice guy; we chatted and I got to know him. I guess there was an attraction there but it was never more than anything the two of us expressed to each other and never went anywhere. Besides, I had a job to do and anything that could have developed would have been inappropriate.”

Other than establishing a casual rapport, it would be the extent of her involvement with Charles until years later.

While out one summer evening walking and taking in the local culture, Gwen and Charles had bumped into to each other. The two decided to exchange numbers and over the next few weeks begun casually communicating.

Charles had recently purchased a house and invited Gwen over to take a look at it one evening.  He picked Gwen up and the two of them went to his new home. Everything was fine and the two chatted about things in their lives.

Gwen thus far had no pause for concern about any behavior that Charles had. But things changed as Charles showed Gwen around his new home.

He started to make small suggestive advances that he wanted to make the situation more physical in nature. Gwen began to get uncomfortable and figured that she had better let him know how she felt.

“I could see that he wanted to take things where I did not want to go. I told Charles that even though I thought he was an attractive man, I felt that he was a friend and I did not have an interest in anything romantic or physical with him.”

Charles became more aggressive in his actions after this. Touching her inappropriately and talking in an overtly sexual manner. He knew that Gwen had an intense fear of dogs and he had a large Doberman Pincher. He begun to threaten her and use the dog as a way of coercing her into doing what he wanted.

“He walked to where the dog was kept and it began barking and snarling. He told me that if I didn’t cooperate that he was going to release the electric eel on me which he used as a euphemism for a direct threat of violence against me.”

Gwen was beyond frightened. She was not in a position that she could run away or resist him.

“I submitted and became passive and did not fight or resist. After the act was done, he drove me home. A word was not spoken between us. I never saw him again afterwards.”

She never went to the police or told anyone at the time what had happened to her.

“I felt that if I had gone to the police, they could have concluded that given my failure to fight back that I was guilty…I was willing. I would then feel as if I had been raped again. I felt overwhelming shame about my passivity. Here I was a woman that was involved in movements to unionize large organizations and a feminist leader, but I failed to prevent this from happening to me.”

Gwen says that when it comes to the actual act of the crime against her that she has blocked it out.

“There is something stuck inside that I have somehow compartmentalized. I am unable to fully addressing certain aspects of my being. I have been to a few therapist in order to try and deal with this part of me…nothing has worked. But I also have moved on with my life and do not let this be a hindrance.”

For Gwen, she says that her rape experience was not much different from most of the men she has dealt with in her life.  Regardless if whether or not it was an outright act or violence or more passive in nature.

“The male attitude when it comes to women is that they have certain sexual rights regardless of what a woman says. It is this male sense of entitlement that is key in acts of sexual coercion against women and girls.”

Gwen believes that coping with what happened to her has been a process of coming to grips with not only one sexually violent act, but from a lifetime of relationships with men.

“Learning about sexual coercion has helped me to have compassion for what happened and not blame myself. I was a victim and what happened was not my fault.”

One in four women attending a college campus will either be assaulted or the victim of an attempted sexual assault, according to a study by U.S. Department of Justice.

The study stated the most vulnerable time for a woman is between the ages of 16-24. The report also stated that that many assaults are not reported because victims blame themselves for what happened. Others do not realize what occurred to them was a crime, and some fear their assailants will strike again if reported. The report added that it is best for women to contact not just campus security, but off-campus police as well. The Center for Public Integrity stated in the report, “students found ‘responsible’ for alleged sexual assaults on campuses often face little or no punishment,” alluding to the fact that universities attempt to conceal the issues to protect its public image.

Nearly 75 percent of all rapes or sexual assaults are from someone the attacker knows. The reason females are attacked can stem from her attacker consuming alcohol (100,000 cases a year are due to alcohol) or the attacker choosing someone who is vulnerable (which is why children and the elderly are also at risk.) Yet other experts, like Dr. Michael Ghilgieri and Dr. Ron Sanchez, said in the PBS documentary No Safe Place: Violence Against Women,that most rapists have deep psychological problems. Some are calculating and stalk their victims while others work on impulse and seize opportunity.

Ghiglieri states that testosterone is a “kick starter for violence” and forces aggressive behavior. “I think in general if you want to get the simplest perspective on it, male use violence to control females and they do it very often and they control those females for sexual reasons. It’s done in every species,” he said in the documentary.

The report advises that if you are the victim of an assault, notify friends, family and authorities immediately. Visit a local hospital or clinic and have a rape kit performed. There is nothing to be ashamed of. The report advises to call rape hotlines, visit your local crisis center and and contact advocacy legal organizations.