Google Strives to Become A ISP 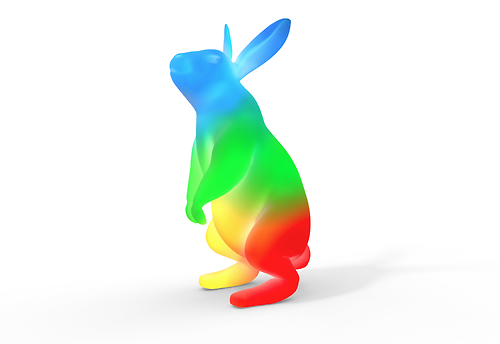 Google aims to change the game once again with their experimental internet service, Google Fiber.

Fiber boasts that its connection speeds are over 100 times faster than connections provided by current Internet Service Providers. The service was initially tested in Kansas City and has already begun to expand to other cities in the area. If the service continues to be successful, it will only be a matter of time before it spans the entire country.

Google is no longer just king of the search engine, but are proving that they are serious about cementing their place amongst Apple and Microsoft as one of the largest software companies in the world. Google’s success is partly due to their willingness to experiment and push the envelope. They have the valuable ability of taking fearless risks. When not creating their own new technologies, they carve their own niche improving existing products and services. Google strives to not only join the market, but evolve it.

Revolutionary is a term that tech enthusiasts throw around often, however Fiber is deserving of the distinction. Google Fiber will provide connectivity at around 1 gigabit per second (Gbps) where current ISP speeds are still being measured in megabits per second (Mbps). One Gb is equivalent to 1000 Mb. For example in our area, Optimum offers their maximum speeds at 101 Mbps with a 15 Mb upload speed.

The difference in speed is going to be noticeable; even to the average user. Although users may think the internet speeds they have now are adequate and welcome them as a major improvement to dial-up, users still occasionally deal with buffering, and lag. These kinds of delays are always apparent when using any live service such as video chatting or online gaming. Even things as simple as watching YouTube can be frustrating due to problems associated with a slow internet connection. To further put the speed of this internet service into perspective, it allows for users to download a full HD movie in seconds.

Fiber is currently the fastest connection in the country and offers extremely competitive pricing, a feature that should have current cable companies worried. The Gigabit internet will cost $70 a month plus taxes and fees, with a 1-year contract the $300 installation fee will be waived. Another service option includes TV and internet for $120 per month, far less than most cable companies. Optimum currently charges their existing customers $200 for their TV, phone and internet, saving the bargain $99 package for new customers with a 2-year contract.

One of the most surprising options they are offering is the average speed option. After paying a $300 installation fee, service will be provided for a maximum of seven years at no additional cost. The fee can be paid in installments of $25 per month for 1 year. The service also includes 1 terabyte of Google Drive storage with the television service including a 2 TB DVR. A Terabyte is a massive amount of storage, equal to 1000 gigabytes, much more than most desktop and laptop computer hard drives.

Analysts have wondered why Google would choose to launch such an important and revolutionary test in Kansas and Missouri. Google says the residents of Kansas City showed the most enthusiasm and therefore won out on the honor to host the fastest internet in the country. Kansas City beat out over 1,100 cities vying for the honor including New York. Many speculate that Google wanted to choose a smaller more rural area with plenty of space to build their infrastructure. Building such an infrastructure in an urban city would cost more and end up being more difficult. The selection of Kansas City will boost job growth with companies flocking to the area, hoping for it to be the newest city for tech growth. Since Fiber has already begun to spread to other cities, it gives clues to the success of the technology; however it is still too early to tell. We can only hope that one day New Yorkers will get the chance to host Google Fiber.