Next Big Thing In Computing Lies in the Clouds 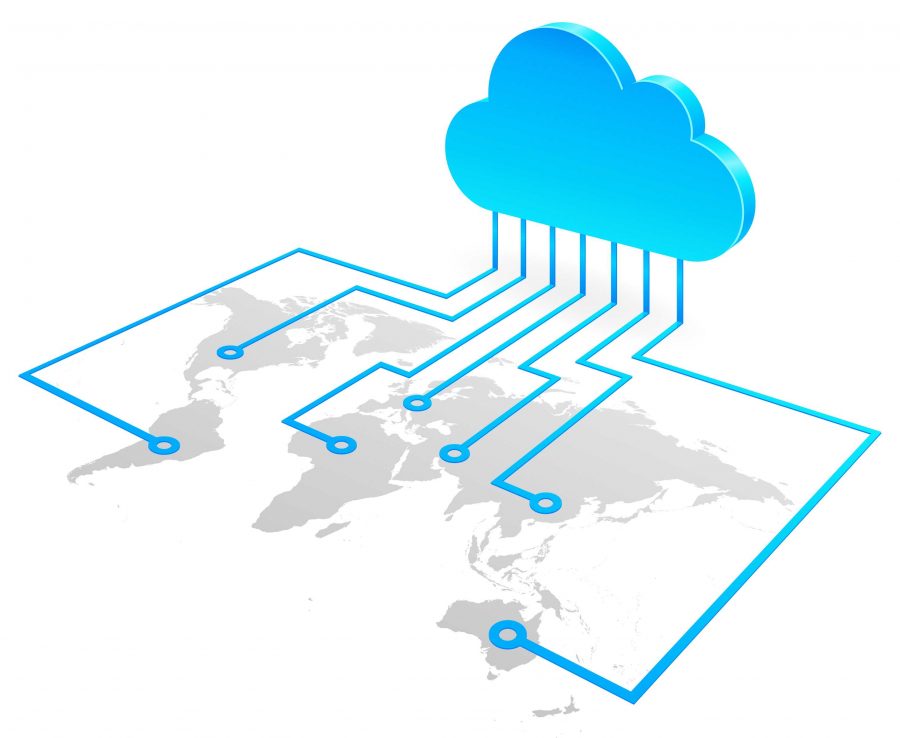 Companies such as IBM, Microsoft, Google, VMWARE and Amazon are all investing a lot in cloud computing, consumers are left wondering if security will be an issue.

Cloud computing is an umbrella term for a host of different services but the cloud is pretty much just virtual servers that are available over the internet. You’ve all seen it on your devices, options to save things to the cloud, but the cloud is way more than just internet storage.

Microsoft’s Sky Drive is an already functioning internet storage service that is a huge hit among users because it has expanded to iOS support, something Microsoft was reluctant to do for obvious reasons. IBM SmartCloud is a popular choice for businesses, while Google Drive and Amazon Cloud Drive are popular for the masses. The possibilities of cloud computing are vast, such as possibly turning any desktop into your home computer by logging onto a cloud service that can virtually display your home PC. Working from home would also be much easier with users being able to access their work computers from home.

Business are excited about  the money saving possibilities that come from using cloud storage such as eliminating unnecessary equipment, providing space, connecting staff and saving time. “The ability to do large computations with analyses was difficult before cloud computing allowed it,” says Jeffrey T. Leek, Ph.D, MS, assistant professor at the Johns Hopkins.

The service can process data from the work of different employees simultaneously and provide an analysis much faster than traditional computing would, normally each user’s data would need to be analyzed separately and than combined to get a final analysis. When using virtual servers you take out a lot of service time and the time of building an infrastructure. Some companies are working with Microsoft IT to build their own Cloud infrastructures.

With all the excitement over Cloud there are still a lot of problems that need to be worked out. To be successful the cloud needs to have not only speed but velocity, it must travel back and forth at a rapid rate. The biggest factor with anything over the internet is privacy and safety. If a computer is never connected to the internet there is virtually no way information on it can be stolen in any way, it’s a giant wall safe. The moment any of us connect to the internet we open up ourselves to countless privacy and security risks. Although antivirus software is helpful for protection, they are not impregnable. If your entire hard drive is placed on the internet every piece of information ever accessed is now more vulnerable.

Computer security is a huge part of the public’s concern when trying any kind of new software; they want to be absolutely sure their information is protected. Photographer Nathan Mccreary is wary about keeping his photos on the cloud “After shooting a wedding, it would be great to easily store the photos but I wouldn’t want them ever being compromised before the bride and groom could have a chance to approve them” he said.  Some cloud providers bypass this security issue by encrypting the data as it travels, capturing data as it is being transferred is the most popular way to steal it among hackers.

Both Dropbox and Amazon Cloud Drive ended up having major security loopholes. For example, Dropbox left local authentication protection in the hands of users (good luck teaching grandma how to do that) while Amazon blatantly states in their user agreements that they are allowed access to your files and any information within them. Although right now the software is new, and more companies with attractive secrets move their data to the cloud, there will be more than just one guy in his basement trying to access it. Companies have opted to have their own private cloud hosted behind their own firewall for an added measure of security.