Understanding Your Car Insurance Premiums Is A Must 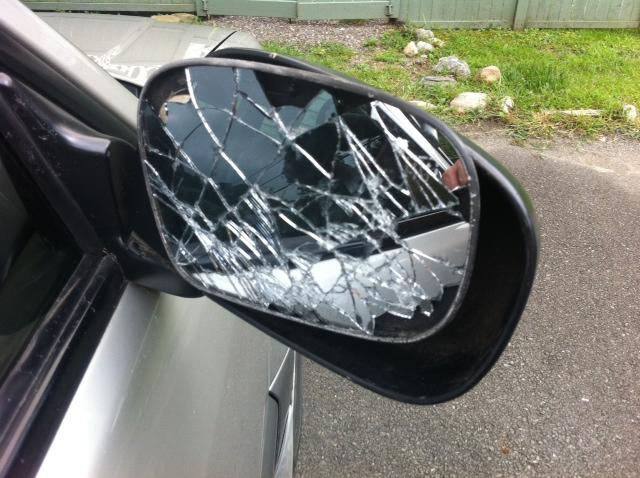 The impact was startling. He pulled over to see what happened and was paralyzed with fear as he saw a teenage girl lying in the center of the road twitching – her eyes wide, staring blankly into the sky.

The passenger side mirror of his car was shattered and broken. Both doors on the same side of the car and part of the rear quarter panel of his Subaru Forester were damaged from the initial impact and subsequent rolling of her young body down the side of his car before she fell to the ground. The road had a posted speed limit of 35 and the driver by his account, was traveling just below that.

Moments prior, Jeff Porter, a Manhattan business executive, didn’t have a care in the world. His week of vacation had just begun and he was unwinding from the stress of his job in a small hamlet about 100 miles north of the city, where he owned a quaint home built in the late 1700s.

Porter had been involved in an accident with a pedestrian that left him standing at the scene in shambles. Other drivers that had witnessed what happened had pulled over and were on their cell phones dialing authorities.

As help arrived, he stood off to the side of the road watching them render care to the girl. He noticed that she seemed to stop moving. He began to panic.

“I thought, ‘oh my god, I hope she’s not dead. What the hell was she doing running across the street like that?’”

For Porter, during those first minutes after the accident, it was not a question of whether or not the incident was his fault. What was most important to him was that the young girl had been hurt.

“I stood there hoping that she was alright and would just getup.”

The teenager was taken away in an ambulance and Porter went home with the emotional weight of not knowing much about her condition.

He contacted his insurance company and informed them of what had happened. Porter did have full coverage insurance, but his policy had coverage that specified to provide $25,000 in bodily injury for each person in his vehicle, $50,000 in personal injury, and $25,000 for any property damaged as a result of the accident, referred to as 25/50/25 coverage.

The insurance representative porter spoke with came across as being very compassionate, especially about the welfare of the girl Porter says. But the conversation quickly began to take on a worrisome tone.

“The agent told me that I did not have a lot of insurance coverage and started asking about my assets. I was then told that depending on the girl’s condition, this could be very serious.”

The fact that Porter could lose everything from his life’s savings to his home and even future earnings was a very real possibility.

Regardless of how good a driver one is, the potential for an accident is always a possibility when driving a vehicle. The only benefit to carrying a low maximum coverage amount is that one can save a bit of money on monthly premiums. In the state of New York, a driver can legally operate a vehicle with limits of liability coverage as little as 25/50/10.

Matt Spector owns a State Farm franchise based in Peekskill, New York. He has been in the insurance business for over 15 years and offers advice regarding vehicle coverage limits and key policy choices.

Spector first says understanding what those numbers mean in your policy is vital. When it comes to limits of liabilities, you should carry enough coverage that provides you the best protection.

“The very first thing you should do is have a discussion with your insurance provider about your assets.”

When it comes to your limits of liability coverages, using the 25/50/25 that Porter was carrying as a model, Spector explains how these numbers break down.

The first 25 is equal to $25,000 and means that you are covered for up to that amount for a person that is injured as a result of your vehicle, per accident.

The second number, 50 or $50,000 is the most your policy could possibly pay out in bodily injury for all hurt as a result of the accident. So if you had four people that were involved in that same accident inside or out of your automobile, the money would come from that maximum amount should anyone involved seek compensation for injuries.

The last 25 or $25,000 would cover any property damage as a result of the accident such as damage to city or state property, even someone’s home.

Spector says, that even in the best scenario, one accident could quickly max out your liability coverage amounts leaving you liable for  anything above the maximum limit on your policy.

Another way that a person can have insurance protection is through what is called an umbrella policy. Spector says that an umbrella policy is just that; it covers assets such as auto, home, and even savings. This is typically a great route for homeowners to go. It provides coverage that extends to anyone that has a bodily injury as a result of an accident in your home or property as well as your automobile under one policy.

According to Spector, it is important to ask yourself one particular question when figuring out the type of coverage and amount of liability limits to have.

“If I injure someone as a result of an accident and get sued, what is it I am at risk of losing?

Spector says that the two biggest mistakes he has seen are people allowing dollars to get in the way for properly insuring themselves, and not being educated about their insurance and how it protects you. Being involved in an accident can turn into a life altering event that anyone can find themselves thrust into.

“If you’re driving a vehicle, you are responsible; liability can be a very gray area in New York…talking with an expert can prove invaluable.”

For Jeff Porter, the accident he was involved in proved to be life changing and will be part of him for the rest of his life.

Over the next few weeks following the accident, Porter’s life was a wreck, above all else because he was distraught that the young girl was in dire straits as a result of it.

He received notification that the girl’s family had retained a lawyer and intended to sue. Within a few days he read in a local newspaper that the girl had been released from the hospital in an unspecified condition four days after the accident. He was somewhat relived that she was out of the hospital, but at the same time angry that they intended to take legal action against him.

Porter was never ticketed and subsequent witness accounts and official police reports indicated that he was not at fault in the accident. Everything corroborated that the teenager had run out into traffic and into the side of his vehicle. It looked as if Porter was a victim of circumstance.

However, despite these findings, the family of the young girl could still have taken him to court. Because of the associated costs for all involved, Porter’s insurance company and the legal representatives of the teenager’s parents reached a settlement deal that would avoid court proceedings.

His insurance company would pay out his max bodily injury liability (in accordance with New York state insurance Personal Injury Protection law or PIP ) amount of $50,000. Then an unspecified amount would be added from insurance the family of the teenage girl carried, to pay towards associated costs of her injury.

There would be no further legal action and his insurance company said that his rates would not be affected.

For Porter, it was an acceptable agreement considering the emotional distress and possibility that the case could be drawn out in court for a number of years. He was happy that his assets and home would be protected but most of all, the girl would be OK.

Porter came to a valuable conclusion as a result of what he went through and made a simple change that was well worth the negligible cost.

You can also contact Matt Spector at (914) 739.3276 for free advice on setting your personal insurance coverage limits.