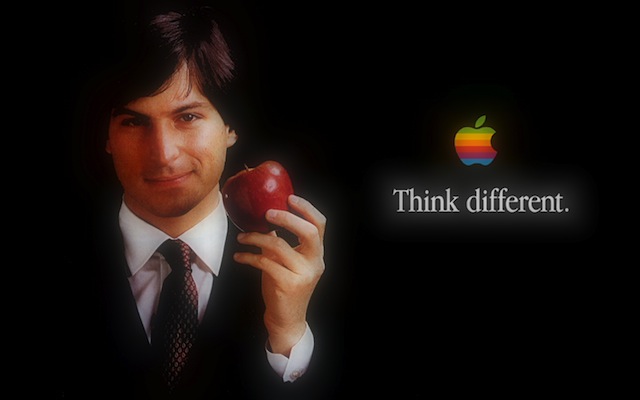 Apple is now the most valuable company in the world. But how do students at Mercy relate to this boom at the Cupertino based company?

For the last thirteen years, Coca Cola has been the most global, popular and valuable brand in the world, until today. Interband a corporate identity and brand consulting company owned by Omnicom, released it’s report of the Best Global Brands annually and has been doing so since the turn of the Millennium. Apple has soared to the top and will soon become a $100 Billion company, and has blown all of it’s competition out of the water. Apple’s value jumped 28 percent to $98.3 billion and Google’s rose to second place at $93.3 billion. Coca-Cola slipped to third place at $79.2 billion.

The top 10 brands include five technology companies, which is a reflection on modern society because as technology grows and develops, so do the people who use it. Apple has a special relationship with students which has developed in abundance in the last decade. Since the launch of the iPod in 2001, Apple became a ‘cool’ company again. It gave people the opportunity to walk around with 1,000 songs in their pocket and this revolutionised the music industry, but also put Apple in a huge percentage of homes around America, thus developing a trust with it’s customers once again. The students of today grew up in the “Apple Decade,” whereas the decade before that was dominated by Microsoft and everyone was using a PC rather than Mac. Apple has rebounded and an entire generation has embraced it.

Talking to students at Mercy college,  The Impact discovered that 89 percent  had at least one piece of modern technology in their possession. I also found that of the 55 people surveyed, all had laptops and over half were the Apple Mac. Nearly 20 students had a version of the iPhone and seven of them had the iPhone 5 or above.

Most students were eager to show off their devices and this is one of the main reasons people purchase Apple products. Apple has always been a sign of social status and embodies perfectionism, something that the modern student craves.

Luke England, 22, is studying “Youth Studies”  and says he uses his Mac for all of his work  because  of “the simplicity of the layout, the easy navigation and performance, and its easier to do pretty much everything.”

Thomas Matthews, 21, is studying Music Industry and Technology. He owns both a Mac and a PC. He said “I game a lot, and I just feel I can do more with a PC without any compatibility issues. The Steam Library for Mac is quite poor compared to the Windows Steam library on my PC; however, most work in the music industry is done on Apples Macs therefore I own one.”

Mercy’s Music program highly endorses the use of Apple products in their studios. The three Electronic Music & Audio Production Labs are each equipped with 15 networked Apple Macintosh computers, each with M-Audio controllers, M-box audio interfaces, and an array of production software from Digidesign and Apple.

The vision that Apple and Steve Jobs had when they were originally creating the Macintosh was to make everything easier, but to also make everything more beautiful. Jony Ive was key in the design of the iMac, a beautiful creation of both technology and aesthetics and this is what Apple was built upon. Ive, who is now Apple’s senior vice president of Design summed up this entire feeling in a ad for Apple that launched earlier this year.

“I think there is a profound and enduring beauty in simplicity, in clarity, in efficiency. True simplicity is derived from so much more than just the absence of clutter and ornamentation. It’s about bringing order to complexity.” 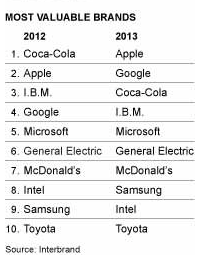 The top 10 list is dominated by American companies with IBM rising to fourth from fifth place last year. Microsoft, General Electric & McDonalds have all held onto their places in 5th, 6th & 7th retrospectively. Samsung has taken over Intel in 8th place with the American chip maker dropping to 9th just above Japanese Motoring company Toyota. Other technology companies have failed to make any ground this year, Nokia was the biggest faller in the top 100, free falling from 19th place to 57th. Blackberry have fallen from the list completely which is a fitting symbolic end to the last 12

months to the manufacturer. This fall from grace for these failing tech companies is evident around Mercy, only four students still owned Blackberries and a mere two people still have a Nokia model phone.