Bronx Campus Surroundings Is Getting A Make Over 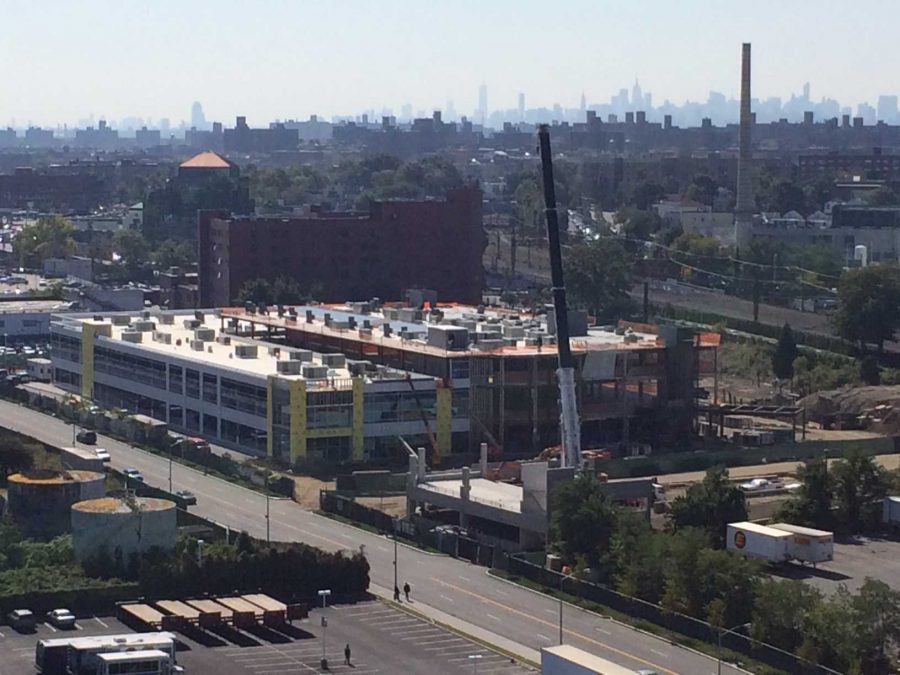 The complex houses major tenants such as Mercy College, New York City Administration of Children’s Services, New York City housing authority, and the IRS, to name a few. Their vision to remodel the Bronx will be in effect as they begin to build several businesses within the complex.

Simone Development bought Hutchison Metro Center 10 years ago when it was a Bronx Psychiatric Center owned by the city. The company had a vision for this 468,000 square foot complex. The first project they started was the construction of Mercy College. Joseph Kelleher, President and Chief Operating Officer, actually helped build the Mercy College Bronx campus.

After the success with the school, they decided to continue to expand. Tower One, a Class A building which houses medicine and office tenants, was built just a year. As the years went by, Simone Development continued to increasingly expand within Hutchison Metro Center.

Concepts regarding the expansion of the complex come from an ownership entity. Therefore, the next development being added is Tower Two. It is going to be a 280,000 square foot outpatient ambulatory center, also known as a bed-less hospital. Patients are going to be able to have surgery and be treated the same way as in a hospital; however, the difference is they will be able to leave the same day. Surgeries in hospitals are extremely expensive especially if the patient stays overnight. But now patients will be able to have surgery, not worry about the financial burden and be able to leave the same day. This is perfect for the area because Montefiore is down the block and there are several medical tenants within walking distance of the complex, said Kelleher. This will officially be open for operation in May 2014.

Hutchison Metro Center is a beautiful site with 42-acres of land. After 9/11, the city was looking for a place to build a call center. After much review, they specifically chose Hutchison Metro Center to build the first combined police and fire department call center for the city. The call center will be taking 450,000 square feet of the complex and will have 1,200 people working inside. The reason for putting the call center in this area of the Bronx is because of the quick access to all of the major highways and bridges, said Kelleher. Also, the building will have redundancies in electric and telecommunication services. Therefore, it will be getting multiple sources of energy. It will be open for operation in 2015.

Another benefit of the complex is the parking. However, since Hutchison Metro Center is in the process of a major expansion, an 800 parking garage will be added. That way it gives workers, students, and visitors less of a hassle to find parking. Those who drive to work are not worried about the expansion or influx of people coming to the complex.

The next big development being built is the Metro Center Atrium. This will be taking 360,000 square feet of the complex and contain office/medical and retail space. This will be open for operation in the spring of 2014.

Alongside the atrium, an LA Fitness is also being built, and on top of the building will be a 125-room Marriot Residence Inn. The LA Fitness will take up 50,000 square feet of space. The gym will also have a variety of different classes its members can take. There will be aerobic basics, aqua fit, hip-hop, Latin heat, and kickboxing cardio classes. Mercy College students will benefit from this as well.

“I love that they are building a gym next to the school,” said a passing Mercy College student. “Now I don’t have to drive to the gym, I can walk.”

Many students are planning on going before and after their classes. It will be open for operation December 2013.

The Marriot Hotel will be 97,000 square feet and each room will include a full kitchen. “A hotel is perfect for this area,” stated Kelleher. “About 300 million tourists visit the Bronx Zoo and Botanical Gardens a year; therefore, tourists can stay at a local upscale hotel for an affordable price and not worry about commuting all the way back to the city.”

The Marriot will also be the first hotel in the Bronx, and prices will be much more affordable than in the city. Also, another benefit is the 24 -hour security the complex provides. Their motive is to give their residents a sense of safety when staying at the hotel. It will be open for operation July 1, 2014.

Even though all these amazing developments are still in process, Simone Development  is working on adding more to the Hutchison Metro Center. Behind the Metro Center Atrium, it is looking to build either an Applebees or T.G.I. Fridays.

Two things Mercy students will be excited to hear is what Kelleher is working on adding, including a free shuttle bus for those entering the complex due to the vast entrance. However, since hundreds of people enter this complex on a daily basis, the shuttle bus often takes time to pick up students. Therefore, Kelleher is working on making the inside of the complex an actual city bus stop. This would allow students to get to school faster. Lastly, alongside the complex are railroad tracks. Therefore, plans are in the works to create a stop on the Metro North. This would greatly help students going to the Dobbs Ferry campus. This operation will be in effect in 2019.

The vision and reputation of the Bronx is increasingly changing.

“I look forward to developing the Hutchison Metro Center into a complex where people can work, live, and play and ultimately contribute to the economic development of the borough of the Bronx,” said Kelleher.