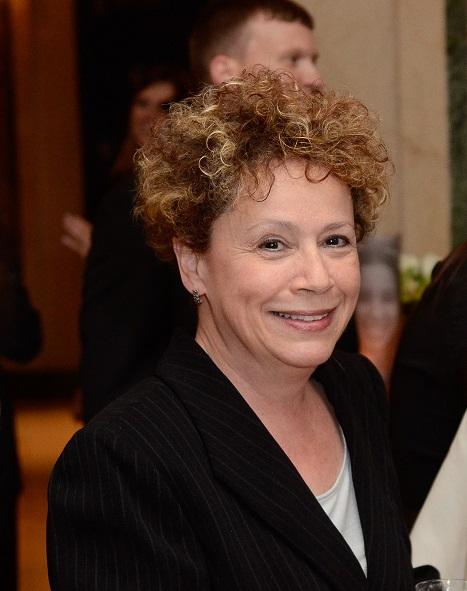 Not many students have stepped inside the sacred walls of Verrazzano Hall. They have not tiptoed along its camel-wood floors trying not to make the boards creek disturbing its residents, or have realized how the large glass doors substituting as the old house’s back wall truly complements its historic elegance, in some way making it monumental.

It seems only right to take a picture or gaze in silence to pay tribute to its legacy.

Mercy’s four campuses have been singing the praises of Mercy’s interim president for the semester’s first few weeks. “She is just lovely – a hard worker with great energy, good to be around,” Verrazzano Hall’s administrators have gushed to The Impact.

How could anyone not feel a twinge of guilt for not wearing a suit and tie for a proper first introduction? It was too late; her large mahogany door was opening to the lengthy, not so Oval Office. With a smile and a cordial handshake she invited the Impact into her large office. It isn’t long before we could see why she was the first choice for the job.

With the unfortunate goodbye of last year’s president, Dr. Kimberly Cline, Dr. Concetta M. Stewart was quickly appointed as interim president for the  2013-2014 school year. With an eager and friendly gesture she motions met to sit, choosing the seat at the head of the table.

“I had only been working at Mercy for a few months when Dr. Cline decided to leave.  However, I knew that my colleagues and supporting officers were committed and hard working (attributes she values and aspires to) and we were going to get the job done,” she answers with confidence.

While she may have been passed the baton rather unceremoniously, she spends little time dwelling on the speedy appointment. “Life happens, I am happy to rise to this opportune challenge. I have always been eager for a challenge,” Stewart admits with a smile.

That comes as no surprise considering our new President comes from a strong marketing and communications background. Prior to her new position as Mercy’s head honcho, Stewart held deanships at both Temple University and Pratt Institute in Brooklyn. While at Temple, she successfully transformed its Communication and Arts Departments. She strategically plans to do the same at Mercy.

“Mercy has a rich history, and I have always seen this school as a front runner in higher education. I take pride in the fact that we are a positive and progressive example to other schools. My only hope is that we can keep that same motivation to bring Communication and the Arts closer to Mercy and its students, ” Stewart notes before bragging about the faculty of each Mercy school.

Among her team are Grammy Award winners, authors, businessmen and collegiate pioneers. Her delight is suddenly obvious to anyone who may not have known the secret talents of Mercy’s professors.

“Just last week our Computer Science and Math Program was recognized for its cyber security excellence related to their recent Capacity Building Grant at a local conference,” she says with her head held high.

She smiles and leans forward in the large but modest office chair, “I was bursting with pride at the conference; it proves our innovative spirit is leading edge and can give our students what they need to prepare them for any field in our global economy.”

With multiple campuses and Mercy’s modern strength, it seems as if being president means one has to be in two places at once, and some days it might seem like she is. Stewart frequently bounces back and forth between Manhattan, the Bronx, Yorktown and finally back to her office in Dobbs Ferry.

“I like it here; it feels like home,” she notes, glancing out the window, “but I still have some exploring to do.”

Though her time in office may be temporary while the global search for next year’s president is still underway, Mercy is sure to benefit from Dr. Stewart’s forward thinking and progressive plans. The interview comes to a close, as the President is called to duty elsewhere, but not before a reassuring smile leaves the impression that she is always willing to make time for the students she is committed to.

“This was a major transitioning year for the school; our next President needs to be someone who is deeply committed to Mercy’s quality and academic programs. These are not easy jobs; I’ve always said with a big heart and open mind we can solve anything.”