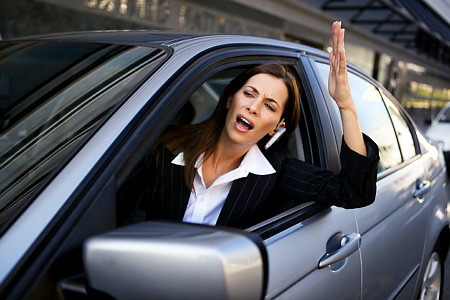 The Sept. 29 confrontation between the motorcycle group and the SUV on the Westside Highway in New York City has made people a little more nervous and aware when driving on the freeway.

A group of motorcyclist attacked a family in an SUV for tapping the back of one of the bikes trying to slow down traffic. The bikers immediately surrounded the SUV scaring the SUV driver who had his wife and two year old child in the car. The driver Alexian Lien reversed the car running over numerous bikers and sped off leading to a horrifying chase.

The car was once again surrounded at the George Washington Bridge exit and one of the bikers tried to open the door. The driver once again pulled off fearing for the safety of him and his family. The man was finally stopped in Harlem and was brutally beaten and slashed. The car was also damaged.

When officer Fredrickson of the Yonkers Police department was asked what should the man in the SUV have done, he responded, “It is such a tough call in this situation because he was scared with his family in the car. He should’ve stayed on the highway and called the police. They maybe would have met him at one of the exits and handled it from there. But again, when you are scared, you are not thinking like that. Uou just want to get out of the situation.”

Westchester also has their number of road rages, but none of them as severe as this case. In Larchmont, New York, a Rabbi named Alfredo Borodowski, who is 49 years old, was arrested for road rage. He impersonated a cop and pulled over a women who “driving to slow and reckless.” He flashed a badge at her and told her that if she keeps driving like that he will arrest her.

In this case of road rage there was not as much violence as in the NYC road rage case. It is just as horrifying when you think about what the man who was not a cop could have done to the women.

In Dobbs Ferry at Mercy College, 38 percent of students say they have had road rage incidents in the parking lot of the school, according to a survey taken by 100 students.

Many students have had arguments of parking spots. Most of the arguments take place Monday thru Thursday from 10:15 – 2:50. That is when the campus is usually at its busiest.

“The parking lot gets crazy. There are days when I wish I was not a commuter. If I had the money to dorm, I would, just so I would not have to deal with the parking situation,” says student Demetri Humphries.

“They need to add some more parking lots. it is like a miracle if I find a parking spot close to where my class is,” say Alexandra Martinez.

One student even admitted to being the cause of road rage. She claimed that she was in a rush to class and the car in front of them stopped to chat with some friends. The aggressor honked the horn repeatedly and cursed out the girl in the car in front of her almost causing a fist fight in the parking lot.

One school professor says if you leave your house on time and get to school early enough, parking is not an issue. Parking is only an issue for students who come to school late.

Road Rage can cause serious injury. Be responsible and drive safe.