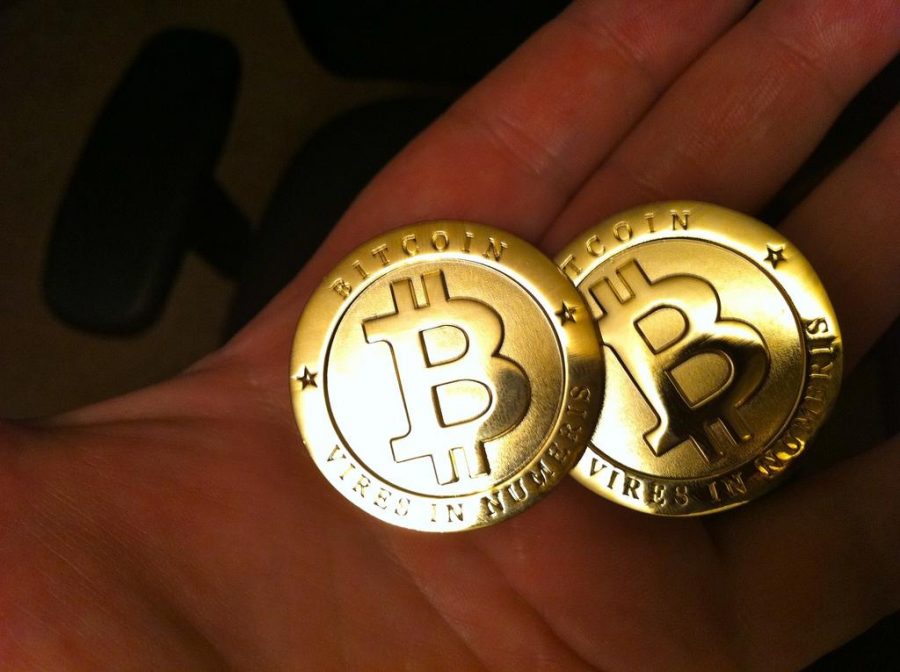 No one thought that Bitcoin could ever be a success. How can one company single handedly form a new type of currency?

Bitcoin changes the way people use money online. It’s a peer to peer payment networked completely powered by users with no middle men, banks or any other central authority. Essentially this means that the transaction does not go through a bank. It is an open source system with the code available to anyone who can understand it. Bitcoin doesn’t consider itself a company or even an organization, yet more of a community.

“Bitcoin has no official organization, individuals with authority, nor spokespeople,” according to Bitcoin.org.

Bitcoin has created a new type of economy that has business analysts and economists who doubted the system flabbergasted. The Bitcoin circulation has surpassed $1.5 billion. Although bitcoin has been even more successful than anyone imagined, the fact still remains that most of the general public have no idea what it is.

“What the hell is a bit coin?” said Daryl Correa, an alumnus with a degree in computer animation.

Beyond the general public there are many famous people who support the idea of Bitcoin.

The whole idea is hard for the average person to understand. Bitcoin is mutually owned by all of its users. It can be compared to the days before circulated currency was widespread. Imagine being a prospector digging for gold, eventually you come across a vein of gold embedded deep in stone.  After using a good amount of elbow grease, you end up with some gold. You could take that gold down to the general store and trade it for goods, creating a circulation of gold. That is similar to how Bitcoin mining works.

“Mining is the process of spending computing power to process transactions, secure the network, and keep everyone in the system synchronized together. It can be perceived like the Bitcoin data center except that it has been designed to be fully decentralized with miners operating in all countries and no individual having control over the network. This process is referred to as “mining” as an analogy to gold mining because it is also a temporary mechanism used to issue new Bitcoins,” according to their site.

Technically you didn’t buy that gold with more gold, but you paid with effort and time.  That is essentially how bitcoin in generated, without someone mining the gold, it exists but no one can use it for trade. After Bitcoin has been generated it can be used to purchase goods and make trades.

Individuals can also just buy Bitcoins with normal currency. “If you aren’t interested in competitive mining for Bitcoins, then what is the point of using it,” continued Correa

Another revolutionary aspect of the whole bitcoin organization is that their website contains both an advantage and disadvantage page.  The website claims payment freedom, when you don’t use a bank you don’t have to follow any limitations or rules, there are no transfer limits.

“People are getting tired of mistreatment by big banks. I can see Bitcoin being worthwhile, the idea of not dealing with banks greatly appeals to me,” said Tanita Hendley senior studying health science.

Most Bitcoin transactions have little to no fees and the fees are usually less than credit card and paypal fees. When using paypal there is a large amount of red tape associated with using it and as many users have found that it is extremely difficult to make claims.

Another advantage is that the open nature of the currency allows it to be used anywhere by anyone.

“PayPal alone blocks access from over 60 countries. Whatever the reason, we don’t think an individual blogger from Haiti, Ethiopia, or Kenya should have diminished access to the blogosphere because of payment issues they can’t control,” says Andy Skelton, Developer, for WordPress

The organization also lists security and control among its advantages. There is no personal information shared with Bitcoin and it provides fewer risks for merchants. The information covering Bitcoin is transparent and neutral.  The security associated with Bitcoin is that it is cryptographically secure, and uses secret coding that is difficult to crack. The site maintains that no one can manipulate Bitcoin protocol because of its cryptographic security, however in the days of the interest, that is a hard pill to swallow.

“With e-currency based on cryptographic proof, without the need to trust a third party middleman, money can be secure and transactions effortless,” says Satoshi Nakamoto, Bitcoin Developer.

The disadvantages of Bitcoin listed by the organization is that it is not widely accepted, which puts limits on the currency. Bitcoin is also extremely volatile. The price of the coins can either drop or rise at the drop of a hat. Individuals can compare this as if using stocks for currency – stocks can either go up or down in value. The site admits that Bitcoin has the potential to become worthless, but they are taking measures to prevent that by putting a cap on how much Bitcoin is in circulation.

Apparently, you cannot just create a new form of currency without having some bad apples try to spoil the whole bunch. “Bitcoin is money, and money has always been used both for legal and illegal purposes. Cash, credit cards and current banking systems widely surpass Bitcoin in terms of their use to finance crime,” the company says.

Bitcoin has been ruled to have the same laws and regulations are normal money after a criminal used bitcoin for a Ponzi scheme and then argued that bitcoin was not even real money.  The outcome of that case is just how you would suspect it to be, the individual was convicted and put exactly where he belongs.

Not surprisingly people remain skeptical of Bitcoin, especially when the company itself acknowledges their potential for failure.

“It just seems kind of pointless to me? Why not just use real money?” said Correa.

However, the success of Bitcoin would be a profound experience allowing individuals all over the world to take back control of their finances from banks. Currently Bitcoin is not subject to taxation, however if it continues to grow as it has then we can suspect that eventually governments are going to require their share.