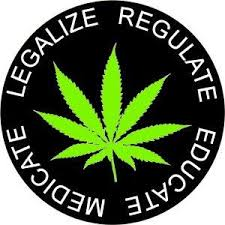 Governor Cuomo announced in early January that the use of medical marijuana will be allowed in about 20 hospitals statewide.

Following the path of a few states who have also legalized the use of medicinal marijuana and too soon to make any assumptions as to when it will be available, New York is far from legalizing it’s use recreationally. Unlike California, where rumors have it that you can receive a medical marijuana card from anything from a back ache to trouble sleeping or eating, New York’s new laws will be strictly for the intended use of cancer and glaucoma patients only.

Marijuana. Pot. Weed. Oh that sweet sweet mary jane! Smoked throughout the decades by every race, gender and age. Having been decriminalized in New York State over the years it is now the equivalent of receiving a traffic violation, (as long as you’re not muling it across state borders by the poundage) there may be a hope in the future for its legalization for recreational use.

Many cancer patients and those suffering other ailments are able to score usually without a hassle. Whether it eases nausea, helps with pain or depression, the bigger picture at hand is that it is in fact helpful self medication.

Not to downplay the laws because there are repercussions for serious offenses. Considered a hallucinogenic drug because of all the chemical altering that goes into different types of bud, the natural form is actually considered an herb.

It has been used medicinally for over 4,000 years, having many positive effects on both the body and soul, it is a wonder why New York has taken so long to relax their laws and consider it’s right to be in the hands of the sick.

Originally used in cooking, it did not start getting smoked until that way of ingesting it’s medicinal powers was introduced by the Mexican culture to the southern states after the Mexican Revolution in 1910. It had been in our great country much longer than that, but usually as no more than an ingredient.

There is no lying in saying that ‘weed’ has a bad rap. Labeled as a gateway drug for years, it seems as though it is slowly being accepted again publicly. Polling shows an almost even split in the public’s opinion on acceptance of Governor Cuomo’s new laws.

For puff’s sake, let’s go ahead and pretend that in the semi-near future it does in fact get legalized for recreational purposes. From the lovely folks at Kind Love dispensary in Glendale, Colorado, a little research indicated that not only are they completely stocked in hundreds of strains for every taste, they are also quite accommodating in helping where to find MMJ doctor referrals. If smoking is too harsh on you, then no worries – they have an array of anything from edible baked goods and beverages to vaporizing and suppositories.

The fact that Colorado and Washington have now legalized its recreational use, the government both federal and surrounding states are keeping a close eye on the model of laws that both states have set forth. Theses laws are relatively new so watching how things play out on all levels will influence other state laws.

Of course people who may work in city jobs such as police and fire departments would still require a drug test causing them not to be able to indulge, if you will. The reasons why are obvious – no one would want a stoned police man trying to get back your stolen purse.

Pricing for one thing may be the most important issues relating to the state’s sale of the “drug”. Quality is another. Together these two aspects need to be regulated strictly for the purposes of competing with the black market. For example an eighth, which has a street value of about $55 to $65, would legally be sold in a dispensary in California for about the same. Give or take a few dollars on taxes and such, the new rules in Colorado are being set forth so that the product being sold must be grown, cultivated and sold by the same state authorized persons.

Regulations on the amounts that can be issued to patients and buyers is still under review, considering that in the very first week of Colorado legalizing the stuff, they completely sold out of it. Also the laws against carrying from state to state are quite strict, causing holes in the system allowing backwoods drug trafficking.

The laws have come far considering how strict they have been. Governor Cuomo’s actions are usually done in a progressive manner. His fight for gay couples to marry lawfully was a success, and it seems he is an open-minded gentleman with his eyes on the prize for the well being of the greater good.

To take a step back and contemplate the real issues at hand, the facts are there. Marijuana is not a main source of crime, though it is not completely innocent.  The solution would be regulation of said substance to keep the black market out of business.

Though it probably won’t be soon, the City of New York is making strides for sick patients one hospital at a time, and that’s what matters.