Why Can’t We Be Friends?

Can men and women be friends? Mercy college students tackle the age old debate and ask a few of their own relationship questions. 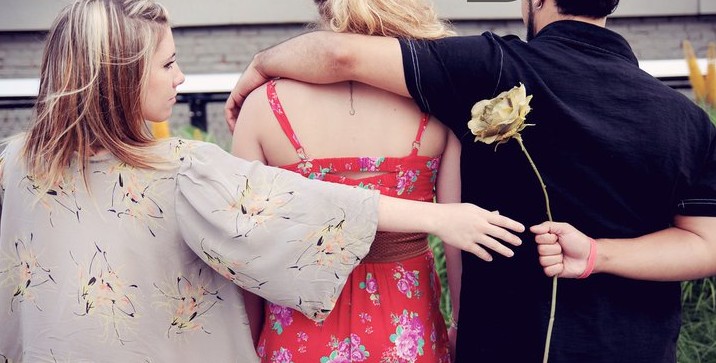 Growing up with three brothers meant I spent more time playing in dirt than primping my Barbie’s hair. Star Wars took precedence over Hannah Montana, and climbing in trees with the neighborhood boys was not yet classified as inappropriate for a maturing young lady. I later came to learn that having boy friends and a boyfriend was also inappropriate, and usually resulted in angry texts and ridiculous promises that something will change.

But I didn’t want to change. I am a guy’s girl.

A boy’s way of life seemed gutsy and less complicated by fashion rules or etiquette expectations. Even now that may be one of the few things that remain true as boys turn to men and girls into women. But somewhere along the way the privilege of calling yourself a “guy’s girl” fades and begins to carry innuendo.

With puberty comes the introduction to attraction and the dismissal of any male-female friendship. According to just about every news outlet, the New York Times, the Huffington Post and CNN, all taking note from Harry and Sally, men and women cannot be friends. Still, as society we digress and continue to question whether they are all right and pry further into the a series of “what if’s” regarding whether one must choose between a girlfriend/boyfriend and a girl/boy that is a friend.

Can we have both?

While the Times continues to scratch their chin, the Impact News took to Mercy’s halls to see if we could find an answer.

With so many variations of relationships, those who lent their opinion found themselves asking their own questions and basing their conclusions on the intentions of the opposing party (i.e. this supposed guy friend).

“I think guys and girls can be friends. It just depends on the intentions of the guy my girlfriend would be hanging out with,” shared Mike Afficiano, one of Mercy’s digital art majors. “Have they known each other for a while? Do I know him?”

Afficiano’s class mates quickly chime in to support that the friendship between sexes can in fact work but balances on a fragile sense of trust. “We are guys. There is always going to be a small percent of doubt in the back of our heads that something else is going on. It’s human nature,” added Steven Bateman.

The open question quickly turned into a debate when Luis London interjects, “it’s just the other percent that counts.” He smiles shyly because he knows he had hit the group with a cynical one liner that killed all previous situations.

“There is always going to be that unspoken desire to hold on to the one you’re with and make it known that she is yours; otherwise someone else will make her his.”

Again he had induced silence in the circle with his irrefutable truth. Bateman answers with a compromise, “I wouldn’t make my girl choose between me and her guy friend,” he emphasizes with his hands and a slight eye roll, “but I’d definitely make it known that I wasn’t comfortable with it.”

Afficiano rejoins the conversation, “I think women overlook the huge amount of pressure a guy is weighted with by protecting his girlfriend. The hardest thing to do is be protective without looking like a douche. It’s a double-edged sword,” he smiles and shrugs.

Who could blame him? A lot of the time that is all you can do when it comes to girls or relationships- smile and shrug.

The idea that woman and men will have, or ever have, seen eye to eye is a laughable fallacy put to rest by decades of breakups, make ups and miscommunication. The ladies at Mercy may not completely agree with the guys; even here as in the real world, that is a rarity.

“No way,” Miranda Rodriguez shook her head. “Humans have too many feelings. As a friendship grows, you learn other things about that person, and you become attracted to who they are.”

Seeming proud of her statement, Rodriguez’ view on the subject stands out for a number of reasons. Her confidence allows you to believe her opinion is based on personal experience or more on one that had gone wrong. Because of this, it makes perfect sense that her answer would be a strong “no.” But her rebuttal gains a sense of respect with her unconscious assumption that humans can fall in love in the absence of physical attraction, also a rarity in today’s world.

Our conversation starts to feel a lot like it had with Afficiano and his group of gents being transformed into a dispute in need of further opinion. If there is one thing certain of women, it is that we like giving our opinion…on everything.

“A good relationship needs to be based on more than material things and attraction. At the end of the day I think a girl and a guy can be friends, but only if they aren’t attracted to each other,” adds Gaelle Chaery, one of Rodriguez’ gal pals.

For the first time, it dawns on me that hidden deep within our generation lie morals. Millennials are constantly blamed for their loose living and an uncanny desire for one nighters. However, all who had already voiced their stance on opposite sex friendships alluded to one shared element – trust.

Experts from University of Wisconsin created a Journal of Social and Personal Relationships that tested the limits of cross-sex relationships. Coincidentally enough, a majority of their statistics come pretty close to Rodriguez’ perception of attraction.  The researchers found that physical, sexual, and emotional attraction are undoubtedly interrelated, but don’t necessarily create a basis for intimacy. This means while one may find their girl/boy friend attractive, they are not attracted to them.

This group of researchers also found that men are more likely to overestimate the possibility of a romantic relationship with a female friend than she with him. While this may explain men’s pull for dominance, it almost contradicts the reason behind needing to be dominant. Their relationship journal has proven that getting the girl is less intimidating than actually trusting her to define her own dominance in a girl/guy relationship.

Like worried parents waving their 16 year-old off with a new shiny license, they press caution. “It’s not you that I don’t trust – it is the other drivers.”

But if that is really the case why is it not enough for men to just do as they say and trust a girlfriend to be the one to drive or rather hang out with caution. 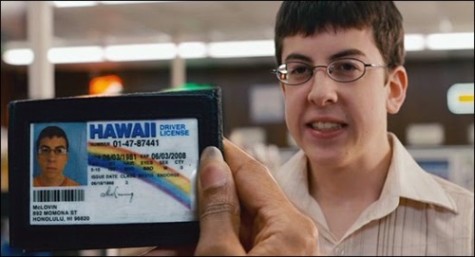 Surprisingly, Chaery comes to men’s defense in saying “because girls are trife!” This question has taken her from 0 to 60 in a matter of seconds, but I have failed to follow so she slows it down for me.

Waving a finger and bobbing her head she elaborates by saying that women are seductive, perhaps even more than a smooth talking man. “They will seduce you just for fun. It doesn’t always matter if you are taken or not; sometimes that’s their motivation. That’s why the trust has to be there.”

With a deep breath she apologizes, “Sorry, I just got a little hood on you.”

Looking back on it, I can see that Rodriguez was not the only one speaking from previous life experience, but also Chaery and the circle of guys I had met in Victory Hall, who had also made up their minds from moments drawn out of their own sticky situations.

Life’s hardest questions are the ones without answers. We struggle, over analyze and ask for objective opinions of others refusing to accept the fact that sometimes there is no right answer. A “yes” for you might be a “no” for someone else. Men and women are different creatures, and as a result, will probably spend most of their time with opposing platforms.