The Rising Cost of College 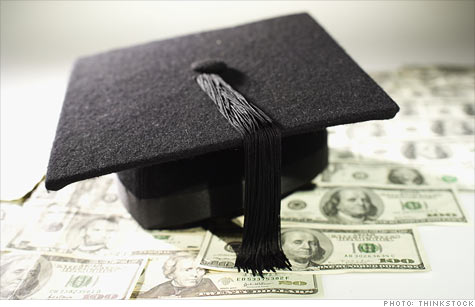 College prices are constantly increasing and the pressure to succeed is climbing along side it. The inflation of college tuitions and other costs has been exponentially climbing, and now research shows that it rising 4-6 percent annually. In other words, a college education that costs $10,000 last year will now cost $400-$600 more this year. At this alarming rate college fees are going to double every 12-18 years.

Mercy College has one of the lowest private college tuitions in the state and for an undergraduate in the school year 2013-2014, the full time fee is $8,498 per term. The college is striving to the best it can when it comes to tuition fees and next semester, and it is rumored they have promised to keep the inflation rates down to just 1 percent, which is significantly lower than the national average.

Many students are questioning the validity of paying such a high amount for a degree but Pew Research shows that a college degree really does help young Americans get a job. On virtually every measure of economic well-being and career attainment – from personal earnings to job satisfaction to the share employed full-time, young college graduates are out performing their peers with less education.

The median earning among the millennial ages of 25-32 with a Bachelor’s degree of higher now stands at $45,500, which when compared to the $28,000 of the median earnings of a high school graduate is a lot higher than many students would have imagined. The unemployment rate between the same groups of people is also outstanding. More than 12 percent  of high school graduates are currently unemployed compared to a mere 3.8 percent of people with a Bachelor’s.

Jessica McGrath, a junior speech pathology major, believes that “There are both pros and cons to tuition fees rising. In my opinion, to keep up with inflation and our growing economy, colleges need to slightly raise their tuition fees every year so to benefit the students with new and improved facilities; however, the rise can be extremely difficult to keep with for some students, and colleges needs to take that into consideration.”

One of the main reasons for the rising costs of colleges throughout the country is the demand for acceptance. With supply and demand, the more people that want the same thing usually drives the prices up. More students than ever are attempting to get accepted into college and this allows these institutions to be aggressive in their prices. They know that their places will be filled so if one student decides to go somewhere cheaper then another will come along soon after and decide to stay with them because the cheaper college is now full. The demand is highly welcomed by these schools because the influx in revenue allows for developments, whether than be aesthetically improving the school or internally expanding programs.

Kiersten Ettinger, a sophomore behavioral science major, agrees that “schools will do whatever it takes” to get students to return at the end of the year whether it be adding new, expensive technology and giving students more opportunities to participate in college activities that benefit their education.

“Someone has to pay for it and it will most likely be the students,” she said.

When it comes to jobs after education, 86 percent students with Bachelor degree’s say that they have a career track job in which they feel they will be a part of for the majority of their working life. In contrast only 57 percent of people with a high school diploma feel that they are in a career track job, with most of them hopping between different jobs for different employers. The people with the higher education are also more satisfied with their current jobs and feel that their education was very useful in preparing them for their adult lives. These statistic show that for many people the benefits of a degree definitely outweigh the financial burden imposed by four years at college.

Even though so many young Americans now have the chance to come to college, it’s difficult to say whether or not the degree for which they are studying is aiding them in their further careers for themselves and their country. President Obama recently said, “I promise you, folks can make a lot more, potentially, with skilled manufacturing or the trades than they might with an art history degree.”

Obama questioned the validity of many liberal art degrees including art history. The president’s remarks came on a trip to Wisconsin, where he was promoting his proposals on job training and efforts to revitalize American manufacturing.

This leaves the Millennial generation stuck between a rock and a hard place. They are the best-educated generation in history and at least 34 percent of them have at least a bachelor’s degree and they are earning more than anyone is over the last 50 years. The median earnings of today’s Millennial generation ($35,000) aren’t too much different to that of the early boomers ($34,000) or Generation X ($32,00) but nonetheless, they are earning more. But the cost is now job security and helping to build a better America. Students all over the world leave college with a huge debt behind them. Different countries have different time limits in which the money has to be repaid.

The rising cost of college is universally accepted by young people today, as they understand how inflation works and they can see first hand where the money goes. The only problem left for them is choosing a degree that the President approves.