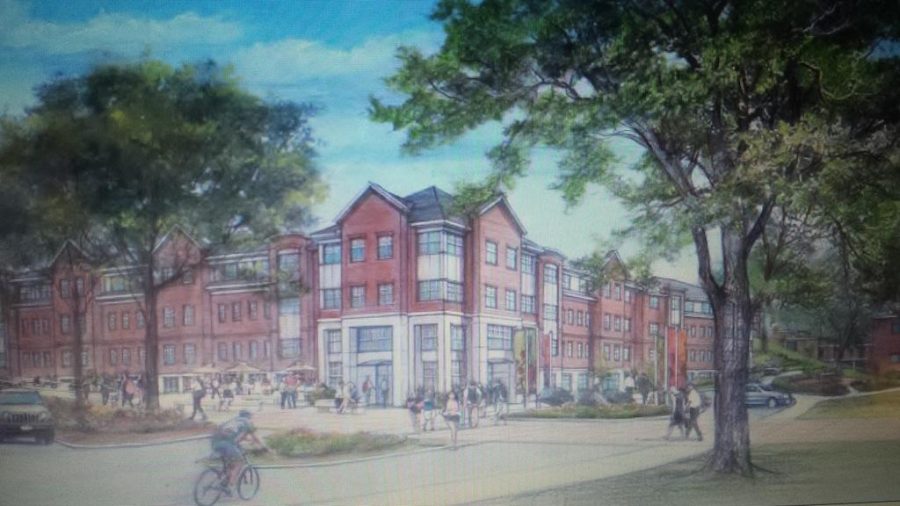 Mercy College is planning a $30 million project to build a 350-bedroom dormitory on the Dobbs Ferry campus that will be unveiled by the fall of 2015, pending township approval.

The new dorms, which would include new amenities such as a 5,000 square foot fitness center and a grab-and-go coffee station, are expected to increase student engagement on campus.

“We want to bring a sense of community to Mercy,” explained Joseph Schaefer, CFO of Mercy College.

The design process, which started 15 months ago, is in its final phase of approval. Construction is expected to begin in the summer of 2014, with hopes to finish all renovations for new and returning students for the following fall 2015 semester. The township of Dobbs Ferry still needs to approve the process.

The cost of the project will not affect Mercy College tuition, said Schaefer, as he does not foresee any substantial increases in the future.

This building will be housing 350 more beds which will consist of 19 six-bed suites and 54- four-bed suites.

No classrooms will be offered in the building, as the building will be a designated for student activities only. A natural quad will be formed, along with a sitting area, a place where students can un-wind after classes.The student lounge is expected to host franchises. As of press time, a Starbucks is confirmed.

Walking around campus will also be easier, as there will be more paths to get to and from the Victory building and Mercy Hall. Bicycle racks and paths will also be placed near the building, for alternative transportation for students and faculty.

The improved paths will also allow commuters with cars to drive easily onto and through the campus.

“We want to create a positive, educational environment for staff and students,” stated Schaefer.

Dobbs Ferry is the only residential campus for Mercy College. Currently the dorms and hotels house approximately 650 students. The two hotels where many Mercy College students live in may remain if occupancy exceeds 700, according to Schaefer. Shuttle buses will also remain as long as students are being housed off-campus.

Upgrades to the older dorms, which will include central air and other improvements, will also be pursued for the accommodation of students, in the near future.

With all of the new upgrades, 30 parking spaces will be cut. Current residents park in the R Lot, and as will the new dorming students. There is no parking deck, but it may be a consideration in future project discussions, according to Schaefer.

“It is very beneficial for the school and for the student count to increase. It is a great asset, but for commuters like myself, it takes me usually 20 minutes to find a parking spot, so I can imagine how it’s going to be after the cut,” said Chealsea Sunico, a senior commuter at Mercy College. “Even though it won’t affect me since I am out of here soon, for future commuters they should think of an idea to increase parking for commuters.”

New renovations will also take place in the Victory building and in the financial aid office to accommodate all students and faculty. An elevator will be installed, as well as a new music studio.

“In the past few years, Mercy has seen a lot of projects. We will continue to make improvements to accommodate everyone,” said Schaefer.

Even with the new construction, tuition will remain the same. The college is looking to make changes, yet keep Mercy College an affordable institution, according to Schaefer.

“Everyone in the community is behind this. We all want to make this a college town.”

Students will not be able to get into the dormitory without a proper Mercy College ID. There will be a designated area where commuters and faculty will be able to enter the building to enjoy the lounge, as well as the coffee station.

With all the changes that are occurring, there are plans to expand the amount of security on campus. There will be an increase in one security guard every shift. There will always be a guard in the new building as well as plenty of other roaming campus for safety.

While this is not only a benefit Mercy College students and residents, it is also important for the faculty and staff of Mercy. The renovations and changes are going to lead to the staffing of seven new R.As and one new R.D.

With the new changes to campus, the excitement is growing in the community, as there are numerous ways it will be beneficial for students, faculty and staff, says Resident Director Harold Hillyard.

“We in Residential Life are looking forward to having a larger on campus residential community and are excited to see our students grow with our department.”