An Education is Not Only A Away Through life , but through the Prison System 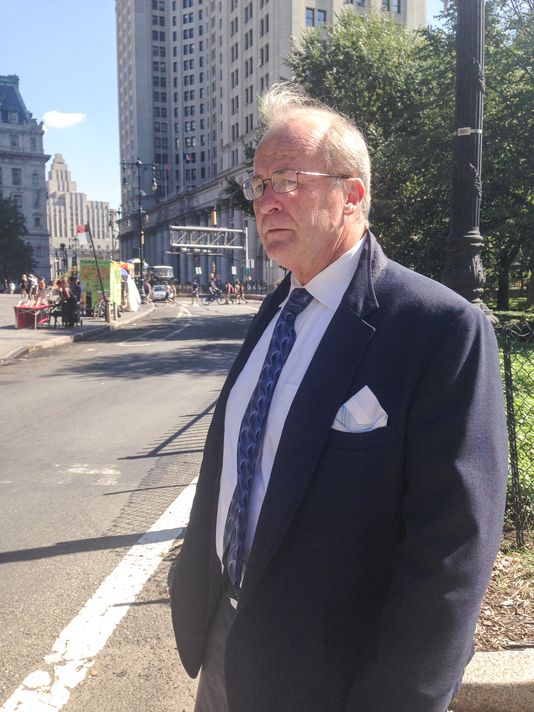 When those doors slam behind you, you are now separated from the outside world. You are condemned for your ghastly actions, which take away your freedom as punishment. Your family is no longer in reach to petition for you, your life is not your own, but belongs to a higher power, which now owns you, and calls you by a number.

This is bigger than a life time out; this is the living nightmare called prison.

Two men, who were convicted of murder over twenty years ago, have found the key to unlock themselves and other convicts out of prison, both physically and mentally, through a college education.

“Mentally, it feels like a concrete wall that is incredibly high, wide , and impossible to climb,” says Bill Doane, who spent 26 years in prison for fatally stabbing a man in Brooklyn. His fate was sealed within the justice system, and he had no choice but to live out his sentence. Many convicts choose to live their lives within the prison system, by allowing time to past them by, without trying to improve their selves. Doane believed that an education was his method of survival through this incarceration.

“Education is so valuable in prison,” says Doane. “It changes you.”

He used his education to receive two bachelor’s degrees in prison. For 22 years of the 26 he’s spent in prison, he was a teacher’s aid and a tutor.

He has recently been giving speeches in Westchester County and New York City, telling students the importance of an education, and the harsh realities of prison life.

A college education is not only useful in the real world, but it is also useful in prison, he says. The job one gets in prison is determined by one’s educational skills. A more educated inmate, meant he/ she was more likely to get a job, which paid more.

A college education is greatly stressed in society because it gives one the power to have more choices career wise and the opportunity at an invaluable education. Doane believed that a college education should also be stressed within the prison walls. He stated that an educated prisoner is a prisoner who can find different solutions to problems, without solving them irrationally or violently. Doane has found that through the college education that he received in prison, enabled him to think critically.

“The college courses which I’ve taken in prison have become tools that help me through life,” says Doane.

Mercy College also provides a college education to inmates. Teaming with Hudson Link for Higher Education in Prison, inmates at Sing Sing university can receive an associate or bachelor’s degree in Behavioral Science.

While in Comstock Correctional Facility in upstate New York, Doane met Joey Petrucelli.  The two would soon become prison coaches after their release.

Joey Petrucelli was serving 19 years in prison for a fatal shooting in a night club, in New Rochelle.

“I was 16 years old when I committed the crime. I was ignorant and did not realize the consequences to my actions,” says Petrucelli.

Petrucelli, began taking college courses while serving his time. This was a necessity for his survival and his psyche. Petrucelli found that these college courses, such as liberal arts courses, reading, math, and psychology, had opened his mind and broaden his capacity for learning. Those courses also taught him responsibility, order and accountability.

“College educated prisoners are valuable. They are assets to the inmates and the correctional facility, because they help others learn to read and write and to think,” says Petrucelli.

Admission to college programs are extremely competitive and involves both a written exam and personal interview.

“There’s a lot of violence inside, and you get prisoners that don’t want to do anything, but then there are the 10 percent of guys who want to improve their lives. They are hungry for this,” says Doane.

Some are in agreement that prison is a punishment and women and men convicted of crimes, should not be offered anything to help improve their lives. Many also agree that these women and men should rot in prison and never come out.

Other experts believe that college is the most inexpensive effective way of helping people escape cycles of crime and incarceration. They want to provide people with realistic opportunities so that they may be able to take a hold of responsibility and return to society as better mothers, fathers, neighbors and citizens.

As of Feb. 16, 2014, Governor Cuomo launched an initiative to provide college classes in prison. New York currently spends $60,000 per year to incarcerate one individual and $3.6 billion to fund prisons. New York’s current recidivism rate is at 40 percent and college education costs only $5,000 per year for one prisoner. Through current studies it has shown that a college educated prisoner was more than likely to stay out of prison, once released.

Doane and  Petrucelli believe that many people end up in prison, because they don’t know any better. Many of the inmates have dropped out of high school and only have a sixth and seventh grade education. They are frustrated because they were not taught how to think logically, and most of them cannot comprehend the difference between right and wrong. There are many inmates who are young and are scared to learn, not because they don’t want to, but they try to keep up an image within the prison walls, that they are tough and they go through life being violent and keeping up intimidating appearances.

“It’s amazing to see a young inmate reading philosophy from Plato or Socrates, although he doesn’t want his friends to see, it is still great to see someone wanting to change their thinking and their ways,” says Doane.

In prison, a student is more engaged and loves to be challenged by what they are learning because class is the highlight of the day, he says. Doane states that he has had professors from Yale that enjoyed teaching at the prison more than teaching at their college campuses because of the prisoner’s eagerness to learn and ask questions.

There is much connection that can be made, with a college freshmen just entering college from high school, and a convict entering a college course for the first time. They both want to become better individuals and want to have more opportunities in life. A college education, expands the thinking because there are no limits as to what can be asked or challenged.

“There is no end to education and there is always something to learn. I don’t think that anyone should drop out of school, it is a big mistake if they do,” says Petrucelli.

Petrucelli has found hope through this key called a college education. Upon his release, he had taken enough courses to receive an associate degree. He was a kid when he committed his crime and was ready to go through life a changed man. There is no looking back for Petrucelli, his education unlocked a door he did not know was possible. He now runs a prison preparation business, which helps incoming prisoners prepare for life in prison and how to make their lives better.

“It’s good for society to have men and women come back educated. A college education has changed my life, because it has given me a second chance,” says Doane.

Doane spends his time working alongside Petrucelli, counseling prisoners and their family members about life in prison. There was no one to guide them, when they had entered prison, and thought that they could be of much use, now that they have paid their dues to society.