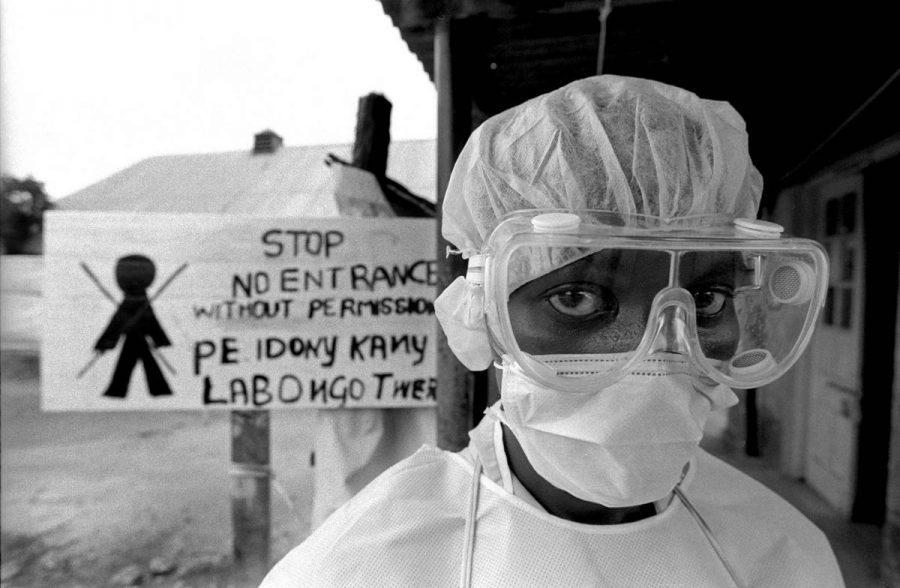 “WTF is Ebola? I thought it was Spanish for grandmother.”

Tweets like this have gone viral since the first (U.S. diagnosed) case of the Ebola virus disease was announced by the CDC.

The initial patient, Thomas Eric Duncan, died on Oct. 8, 2014. Even after his death, there continues to be controversy as to whether he received appropriate and timely treatment from Texas Health Presbyterian Hospital in Dallas.

It would be quite accurate to claim that before the diagnosed case of Duncan, the people of The United States were not very concerned with the deadly virus that is plaguing West Africa; however, after the death of Duncan, the nation has been thrown into wide spread panic over the possibility of an outbreak at home. The panic has risen to a point that at Mercy College some students and faculty have gone to great lengths to prevent the spread of even the common cold. Students have been reportedly giving “Ebola Daps,” which is a friendly elbow tap instead of the traditional handshake for fear of contracting any illnesses, and wearing breathing masks to class.

Some say there is no reason to be concerned. Others feel differently.

Currently, there is no vaccine or cure for Ebola, and its fatality rate varies by outbreak, ranging from 60 to 90 percent. Although the U.S. is doing its best with regard to preventing an outbreak, many experts predict that more cases of Ebola will come to the surface. When asked about the possibility of several more cases, Mercy College’s own Ebola expert, Dr. Rossi Hassad, said, “Undoubtedly, there is much concern among Americans; however, as an epidemiologist, I expected this, and indeed a few more cases may very well come along.”

So what exactly is the deal with this deadly pathogen that people think is Spanish for grandmother? Ebola virus, formerly designated Zaire Ebola virus, named after a river in the Democratic Republic of Congo, is one of five known viruses within the genus Ebola virus. Four of the five known Ebola viruses cause a severe and often fatal hemorrhagic fever in humans and other mammals. The virus is a zoonotic pathogen, and although there are many hosts to the disease, its intermediary hosts have been reported to be “various species of fruit bats throughout central and sub-Saharan Africa.” The symptoms of the virus start with a high fever, headache, sore throat, lack of appetite, and muscle and joint aches. In about three days, vomiting, diarrhea, and a rash follow the initial symptoms. After three to four more days, roughly 50 percent of Ebola disease patients begin to bleed both internally and externally from about every orifice of their body (blood seeps from the eyes, ears, nose, gums, or puncture wounds from injections). The difficulty in being able to properly diagnose this disease is that many of the early symptoms mirror other diseases like cholera, typhoid fever, and malaria. In addition to containing mirroring symptoms, the time between contracting Ebola virus and first signs of infection may vary once the individual is infected. Some people show symptoms within a day, but others take up to three weeks to become ill.

Hassad could not have been more correct on his theory that others would be infected, because shortly after there was indeed another diagnosis of Ebola on U.S. soil. According to one of the first reports courtesy of The Australian, a Texas health care worker who treated Duncan has tested positive for the disease in a preliminary test. Dr. David Lakey, commissioner of the Texas Department of State Health Services commented, “We knew a second case could be a reality, and we’ve been preparing for this possibility. We are broadening our team in Dallas and working with extreme diligence to prevent further spread.”

However, not long after the healthcare worker was diagnosed, two other patients came forward with symptoms and tested positive for the virus. The two nurses, both in their twenties, contracted the virus after caring for Duncan. It is reported that health officials have interviewed the patients and are identifying any contacts of potential exposures. In addition to this type of viral investigation, officials have said that people who had contact with the diagnosed patients after symptoms emerged will be monitored based on their interactions and they were exposed to the virus. 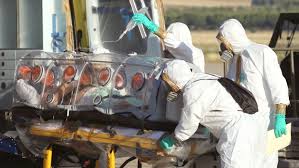 Although many cases may potentially arise, it is important to know that the scientific evidence. At this time, supports that the Ebola virus is not airborne, not waterborne, and not foodborne. It can be spread directly by an infected person (through body fluids and secretions) only during the symptomatic phase. It can also be spread indirectly by objects that have been contaminated.

When The Impact asked Hassad whether he believed that there would be an outbreak of the virus in the U.S., he replied, “I am highly confident that any Ebola case will be well-contained and controlled, given the modern and effective surveillance and other public health measures in place. Currently, there is comprehensive and aggressive contact tracing being conducted for the Texas case, mostly “out of an abundance of caution,” and the high-risk contacts have been quarantined, and this is reassuring.”

Also there are other health officials that stand by Hassad’s belief that the U.S. should be able to hold its own against the virus. “We remain confident that Ebola is not a signifi