‘Getting Waisted’ Is the Newest In Body Transformation Fads 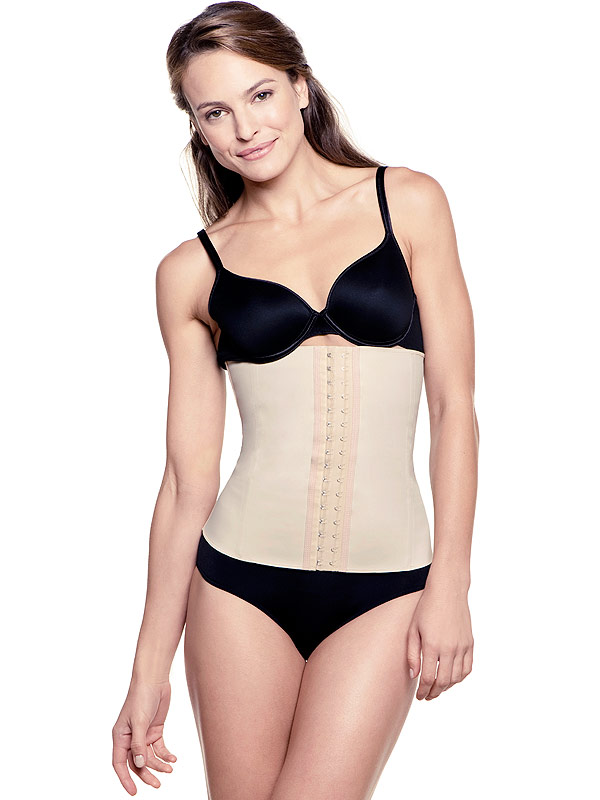 Getting waisted seems to have a new meaning these days.

There is a new non-surgical trend that seems to be rising quickly, allowing women to reshape their bodies and trim inches off of their waist in a matter of weeks. Sounds a bit hard to believe but nonetheless true, however there is a small pay to price to achieve a small waist.

The concept of waist training dates back to the 16th century. Originally dubbed “tight lacing,” men and women would wear corsets to support the body and was later popularized by women who desired the slim waist that the corset seemed to enhance.

Today, social media sites of all sorts, including Facebook and Instagram, are supplemented as advertising sites for companies selling these modern latex waist trainers to promote the highly desired hourglass shape. The idea of waist training is, by compressing the core for hours a day, the body will eventually takes the shape of the waist trainer, decreasing the size of the waist permanently.

Waist training has been the talk of social media for quite some time now as A-list celebrities such as Kim Kardashian and sister Khloe have posted pictures on instagram promoting the use of their waist trainers to their 35 million followers, with Kim captioning, “I’m really obsessed with waist training! Thank you @premadonna87 for my waist shapers! #whatsawaist,” and Khloe, “I love my waist trainer from @premadonna87!!!! Miss @blacchyna has me obsessed!!! Who doesn’t love to feel tight and right?!? #whatsawaits #waistgang #Fitness #GetItRight.”

It’s no doubt that the two reality television stars are being used to increase the selling of waist trainers, but what happen to plain old dieting and exercising?

Fortunately, women on campus are still doing it the old fashioned way. And as most would argue, the healthy and safe way.

“Weight training? I do it every day,” says 21-year-old Sydney Dibernardino, mistaking waist training for weight training. Once I corrected her she had a big “Oh” moment and went on to say that although she isn’t familiar with that type of “waist training,” she has heard of plastic body wraps used as a detox to cleanse the body of un wanted fat essentially slimming the waist, but never has she heard of women squeezing themselves into corset like garments for hours on end every day hoping to reshape their body.

Sydney has been extremely committed to exercising ever since she gained 15 pounds after her first year at college, also known as the freshman 15. The Mercy College senior works outs seven days out the week and sometimes even twice a day. While she doesn’t know much about the art of waist training, she does believe that her method will eventually give the same results advocating. “You have to be on a strict regimen to achieve the body you want, which means you have to eat well, sleep well, and drink lots of water.”

She adds “Protein is good, but you don’t need a ton of it and always remember weight lifting is always better than cardio.”

Ever since her commitment to a better lifestyle, Sydney has been more energized and feeling better than ever which pushes her to continue with her healthy lifestyle choices.

Although Sydney doesn’t exercise for the same reasons that other women waist train, she strongly advises, “As long as you love yourself then it shouldn’t matter what other people think, you just have to own it and be yourself.”

Waist training may seem like the quickest and easiest alternative, however, there seem to be many health risks involved.

“It’s uncomfortable, restricts your movements, and if you wear it really tight, it can even make it difficult to breathe and theoretically could cause rib damage,” says Dr. Mary Jane Minkin, clinical professor of ob-gyn at Yale School of Medicine, in a Fox news article.

Some worry that the tightness of the corset or waist trainer may even shift your organs in a dangerous way.

To test this assumption, German medical doctor, Eckhart Von Hirschhausen televised a woman fastened into a specially made corset sustainable for an MRI. Though the MRI did show a small shift in organs, Dr.Hirschhausen assured that in no way did the shift cause fatal damage in fact, to support his claim he then did an MRI of a pregnant woman in her third term that also showed an extremely similar shift in the liver and stomach, which Dr.Hirchhausen reassures are designed to be flexible.

Still with so many questions unanswered and health risks still on the table it doesn’t seem to bother those who are looking to waist train in the near future.

Ariel Bland, a 21-year-old senior here at Mercy College, says she first heard of waist training a year ago while she was scrolling down her Instagram timeline. “Lil’ Wayne’s ex wife, Toya, had posted a picture wearing one and she captioned it saying she had lost inches off her waist,” she recalls.

On her quest to find the perfect waist shaper, Ariel mentions that the price ranges from $40-$70. Though she has yet to purchase one, she doesn’t plan on paying more than $40. Fully aware of all the potential health risks and rumors, Ariel says that within the next two weeks she will definitely be buying her waist trainer and mentions the only two things that would stop her would be, “if I get too lazy, or it’s too expensive.”

Well, after stumbling across a Buzzfeed article of woman’s seven-year journey of corset-wearing resulting in a 16-inch waist, I decided to give it a try myself.

After purchasing my waist trainer for $60, I was eager to put it on and start getting waisted. As I tightly clamped each hook together, I could feel my posture straightening and my breath shortening. I didn’t last half an hour in it before I was ripping it off of me and throwing it across the room. I collapsed on my bed and took deep breathes as I felt my rib cage opening up again.

Two days later, I decided to give it another try. This time I kept it on for two hours. I was taking shorter breaths and again my posture was extremely straight pushing my chest up high. Curious of how it would be to eat with it on, I went for some lunch. I only finished half of my chicken wrap before I found my self surprisingly full. After two hours, I started feeling a lot of pressure in my core and after enduring it for so long, I decided to again give in and take it off. Then I noticed something.

As I stood in front of my mirror, unbuckling the metal clasps one by one I noticed how within just those two hours my body had take the shape of the latex waist trainer. Thought my body went back to it’s original form within hours I had decided to continue the waist training for a few more days, each time leaving it on longer than the day before.

Eventually, I was wearing it at work during my nine-hour shifts. After wearing it day after day I started adapting to it, I would forget that I even had it on. I even considered sleeping in it, but after thinking carefully about it, I decided it probably wouldn’t be a good idea. After two in a half weeks, my waist had slimmed down so much that my dresses were fitting they way I have always dreamed of them fitting. I had achieved the hourglass shape.

Unfortunately, it wasn’t here to stay.

I went a week with out wearing my waist trainer and slowly but surely, my lovely but falsified figure started wearing away. So perhaps the skeptics are right. Maybe the idea of tightly cinching your core to permanently shrink your waist doesn’t make sense.

Or maybe I just don’t have the dedication it takes to consistently waist train for seven years.

If you think you do, then by all means find your favorite Kardashian’s Instagram to find where to purchase your waist trainer, and get waisted.