The ISIS Crisis: Former State Department Warns Of Its Danger 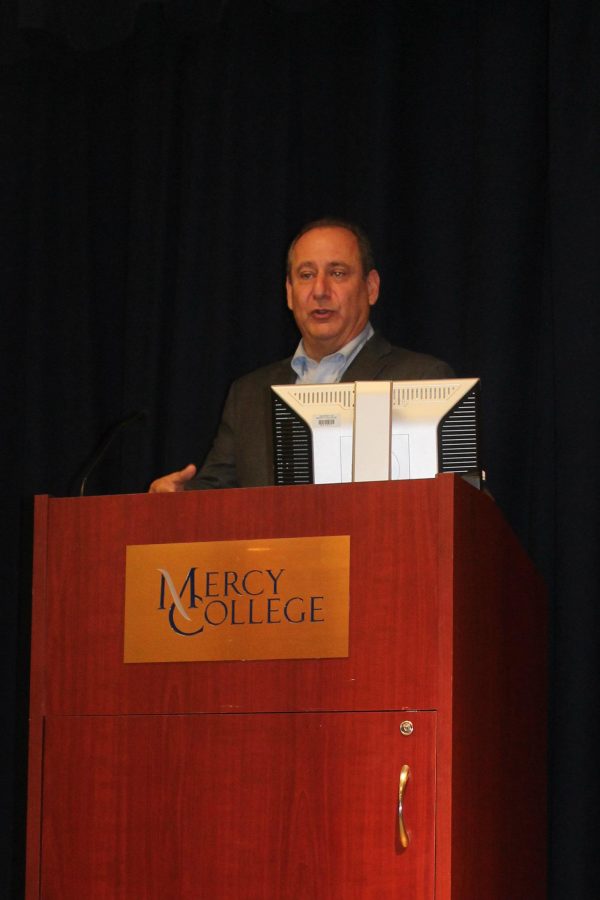 It has been a few months since Dr. David L. Phillips attempted to make his journey into an ISIS territory. While on his journey to Iraq in August, he stopped in Mardin, Turkey when The United States began bombing Iraqi Kurdistan, and all flights were cancelled. Phillips was determined to enter the territory and was told by his Kurdish protectors that they would be able to get him in, but would not be certain of getting him out.

“I am protected by men who confront death,” said Phillips during a lecture on the Dobbs Ferry campus, who was referring to his Kurdish body guards, who are called Pershmerga, when asked if he was ever afraid of going into an ISIS territory

Dr. David L Phillips is not new to the now widely known group called ISIS, which is translated as the Islamic State of Iraq and Syria. Phillips had spent extensive years in the Middle East and became senior advisor for the Secretary of State for the Clinton, Bush, and the Obama administration since the Gulf War, and was aware of the inception and birth of ISIS.

The original aim of this group, which started in 1999 as a forerunner of Al Qaeda in Iraq, was to establish an Islamic State in The Sunni-Majority regions of Iraq.

An Islamic State is a type of government where the primary basis for government is Islamic religious law. It is theorized that ISIS is practicing Islamic beliefs from sixth and seventh century teachings that few still adhere to.

Phillips believes that the primary objective of ISIS is to destroy modern day beliefs and establishments.

ISIS primary leader, Abu Musab- Al Zarqawi, since its inception in 1999 up until his death in 2006, was known for his inhuman practices, Phillips says. He and his militant group were known for suicide bombings of civilians and also beheading of hostages. He was also the mastermind behind the 2006 bombing of one of the holiest sites in Shia Islam, the al-Askari Mosque in Samarra, Iraq. Over 1,000 people were killed in the days following.   Bin Laden also allowed them to set up a training regime until the Taliban terrorist group were overthrown.

“Zarqawi practiced videotaping of his beheadings because it made him looked upon as fearless,” says Phillips.

It has been said by higher ups in Al- Qaeda that beheadings were frowned upon and worried leaders like Osama bin Laden because it alienated more potential supporters than it recruited.

However, it seems as though Zarqawi’s beheading practices have become a public relations for ISIS and have drawn many individuals towards this group and others to fear it.

Over the years, ISIS remained unknown to the rest of the world during the war in Iraq and the military presence the United States had there until 2011.

The withdrawal of the U.S. military forces in Iraq was completed in December of 2011. Upon this completion, Iraq began to fall apart even more. Many Sunni fighters left Iraq and civil war broke out in Syria.

Although the United States spent billions of dollars on training for the Iraqi army before making their departure, violence rose in Iraq. The Iraqi army lacked the skills of a successful and determined unit who were ready to fight and to protect.

Sunni militant rebel groups stepped up attacks targeting Iraq’s majority Shia population to undermine confidence in the Shia led government and its efforts to protect people without American assistance.  ISIS was also successful in overtaking cities under the army’s control. They were able to take Iraq’s largest city in only three days.

“Iraq is a broken and failed state. The Obama administration talks about leading from behind, but it’s impossible because it was broken by Bush. The United States does not need to lead from behind, but should lead from the front,” says Phillips.

The Iraqi Army met its fate and collapsed because of the ISIS attack, he says. This collapse led to growth and greater recruitment for ISIS.

Phillip says the warning was initially ignored by Washington because they did not want to deal with it. There are currently 40,000 ISIS militants who are now active in combat in Iraq.

ISIS has become extremely well financed by robbing banks and controlling and transporting oil through a Jihadi highway.

“The rush to join ISIS was mainly among Sunni men who were disenfranchised, lacked education, poor, and impoverished. They are promised that a virgin would be waiting for them if they died on the battlefield,” says Phillips

These young men are believed to be between the ages of 16 and 25, he says. There are also 150 United States passport holders within ISIS.
ISIS does not only use recruitment as a way of building their army and solidifying themselves as an Islamic state. The Christian population in Iraq are rounded up and forced to convert and pay a tax, or are beheaded. Many Christians have been beheaded and shot in the head, and the killings have been videotaped.
Women are turned into Jihadi brides or sex slaves, and the children are turned into soldiers. Phillips believes the jihadi brides to be the most heinous, for they are sold and raped by men in ISIS.

ISIS have made an impression on youths in the western world, through their greatly executed propaganda videotaping and their indirect online recruitment through social media.

A few weeks ago, ISIS was nearly successful in recruiting three female teens, 15, 15, and 17 from Denver. It has been reported that the girls were given directions from an ISIS militant of how to make it from Denver to Syria to fight with ISIS. The three girls were stopped in Germany and sent back to the United States before making their way into Turkey.

Philips believes that the girls would not become soldiers but taken as jihadi brides and sold into sex slavery. He says that they are fortunate that they were stopped.

The U.N. reported that 24,000 Iraqi civilians and others, including two citizens who were recently beheaded, have been killed or injured by ISIS. This was reported from June 1 to Aug. 31 of 2014, but it was also reported that the numbers could be much higher.

Phillip  expressed that the United States was reluctant to get involved unless Iraq was able to establish a government.

“This was not a human rights issue, this was a political issue,” says Phillips

The initial response of the ISIS crisis from the United States was to stop its advancement. Phillips, has been critical of the lack of response by Washington, but also gives credit where it is due.

Along with air strikes from the United States, strengthening the Syrian opposition to fight ISIS has been one of the responses from Washington. President Obama stated that targeting their command, pushing back and shrinking their space as well their capacity, weapons, fueling, financing, and the flow of foreign fighters, will help with eliminating ISIS.

Phillips believes that there is no security solution on protecting those from ISIS and their advancement, but believes that the United States will be successful in stopping ISIS, by working together with their allies. Phillips also believes that ISIS is not demonstrating themselves as an Islamic state, rather a terrorist group.

“ISIS beheads to instill fear, because it sends a message that will stop at nothing. They need to show effort of governing, and not terrorizing, to be an Islamic state.”