Is Marriage Worth It? Students Weigh In 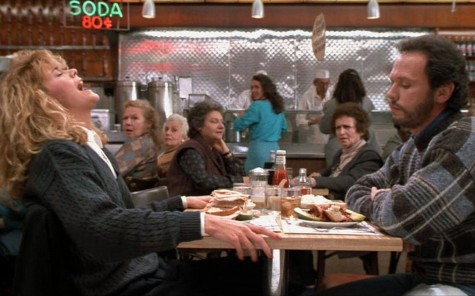 A lifelong commitment to the person you love. A union, co-existence, an unbreakable bond. Those are just a few of the numerous definitions to describe the sanctity of marriage. We grew up viewing sappy romantic comedies that highlighted the positive aspects of marriage. This in turn gave us a somewhat distorted view of how perfect and important it is to get married. But is marriage really an important goal to college students as it was years ago?

In a recent survey taken by one hundred Mercy College students, 70 percent agreed that it was important with some stating that it’s “significant and lends magnitude to life that would otherwise not exist.”

With divorce rates plunging due to the decline in marriage, some may wonder is marriage is even worth it. Majority of college students agree that marriage instills traditions and morals and is “worth the fight.” Since couples are calling it quits as soon as trouble arises, divorce seems to be a ‘go-to’ solution. Many believe that outside influences, such as social media, can change the way those look at marriage.

Movies are a way to get a superficial view on what marriage is truly about. The Notebook, How Harry Met Sally and Hope Springs are just a couple of films that showcase the highs and lows of married life. There are also countless YouTube videos with couples trying to come up with elaborate proposals. When we watch these videos, we’re filled up elation for the newly engaged couple. Then we see celebrities tying the knot only after a month of knowing each other. So how soon should you wait until marriage? Nearly 65 percent of polled Mercy College students feel that waiting a year or two after being engaged is sufficient time before making the next step.

Then you have couples who live together but don’t feel the need to get married.

“I don’t need a piece of paper to express my love to someone,” was often a response given by those who feel marriage isn’t necessary. Is marriage ultimately worth? With 85 percent of Mercy College students saying that they want to get married in the future, and the rest saying they will be #foreveralone, it seems that young college students still believe in the importance of marriage. More than half (57 percent) felt that getting married between the ages of 25 and 30 seems reasonable.

With fewer people getting married, we are left to wonder on what makes a strong and successful marriage. Trust, communication and love ranked high on the list for important attributes to being together.

But is that still enough? Even with self-help books and counseling available to aid those through troubled marriages, it seems to some that marriage isn’t worth the hassle. The possibility of getting a divorce is 50 percent, and most feel that’s too big a gamble to waste time on a marriage. Some students feel that marriage includes a stronger bond and different feeling from being in just a relationship. A marriage is a union between two imperfect individuals who share an unbreakable bond.

There are many reasons behind getting married, and not all are genuine. Some get married for deceptive reasons such as gaining citizenship or for acquiring a large sum of money. There are even websites for those who can’t find a partner the organic way. Mail order brides are also popular for males who are older and cannot find a companion to spend their life with. These websites taint the idea of marriage due to the artificial relationship. There are also women who marry older men solely for living a lavish lifestyle and access to a large back account.

According to the survey, 35 percent said love is the main reason for getting married followed with 32 percent agreed that making a lifelong commitment. Having children and financial stability ranked low on the list, though some students agree that the two are essential benefits to a strong marriage.

In the end, marriage is definitely worth the risk. according to Mercy students. Yet as every expert can tell you, every relationship has a warning label. It’s not always going to be perfect. There are going to have ups and downs. A marriage can work if you put forth the effort and make it stronger over the years. While the cynics reading this may feel differently, it’s important to share your life with someone who possesses qualities that fit what you’re looking for.