Let My Voice Be Your Voice 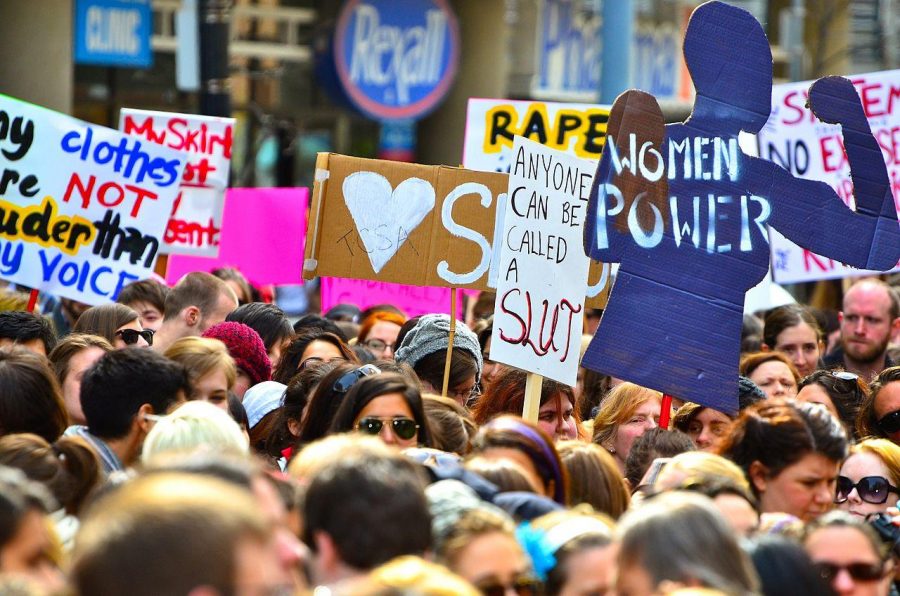 New York, 2012. Waking up to a missed call, after a nap with her boyfriend on a chilly January afternoon, Jane* looks at her phone and listens to a voice mail from an unknown number.

Jane is a young New York college student, trying to shake the cob webs from her mind. Long nights of studying, mixed in with partying and depression, have distracted her from her goals of making the dean’s list.

“Hey it’s me, Jacob. Just wanted to check up on you. I haven’t heard from you in a while. Call me back.”

She shivers at the sound of his voice. Immediately, she breaks down crying. Jane has just listened to a voice mail from her rapist.

Let’s start from the beginning and back track two and a half years ago.

While sometimes memories come back in bits and pieces, there are always things one doesn’t want to remember. For Jane, the October morning in 2012 after her night out was something she wishes she could forget.

Jane woke up remembering the face of a man who shoved his genitals in her mouth the night before after playing some drinking games. She didn’t remember much but she did remember that she said no.

She was raped anyway.

Sexual assault is very prevalent in today’s college campuses. Between 20 and 25 percent of women will experience a completed and/or attempted rape during their college career, according to the U.S. Department of Justice.

This means that one out of four or one out of five women have been a victim of an assault or attempted assault while in college. More than half of assaulted college women tell no one of their victimization. 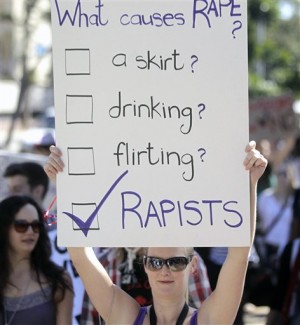 In Jane’s case, alcohol was present. With the constant talk about rape in her classes and during her normal life, Jane thought it was her fault.

“I was drunk. I was very drunk, but I remember saying no,” Jane said, while teary eyes fought the flashbacks which were going through her head. “He was very persistent and strong, and I tried my hardest to get him off of me. The tequila took over my body and all I could do was lie there while he raped me.”

While blacking out while drunk seems to be very prevalent among some college women, Jane says that she has never blacked out before.

“I think he knew what he was doing. Forcing me to take more and more shots, and mixing drinks. No, he didn’t have a gun to my head, but it’s the pressure that got to me,” Jane tried to explain. “I don’t black out because I never used to drink a lot so I never had that experience.”

An anonymous survey of 100 students in Mercy College was given containing questions about having sex with someone who is blacked out.

The survey asked for one’s gender, whether he or she has ever had sex while drunk, and if he or she would have or ever had sex with someone who is clearly unconscious or “blacked out.”

The results were disgustingly shocking. sixty percent of the survey takers were males. Out of that 60 percent, three out of four said ‘yes, they have and would.’ Disturbingly, 45 people in the male portion said they have had sex with someone who was drunk and unconscious.

With the 40 percent of females who took the survey, only 30 percent said that they would or have. A couple of the female surveys had written comments saying that they were the unconscious ones.

These nauseating statistics means that the number of people who report these encounters report them as rape or assault.

According to the Mercy College Campus Safety Report and Fire Safety Report, there were zero forcible and non-forcible sex offenses reported in 2010-2012.

The report also mentions some quick facts that everyone should know: “Every sixty seconds a person is sexually assaulted. One of every five dates ends up in a sexual assault. Seven of ten rapes are committed by someone the victim knows. Being raped is never the victim’s fault.”

With all of the help that students can receive from campus and exterior outlets, is there enough help for those struggling with the memory of an attack?

“I would never be comfortable with telling anyone what happened to me,” Jane explains. “My rapist was an athlete, and no, I wasn’t comfortable going to anyone to talk to. My parents don’t know, the police don’t know, only two or three of my friends know and that’s really it.”

Jane opens up and tells me that there isn’t enough help for women who have been attacked. She said that she would never go to the counselor on a college campus because she doesn’t want to be judged.

At Mercy College, there is help available to those who need it. If a student wants to report an incident or wants to talk, there are outlets for him or her.

Resident Assistant Trevor Williams spoke about the steps to be taken when a resident comes to report a situation.

“The first action I would take is console them and tell them I believe them because nine out of ten cases, students fear not being believed. Next, I would let them know that even though I cannot be used as a confidential source, I will still help them will all of the will power I have. Then I would have to inform my residential director and let the resident know that we have on site help from Dr. Ori Shinar.”

Jane is fine with keeping her attack to herself. She said she went for numerous testings and was found not to have any type of disease, so she said she didn’t find a reason to talk about it to anyone.

“Among student victims, 20 percent of rape and sexual assault victimizations were reported to police, compared to 32 percent reported among non-student victims ages 18 to 24,” according to the Special Report in December 2014 by the Department of Justice

Of course, the person who was raped not only has to go through what happened to him or her, but endure of keeping it private if that is their choice.

After a while, Jane broke down.

“I have been very depressed since it happened, and can’t help but fake a smile to people.”

Crying, she holds in her tears and tries to finish.

“I think about it all the time. When I’m in my room alone, my thoughts go crazy. What if I am walking home from the train and someone attacks me? It haunts me. Some nights I can’t sleep, wondering if I should’ve said something.”

Jane’s boyfriend knows what happened to her, and she has said occasionally the relationship is affected by her attack.

“Sometimes, it’s hard to enjoy having sex with my boyfriend now, three years later. Sometimes it’s hard to have fun and go out drinking even though I should be able to.”

She sits quietly, and then mumbles, “Eighteen and raped.”

College rape survivors suffer high rates of PTSD, depression, and drug or alcohol abuse, which can hamper their ability to succeed in school, according to Journal of Studies on Alcohol and Drugs.

Searching for help is different, Jane tries to explain, but trusting someone after this happened is more differet.

“He was my friend. He was someone I trusted. And he was my rapist.”

Internationally, rape is a world wide problem. The statistics are grotesque, and the number of people facing it alone is upsetting. Everyone has his or her own voice and opinion when it comes to this topic.

According to the National Crime Records Bureau 24,923 rape cases were reported across India in 2012, but experts agree that the number of unreported cases of sexual assault brings the total much higher. Out of these, 24,470 were committed by parents/family, relatives, neighbors and other known persons, implying that men known to the victim committed 98 percent of reported rapes.

President Barack Obama spoke about against rape in his speech, “Violence against Women Reauthorization Act of 2013.”

“It is up to all of us to ensure victims of sexual violence are not left to face these trials alone. Too often, survivors suffer in silence, fearing retribution, lack of support, or that the criminal justice system will fail to bring the perpetrator to justice. We must do more to raise awareness about the realities of sexual assault confront and change insensitive attitudes wherever they persist; enhance training and education in the criminal justice system; and expand access to critical health, legal, and protection services for survivors.”

With the interview coming to a halt, and Jane being ready to get up and leave, the question of having any last thoughts was asked. And another tragic memory began to flood.

“I was in a relationship when this happened to me and my boyfriend blamed me for it. He called me all of these names and saying I shouldn’t drink with people because I was too much of a ‘slut to keep my legs closed’.”

That relationship obviously didn’t last long, but she thought he was right. She blamed and still blames herself every day for what happened.

“Being penetrated orally by someone forcibly is something you can’t just forget. Every time I hear the song that was playing in the background on the radio or on Pandora, I get flashbacks of getting pinned down and having my mouth forced open. Every time I see one of his friends or his coach, I get the chills. Every time I talk about rape with someone or in class or someone even makes a joke, I turn pale.”

“Rape isn’t a joke. It could’ve been worse, but it could’ve not happened at all. No more.”

There is help out there.

“The Joyful Heart Foundation is proud to be part of the transformative NO MORE movement. For the first time, NO MORE unites our entire society—advocates, companies, legislators, survivors and the public—around the commitment to end—yes, end—domestic violence and sexual assault.”