NAMI Speaker Opens Up To Crowd About Mental Illness 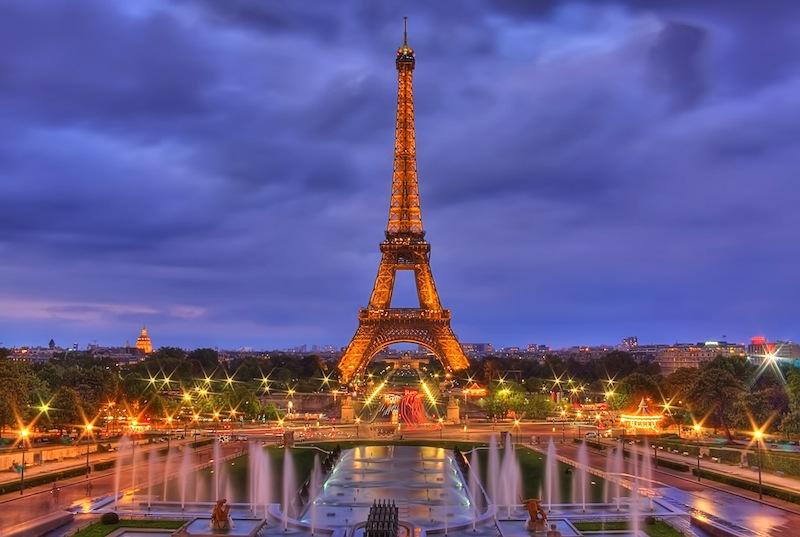 On one unplanned weekend, Maria decided to fly herself to Paris, France. Telling no one, Maria departed on her trip and had one of the best experiences of her life on this weekend. She drove fast, maxed out credit cards and got herself into the best kinds of trouble, making it seem as if she didn’t have a care in the world.

This level of unpredictability is common coming from Maria. This behavior derived from Maria suffering from Bipolar Disorder in combination with ADHD. The condition first expressed itself at the age of 13 during her first bout of depression shortly after losing her father. Later on, she would go through periods of mania and depression, as the disorder consists of random mood elevation, and an equally sudden mood decrease.

Maria spoke to Mercy College on Feb. 5 as a part of the National Alliance of Mental Illness’s event, “In Our Own Voice: Living With Mental Illness.”

When manic, those who suffer from Bipolar Disorder experience not only an elevated mood, but a likelihood to make poor decisions with little planning, a decrease in necessity of sleep, and an increase in energy and irritability.

Maria showed signs of these symptoms in a few ways, particularly with her trip to Paris.

When depressed, there is a decrease in mood, frequent crying and an overall negative outlook on life. Those carrying this disorder have a six percent suicide rate, with a self-harm rate of 30-40 percent.

Maria has shown signs of this too, as she has written her final will and testament many times.

ADHD is a terrible partner to the Bipolar disorder, experts say. ADHD includes impulsivity as well, along with hyperactivity and significant attention problems.

“Have you ever walked into a room and forgot why you even entered in the first place? That is what I feel all the time,” expressed Maria, when describing the effects of her ADHD.

She went on to state that her condition has made her put milk in the linen closet and the phone in the freezer.

These conditions have interfered with daily life in more ways than those, however. With ADHD, free time is more dangerous than anyone without the condition would ever know. A coping mechanism Maria uses is the frequent and complete structuring of her day. She has two calendars with her schedule written on them – one at home, and one in her purse at all times – even if she remembers exactly what to do for the day.

Because of her condition, Maria can’t work long hours in a day. She also needs to avoid stress as often as possible. If these conditions are unmet, Maria could start to lose focus, or become irritable, sparking mania or depression that could have been avoided.

Maria doesn’t have very much support in the workplace for her condition.

“I know there is stigma, so I don’t often disclose about my condition,” says Maria.

It is this stigma that other people hold in negative regard for people with mental disorders that caused Maria to join the National Alliance on Mental Illness.

NAMI’s goal is to abolish this stigma that people hold over the mentally ill that makes Maria so sheltered with her condition. They have intentions to educate people, and stop them from using words like, “crazy” or sarcastic phrases such as, “Did you take your meds today?” in everyday conversation. That kind of vocabulary makes it seem more acceptable to offend the mentally ill without consequence.

NAMI attempts to combat this negative thought process with their presentations that “put a face on these biological brain disorders.”

These presentations expressed Maria’s dark days, where she could hardly move out of sadness. She would go from her bed, to the couch, back to the bed, sometimes for days at a time. She would eat less, drink less, and barely use the bathroom.

The first step to overcoming a mental disorder is acceptance, according to NAMI. Maria has attempted to self-medicate for her condition, and became a drug addict in the process. She eventually became homeless, recovering quite a few times, but always falling back to old habits. Psychologists knew her by her first name when she walked in.

Until one day, she was given an ultimatum. Sign off on a treatment plan, or get out, because there were other people who needed that bed.

So she signed, this time determined, and refused to go back.

With a certain fire in her eye, she accepted her powerlessness over addiction without assistance, and proceeded to get her life together.

Treatment consisted of medication, going to therapy once a week individually and in a group, and meeting with a psychiatrist once a month.

Maria has many support systems now, including her friends and family. Her coping skills include her schedule, avoidance of clutter, and conversations with friends. Her “normal friends” give her fine examples of what leading a “normal” life is, while her friends that are inside the system are more relatable and understanding on a personal level, having experienced some of the same things.

Her husband is very supportive, only asking the acceptably offensive question, “Did you take your meds today?” when he sincerely means it.

The only negativity from family came from an aunt who told her to “Snap out of it!” as if breaking a mental disorder was as simple as breaking a Kit Kat bar.

Her husband and their cats offer a sense of responsibility as an additional part of her schedule to help keep her on track.

“Everyone in my house is on medication!” jokes Maria when discussing her husband and their cats in their advanced age.

Maria has been married for 13 years, and has been sober for 17 years.

Maria wants to be at peace, with no drama or chaos.

Maria desires better drug coverage, as medicine is not an exact science, so she dreams of a time where the perfect combinations can be found for the right people.

Maria has been working with NAMI for four years.

When asked how many opinions she believed she changed, Maria responded, “After four years? Hopefully at least one.”