Student Born With ABS An Inspiration To Her Friends And Family 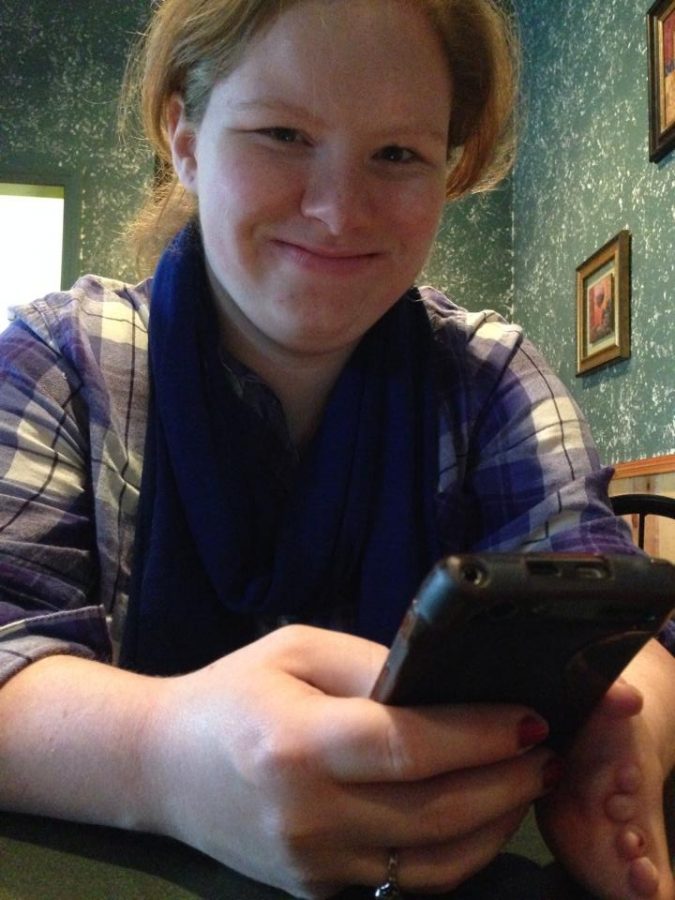 Brandi Blanchette rolls her eyes every morning when she has to put on her earrings.

“I love them, but the hardest part is putting the back of my earrings on. Sometimes I ask my roommate for help, but sometimes I just give up,” she nonchalantly explained.

Blanchette, a transfer from Orange County Community College, was born with a rare birth deficiency called amniotic band syndrome (ABS), a congenital disorder were the limbs are entangled in string-like bands.

ABS has affected Blanchette’s left hand, where her fingers and her hand don’t look the same as a regular hand.

Fortunately, she has full use of her left hand.

“Some tasks are harder to complete with my left hand, but I can still use it,” Blanchette proved as she waved her left hand.

According to Children’s Memorial Hermann Hospital, ABS occurs in approximately 1 in 1,200 and 15,000 live births.

“I punched my mom’s uterine wall too early and it banded. I was just born like this.”

Born as an only child, Blanchette never let her condition get in the way of living a normal life. She threw herself into sports and never let anything stop her from being kid. Growing up, doctors told her parents that she should be treated as a normal kid so she can have a normal life. From cheerleading to basketball, to rough housing with her cousins, Blanchette was a normal, happy child.

She laughs as she remembers how often her cousins would get hurt when they used to play with one another.

“They would always end up getting hurt or breaking a bone, but not me. I was always the stronger one.”

Despite her condition, Blanchette never stopped herself from living a normal life.

“Everyone knew my story and about my hand, so I was never bullied or teased about it. I never felt alone.”

The cause of ABS is unknown. During pregnancy, there are two linings that hold the fetus and the fluid in the pregnancy sac. According to Children’s Memorial Hermann Hospital, amniotic bands are believed to occur when the inner layer of the lining ruptures or tears to the outer layer without injury. The strands in the fluid eventually become tangled with the fetus.

When she was around 13 years old, her doctor informed Blanchette and her parents that there was a surgery that can fix her hand. For the surgery to work, the doctor would have to remove the bones from her toes.

In her eyes, Blanchette found the surgery to be pointless.

“The surgery would only give me one or two fingers, instead of five. I already adapted to life with my hand the way it is. I just found it to be a waste of time.”

According to The Fetal Treatment Center, there are occasions where treatment and reconstructive surgery is possible. In most cases, the doctor offers the surgery shortly after birth, depending on how complicated the deformities are.

After graduating from OCCC, Blanchette came to Mercy College in the fall to major in paralegal studies. Initially, she was leaning toward becoming a lawyer, but she hopes to get a degree in sociology so she can help other people.

“Originally, I was going to become a teacher. I think having a degree in sociology would allow me to work with others who need help.”

Blanchette also hopes to work with kids with disabilities. Currently, she mentors her neighbor, Jack, who also has ABS. She encourages him all the time to just roll with the punches of life and to work with his deficiency.

“He’s my little buddy,” she gushed.

Her caring personality is what makes her the “mom” of her friend group. At 21 years-old, she’s constantly looking after her friends and family, and she’s been that way her entire life.

“I like to refer to her as my mom because she’s the voice of reason. She always wants to make sure if I’m okay or what I’m doing,” explained Stefania Baglivo, behavioral science major and Blanchette’s roommate.

When she’s not playing mom, Blanchette loves reading books from her kindle and driving around with her friends. For the record, she can drive with both hands, but she chooses not to.

“Most of the time, I use only one hand to drive just because it’s comfortable.”

“I just do everything everyone else does.”