Undrafted: The Fall Of A Star 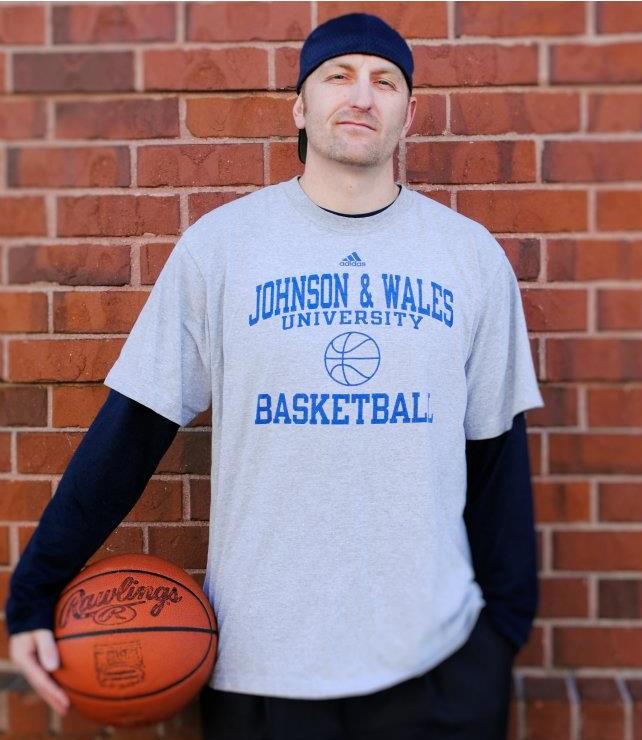 When horrible things happen, most people don’t think about using their experience to help others. Ethan Fisher, on the other hand, didn’t think twice about helping others and teaching them through his mistakes.

Every day, the fact that he committed vehicular homicide remains in the back of his mind. Every day, Fisher is reminded that so many mistakes have been his doing and his alone. It was those mistakes that brought him to Mercy College on April 13 to tell his life story and continue to inspire students to make the best decisions they can.

“I couldn’t get jobs. I was denied at interviews because they won’t hire a felon. So this is why I speak, because I don’t want any of you going through the tragedies that I’ve gone through,” Fisher explained.

His MBA doesn’t help him get a job, and on top of that, he can’t get an apartment either. When Fisher moved from Denver to Fort Collins, he called seventeen apartment complexes, and because of his background, he was denied from all seventeen.

For Fisher, it started in the eighth grade. Peer pressure is strong in middle school, he remembered, and soon he fell into a trap with marijuana.  Smoking weed was only the beginning; it had a domino effect, leading to Fisher being locked up in the Department of Corrections in Colorado at the age of 24. 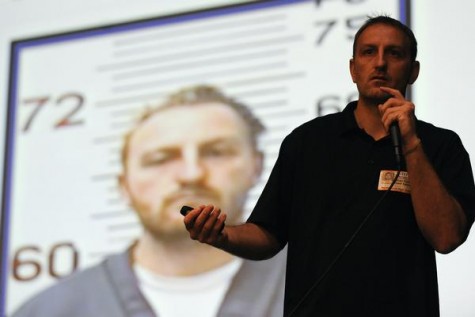 When he was younger, he was more concerned with getting high than anything else, and he started drinking in his junior year in high school. Fisher had dreams of college basketball, and took a loss to crosstown rival Fort Collins harder than he thought he would, and he remembered it was the point in his life when alcohol over powered marijuana.

“I took a bottle of Jack Daniel’s whiskey to the dome and snuck vodka in orange juice bottles.”

Yet still Fisher had a good year ahead of him. Fisher’s senior year of high school was a good year, but it may have been his last good year. Serving as the captain of the basketball team and averaging 14 points and 7.5 assists, he was named “most athletic” in the yearbook.

It was his year, and there were more years just like that to come. He was sure of it.

He began attending Lamar Community College and started almost every game, averaging almost 18 points in the second half of the season, but he gave into peer pressure again. Going to school in a small town, there was nothing to do, he says, so he drank. Eventually he went from drinking every weekend, to drinking 18 beers a night. Despite how much he drank, he never missed a 5:30 a.m. practice and managed to keep a GPA of 2.93 at the end of the first semester.

Yet the weight of the beer was beginning to catch up to him and slow him down.

“You’ve heard about the freshman 15 right? Well, I doubled that, and gained a freshman 30. I had a beer gut as a point guard.”

The second semester at Lamar wasn’t a good one. Fisher failed out with fewer than 12 credits. Classes like golf and bowling barely got him by, but they were only one credit classes.

In 1999, he transferred to Eastern Wyoming to play ball with former high school teammates, where his coach called him “an alcoholic bum.” So he became a red shirt, continued to drink and stopped going to class. This is when he now realizes his life took a turn for the worse.

Fisher sold his car for $5,000 for alcohol and weed and got a trailer because it was cheaper than an apartment. It later became known as “the fish tank.” At the end of the semester, Fisher left the semester with a GPA of 0.00.

Fisher lied to his parents and his teammates, telling them he failed out, which was partially the truth, but he left out the part about his alcoholism. He made the decision to go home and try to clean up his act, attend Front Range Community College just for classes, and get his grades up. That summer, he found out Butte College in California wanted him to play for them.

Except he got into cocaine and ecstasy.

He gave up everything just so he could play basketball, but when the coach called him into his office and told him he couldn’t play because of his grades from Eastern Wyoming, he tried everything he could to get his grades changed. Unfortunately for him, he couldn’t, and he began using drugs and alcohol heavily when he moved back home to Colorado.

Fisher came to a point in his life where he wanted to overdose. He fantasized about smoking blunts laced with cocaine and not waking up the next morning. He was getting ready to jump in front of a train when he saw a picture of his baby brother.

He loved that boy. That baby brother saved his life that night. Fisher went home and started all over. Again.

Months later, he turned on CBS and watched Metro State in the Division II championship. They won nationals that year. Fisher blacked out for days; it could have been four, maybe five. He can’t remember.

Some would have maybe had enough by then. Yet not Fisher.

In 2002, he transferred to University of Northern Colorado, where he drank one-fifth of brandy every night, played spider solitaire, and had a GPA of 1.86. Depressed turned to suicidal. He went to a counseling center where he was diagnosed as a manic depressive alcoholic and was prescribed pills and was instructed not to drink while taking them. Once again, he lied to everyone and said he was okay. He ended up drinking, smoking, and popping pills to the point he couldn’t remember days. He ended the semester with a GPA of 0.43 and went home for one of the last times.

Shortly after, Fisher went out to a house party, where everyone was “wilin’ out” as he explained it, and had 24 hours of complete blackout. When he woke up, he was in a hospital bed with no idea what had happened the night before. Little did he know his life had done a complete 360. 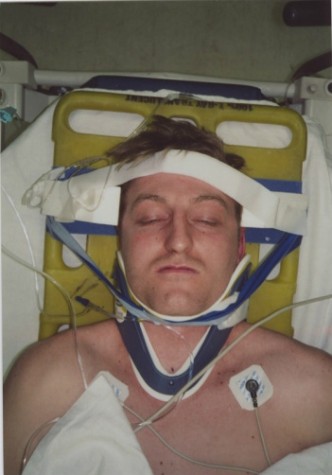 With a blood alcohol content level of 2.69, Fisher drove down a four lane road with no tire on one side and a flat on the other. He collided with something, or someone, and drove 150 feet down the road after impact. He had no idea when he woke up.

“I can never make up for what I’ve done. No matter how hard your life is, someone has it worse, but you can always make it better. Sports, non-sports, academics. No one should ever be here, in this situation.”

For 23 hours a day, Fisher was locked up in the Colorado DOC, which was maximum security, with a ten year sentence. He volunteered for boot camp with a group of 45 men and ended with 14. Three years later, Fisher was released on good behavior.

“This is where I became a man overnight. They were there to break you. I told myself, if I could get through boot camp, I can get through anything on the outside.”

Fisher began working for his father in Fort Collins, attended Front Range Community College, and eventually transferred to Johnson and Wales University to play basketball, averaging 14.4 points per game in 13 of 33 games. As a senior, he averaged 12.0 points in 16 of 31 games. Being on probation, he couldn’t play in away games, but he was happy just to play in the few he could.

In April 2014, Fisher was officially released from parole.

“If I can do that, what can you accomplish?”

Fisher told his life story to a room of Mercy athletes and students, and at the end of it, they were speechless. This life changing experience was used to help other people not make the same mistakes that Fisher made.

“It made me really sad, but it made me realize that one mistake can lead to so many life consequenses,” said Stephanie Escala, a memeber of the women’s soccer team.

While it made some people feel bad, it made others grateful that they went.

Giana Magosin, a senior field hockey player, explained that it made her rethink her life. “I felt inspired but indifferent at the same time. He had so many chances to change, and its sad it took him so long, but it did make me rethink my life for the better.”

Ethan Fisher travels the country to change the lives of student athletes, to share his experiences so someone else doesn’t make bad choices. Mercy students are only some of the many he has affected. He can’t change his past decisions. He can’t erase the memories, but he can prevent others from making those decisions. From having those memories. From having to make a very difficult speech.

He hopes you’ve learned and listened. He hopes.