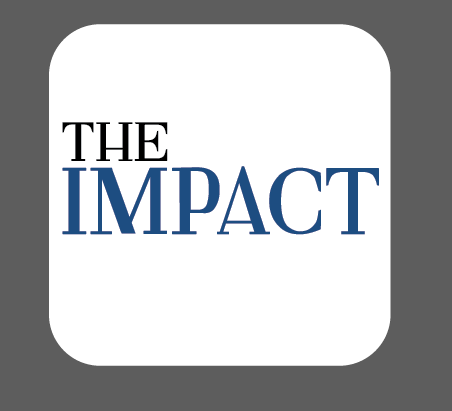 Cell phone applications are an innovative form of media in the world today. The widespread information of the subject an app focuses on is beneficial to all who chose to download it. This is now true for The Impact at Mercy College.

As of April 27, The Impact application on iPhones went live, as the staff felt it was wise to add its name to the roster of the thousands of others who felt the need to keep up with the ever-changing technological environment established by a fast paced consumer base. The desire for information from the writers at The Impact will be met for those who are willing to download it. An exclusive Apple product, this free app will feature 25 previous articles from The Impact website, placed under categories including their title, dates written, author, and the column name they came from. It will also expand as more articles are added over time. This app will create a more easily accessible method to read the articles already available on the mercy website.

Mobile app usage grew by 76 percent in 2014, and the average U.S. consumer downloads on average 8.8 iOS and Android apps a month.

However, there are many difficulties that go into making an app.

Andrew Boryk, a student at Mercy College, developed the app for The Impact. While much of the app’s creation went without difficulty, there were some hurtles that needed jumping before The Impact could celebrate their latest method to spreading the news. The first was transferring over previous articles.

“I had to find a way to transfer the work with absolutely no access to the database,” says Boryk.

Eventually, simply by searching through forums for a few tips, the self-sufficient app designer found a way past this problem. Part of the solution was downsizing. As opposed to taking years of writing collected on the website, Boryk moved the most recent articles to the app, based on current relevance to the readers.

In addition to transferring articles, there is a risk with the app submission. When submitting an app to the Apple store, there is always the chance of rejection, whether the reason is obscene content or the more likely problem, too many glitches. When Apple is debating an app’s entry into its store, there is a two week consideration period. Rejection based on a glitch will force the creator to fix the bugs and resubmit, with another two week wait as punishment for lack of care. This causes an app creator to keep a watchful eye over the app in development, testing out any problems it may experience to decrease the risk of the app being rejected and going through an additional waiting period. Most glitches are not the result of functionality in the app if in the right hands. Everything that is supposed to work will likely work.

However, there may be problems if a consumer hits too many buttons at one time, for example. While the app would successfully access articles, it would freeze if the person using the app requested too many actions from it at one time. App creators frequently calculate human error over how well vital functions work.

Boryk was prepared to personally test and remove any and all glitches that Apple could find before submission that might impede the app’s release.

“This is something I have been developing since the beginning of the semester, and now I’m spending time trying to destroy it,” says Boryk.

Yet the app was improved on its first submission.

In 2015, reading can be intimidating. People may even shy away from searching online for the articles when something like Facebook is so tempting. Now, students and professors alike have open access to the information in each page within a tiny box on their phones that they carry around all day. The app will leave the students of Mercy without an excuse not to read the paper.

Apps are a more intimate reading experience than websites. If a friend sends a link to a website, an individual can go to the site and never need to return. Downloading an app is much more of a commitment, as it appears in the display on your phone. Also, just clicking on The Impact app will allow instant access without the need of trying to remember a URL. While theimpactnews.com is not particularly hard to remember, some URLs are longer, and more difficult.

“URLs are ugly,” says Boryk, when describing the convenience of an app over the complexities of typing in a URL.

Apps are more appealing, and therefore slightly easier to sell. Because they only take up a small portion on a phone screen, they will frequently pop out to the person who downloaded the app. The app appeals to more than just the students. To the writers, it is an extra outlet for their writing capabilities. Every story written places a milestone on their writing prowess during their time in college. Each article will experience the potential to be viewed by a larger audience. It is also an outlet for Boryk, as each app he creates will add another example of skill to his résumé.

The app will assist everyone, including Mercy students learning about current events, professors looking for examples of great student writing, and even the writers who are trying to make a name for themselves. At a time where technology is advancing the spread of information, The Impact will be capitalizing on the opportunity to make an even larger name for itself with a more extensive method to showcase student writing.

To download the app on an Apple product, type in The Impact News in the app store. An Android product is planned for next semester.