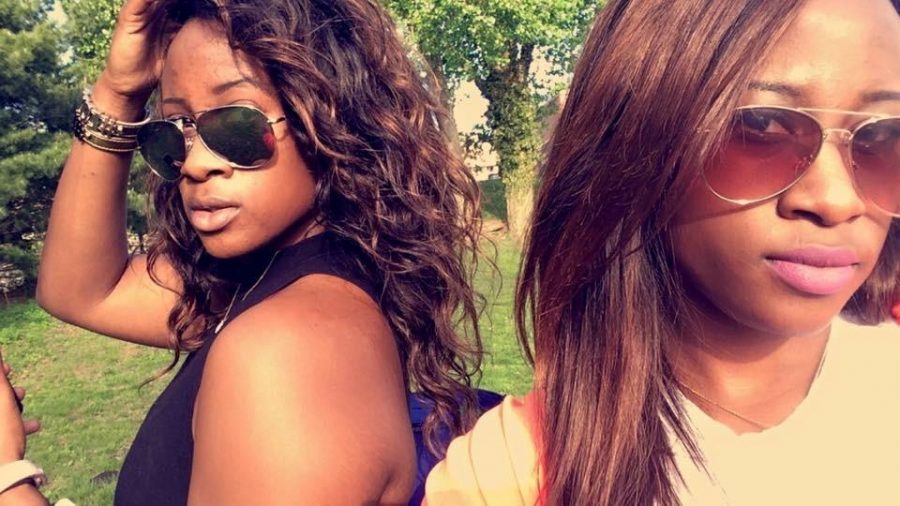 College is known to be diversified experience.
There are many different races, ethnicity’s, colors and personalities. One could never walk on campus and see the same type of student or professor. Everyone looks different, or so they say.

Because there are some students with the same faces. Although they are different in personality and style,  the twins on the Dobbs ferry campus are forever going to be perceived as the same person.

Yet that is the furthest from the truth.

Statistics say twins are stuck with the stigma of not being able to find who they are, due to their peers and parents always suggesting that they will never be an individual. They are constantly reminded that they are a twin, and are always identified as a part of someone else rather than being an individual.

Surprisingly, the bulk of the twins on the Mercy College Dobbs Ferry campus are identical.
Fraternal, or “Di-zygotic” twins are the product of two separate fertilized eggs which usually develops with two separate amniotic sacs, placentas, and supporting structures. Identical, or mono-zygotic, twins may or may not share the same amniotic sac, depending on how early the single fertilized egg divides into two.

One set of identical twins in particular are 20 year old Mercy seniors Bria and Briana James. They are a positive, prime example of twins who attend the same college who are seeking their own individuality. Most people feel as though they cant survive without their other half, which stunts growth, while others feel as though they are better off living without their twin.

“We did not have a good experience in high school, people always tried to separate us and put us against each other. So we knew we wanted to stick together and go to the same college,” said Briana.

The sisters, like many other twins in the world, love being the other half of their sibling but do not want to be defined and recognized as only that. Jealousy and envy is common among twins, due to the fact that they are constantly seen as the same, twins often try and fight for attention to show that they are different than the other.

“Our mother made it clear to us that she does not want us to think she has a favorite, so to eliminate jealousy, she gave us and still gives us the same thing for birthdays and holidays,” says Bria.

Female twins are different from male twins because socially statistically in regard to needing attention and validation from parents. Females are more vocal and lash out in their wardrobe, for instance, while males tend to keep quiet and not speak up.

For the Wagner brothers, Bryan and Alan, competition has been a reoccurring theme between the two. Since birth, the twins were even competed to see who would be born first, they joke.

“The competition of who’s the better twin or who gets better grades, is a constant challenge I face,” says Bryan.

Competition between twins can be a good thing, as long as its healthy and not something that they or one of them are obsessing over. As long as they can laugh at the end of the day and use each other as motivation to do great in all aspects of their lives, rivalry between twins is positive.

According to twinsuk.com, sibling rivalry is common and normal.

“Competition among siblings is part of normal family life and twins are no exception. In fact, most will admit to being very competitive and it may start as who gets the toy first but as they grow this can extend to school, sports, work, romance and anything else you can think of!”

Twin children compete for independence, dominance and parental attention and as they get older it changes and molds to bigger issues, the site says.

“The fight may start over who gets the toy or who gets the best seat in the car, but this is often a smoke screen for underlying issues such as feelings of jealousy, anger or insecurity,” as stated by twinsuk.com.

There are many common misconceptions that twins all over the world experience. One in particular is if one twin is hit, the other one will feel it, or that they always switch classes to fool professors.

“People always think were just alike, but i am me and she is her. It is annoying. We are not joined mentally or physically,” exclaims Briana.

There are pros and cons of being a twin. Many people just assume that it is fun all the time to have someone who looks exactly like them or favors them in a way, but most do not know the not so great side of being a twin.

“The positives to being a twin is knowing that you have a best friend and someone who has your back no matter what. The negative is that you have a worst enemy that you cant get rid of at times,” Wagner explains.

Another common misconception is that their is always a “good twin” and “bad twin.” However, that is just an old wives tale. Like most human beings, twins are not exempt from having mood swings. The parents behavior has a lot to do with the children’s behavior as well. Even at the very beginning, parents are responsible for how one twin or the other behaves. If one twin is always given more attention or dressed in prettier clothing, the child can pick up on it and will act out of retaliation. For many twins, they have no choice but to be the opposite of their sibling because they want to stand out and that is their way of being different whether it is good or bad. If their brother or sister is getting good grades or is better at dancing or sports, the other twin will stray and have anger or resentment. Also often being compared by parents, teachers or peers can be negative for the twin’s self esteem and relationship with each other.

“I am lucky to be a twin; life is easier because we have each other. I am less nervous when it comes to situations, when she is around me and we have fun in our own ways,” says Bria.

One common fun thing that twins are known for is, their gibberish language. Some may call it “Cryptophasia” or “The secret language of twins” – either way many twins, can communicate in their own language with one another. Forty percent of twins invent their own language, stated by Cryptophasia.com. The word has its roots from crypto meaning secret and phasia meaning speech. Most linguists associate cryptophasia with idioglossia, which is any language used by only one, or very few, people. Cryptophasia also differs from idioglossia on including mirrored actions like twin-walk and identical mannerisms.

Twins are likely to maintain an invented language because they spend a lot time together and are on the same developmental schedule, according to Slate.com. “Twins imitate and reinforce each other’s early inventions, weakening each other’s incentive to learn the mother tongue. They spend less time communicating with parents and other adults, on average, than do non twins, because they always have a ready playmate and because their parents are especially busy.”

The next time you see a set of twins, refrain from speaking to them as if they are joined at the hip, remember they are individuals and if you have questions, ask and end the idiotic myths and fables of twins.

“Although he makes me mad, I would not want to look like any one else on the planet,” says Bryan.
Whoever you look like, love who you are and always be mindful of how other people may feel, because what looks cool or easy, usually is not.”