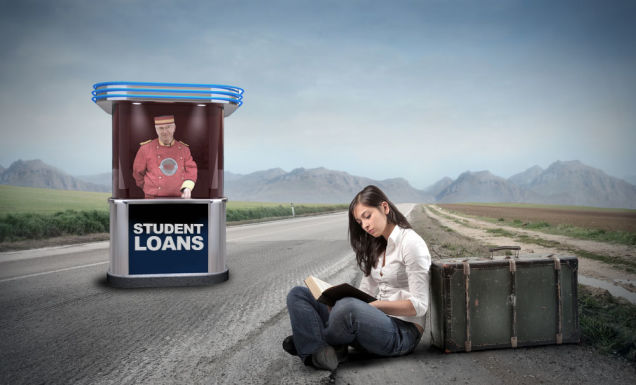 As time progresses, so do education, expectations and realities. They all seem to be involved, but there is a common denominator for many college students who are upon graduation, such as what will happens after college?

Life after college has caused controversy for many people; these worlds seems to be intimidated. However, as generations mature, more awareness has been exposed for college students in order of becoming less reluctant to something that might not be beneficial for those in the lower socioeconomic bracket.

The word “college” doesn’t mean that all of your problems are going to be solved. College is a lottery ticket. Therefore it doesn’t mean that you are gonna get a job right away. In fact, over a million people graduate from college each year, 60 percent of them receive no financial help from parents, 53 percent of graduates were unemployed and almost 2 million people are still paying off student debt.

Yan Carlos Mejia, a 22-year-old Mercy College graduate, admits that it was a very difficult and scary time for him when he finally graduated back in May 2015.

“After four years, late nights spent being surrounded by textbooks and doing homework, I am happy because I graduated from college but at the same time I can say that this is the real deal now, it is the real world and I have to fight to survive.”

Mejia became aware of how in the “real world” every minute counts and refers to that as the time of his life as “keeping himself busy and productive.”

After graduating college with a Bachelor in TV Production, Mejia faced some several internal struggles. “I was struggling with figuring out what I wanted to do with this degree. I tried to remember what was the purpose of going to college.”

He adds, “Was college really worth it? Did I go because my family and society wanted me to? I am still trying to figure it out.”

Trying to put his questions aside and focusing on his career, Mejia would write and make YouTube videos to create his own path of expressing his needs, taking advantages to today’s technologies.

When asked about his financial situation, he answered the following.

“I don’t have a plan to pay my loans, the government has a plan for me already. They send me emails everyday as a reminder of my late payment and I have no choice than to pay it back. I feel the impact in my lifestyle and things that I used to do are no longer available for me because I am saving money.”

“It is difficult to ask for help after college because everybody thinks that you are on top of the world.” Mejia recalls.

It was a bit easier for 22-year-old Stephanie McPherson, also a Mercy College graduate student.

McPherson has a bachelors degree in Physical Therapy Track and when she realized that she was going to be graduating on May 2015, she wasted no time to look for jobs in her field. However she feels like a totally different person because of her degree.

“Now that I graduated from undergrad I feel that I see life in a different perspective,” she explains. “Now that I actually have my degree I’m more determined to go for my goals in life than I was before.”

Thought she was very positive and energetic about finally graduating, McPherson will soon receive a little taste of the “real world” who she describes as her main struggle. “Finding a job was terrible, I feel that jobs now require you to have more than just a bachelors degree you need years of experience so it was hard to find a job that doesn’t need so many years of experience,” McPherson claims.

Eventually McPherson nowadays works as a physical therapist and it is now in Grad School at SUNY Downstate Medical Center getting her masters degree. She believes it has a lot to do with the fact that she’s ambitious. “I feel that overall if I have to pick another career I would and it will be a teacher for elementary school because I feel that knowledge begins with children. If I could go back in time I will minor in education because sometimes it is hard to find a job in the field you graduated in and then you see others career options where is much more easier. ”

As McPherson conveyed, Mejia felt the pressure of his career.

Throughout his experience of dealing with the burden that applies in the business of Television, Mejia admits that his biggest fear was rejection from friends, family and mostly from himself. “I still don’t work in my field and I am doing work here and there as a free lancer but I am not in my dream job,” he expressed.

Despite his fear of failure, he still was supportive about himself, but it didn’t came easy.  Something that he regrets is the fact that he did not apply for scholarships and didn’t socialize as much; however, that has wasn’t his thing. “I needed to be more friendly to others and to have more connection especially when you’re in this business,” he discloses.

Both Mejia and McPherson feel that upcoming graduating seniors needs to be more enjoyable and not take it to seriously but at the same time they need to be responsible, never give up, never think that everything after graduation is easier, keep fighting for what you want and just keep going.

Today, Mejia even thought he is not in television, he writes for People En Espanol accompanied with freelance work and with outstanding internships with Univision and Telemundo.

“I never thought that I could act but a director once saw me on the street and he offered me a role for a play in Broadway. So I am working on that right now.It is called “Tragedia en la Yola” which translates to “Tragedy in the Yawl” which will be on Broadway in December.”