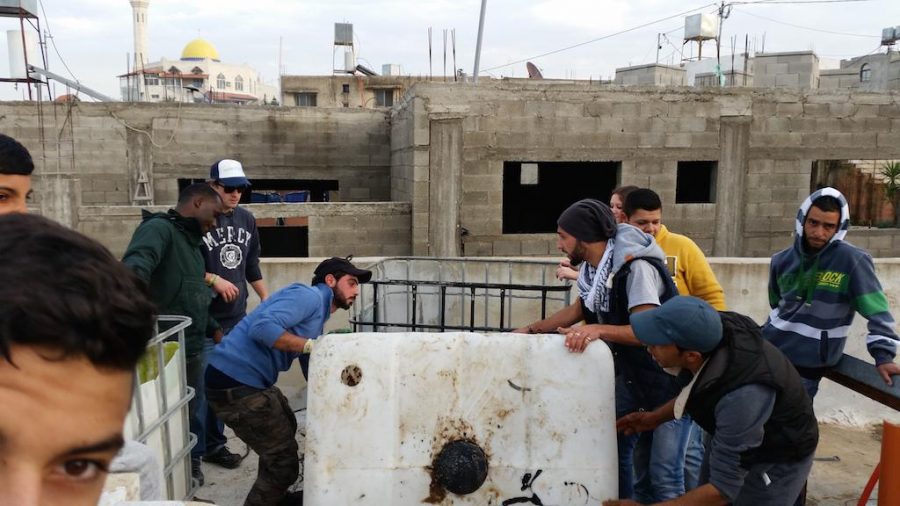 The six Mercy College students sat nervously on a train in Israel, staring at the three 17 year-old boys who sat across from them. The three boys, in military uniforms, didn’t carry luggage. Instead, they nonchalantly toted M-16 machine guns, ready to fight and kill any terroristic threat to their country. Although the two groups sat in the same train car, they were worlds apart.

The students, some Behavioral Science students and some members of the Environmental Sustainability and Justice Club, run by Prof. Thomas H. Culhane, traveled to the Middle East during the winter break to try to heal two countries currently at war. For their trouble, they would receive college credit, but instead had an opportunity to learn much more. 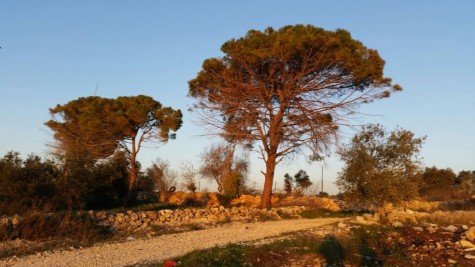 Historically, the Jewish people never really had a home. Living as nomads, they settled and moved for centuries. One group, calling themselves the “Zionists” settled into Palestine in the 1800s.

The Zionists lived in piece with the Palestinians for a little over a century until Adolf Hitler and the Nazi party put into motion the “Final Solution,” which called for a genocide of the Jews in Europe. The Jewish fleed to escape throughout Europe, many meeting with the Zionists. In 1947, the large amount of Jewish people living in the small establishment became larger and a dispute over land started. The UN decided to mediate the situation, giving 55 percent of the Palestinian land to the Jewish people, even though they did not even occupy more than 10 percent of the land before then.

Now, in present day, the tables have turned and Israel has control over a majority of the land while the Palestinians have small settlements in the West Bank. The two countries are still at war, as the hostility is not just over land, but also over religion and cultural issues.

This is the region where the six Mercy College students traveled to create what they call a bio digester. The six students started off their nine-day adventure in Israel as “test dummies” for a company called Home Bio Gas. There, they were given kits and photo instructions and were asked to put together bio-digesters.
With these bio-digesters, Mercy College has made humanitarian efforts to help those in need in Israel and Palestine in the hope of saving lives.

Bio-Digesters are a sustainable way to create clean cooking gas using organic waste, such as any kitchen scraps, as well as human and animal feces.

The Bio-Digesters are made using large International Bulk Containers (IBC Tanks). These tanks then hold all of the waste deposited. As the waste breaks down aerobically, it then creates two items: clean cooking gas and fertilizer. Both are collected and used. These byproducts make life not only easier and cleaner to those that use the bio-digesters they also make life possible.

“The women have to cook on wood fires and many of the kids and moms die from smoke inhalation because the whole building fills up with smoke. An hour on the woodstove is the equivalent of 400 cigarettes,” explains Boyce.

Edwin Diaz, 22-year-old senior and member of the International Relations and Diplomacy program, said “Four million people die from household air pollution attributed to the use of solid fuels to cook. Currently, three billion households worldwide rely on such fuels.” 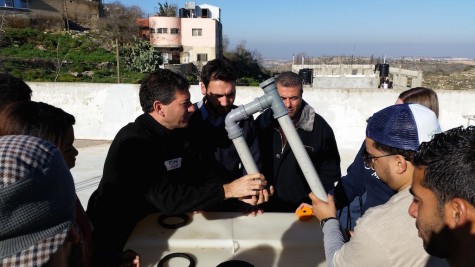 This is a lifesaver for people living in arid locations such as those in Israel and Palestine. People are then able to use land that was once considered useless to provide food. However, building the digesters themselves was not an easy experience. “It’s difficult manual labor. You’re working with manure. You get a bunch of stuff on your hands. You get dirty…but it’s all fun work,” says Boyce.

The students built a total of six digesters, two from Home Bio Gas and four others from scratch, with each digester taking a total of one to two days to build. The students did have help from others making the bio-digesters but that in itself was a challenge. The help was from Palestinian college students who did not speak English- all they knew was that the Mercy College students were there to help the village.

“We actually did the full build[s] not understanding a word with each other, and it was just an incredible realization that you can go anywhere,” Boyce explains. “You can be with people was literally don’t understand a word you’re saying and you can make something that amazing just from body language.”

However, tension did arise when both Israelis and Palestinians were together at the same location. A small group from both countries had come together to help the students build two bio-digesters. The Palestinians refused to be part of anything the Israelis were a part of and threatened to leave. After the threat, a peaceful solution was formed in that the Israelis would work on one digester while the Palestinians would work on another. Unfortunately, this wasn’t the only difficult build.

The night before they were going to a build, a rumor spread to all the students. Some claimed that Palestinian students from an unnamed university had been taken by the Israeli military and were used for target practice. Allegedly, students from the same university were expected  to help them build the very next day.

“It was pretty heartbreaking – they were just the sweetest kids, and they were our age so we could relate to them. It was heartbreaking to think that if that had happened here, we wouldn’t even go to the build,” says Boyce. “They still came and were so dedicated in doing what was right for the community and making a difference.” 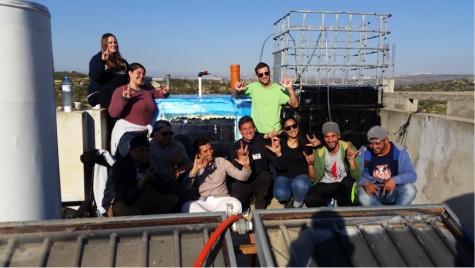 Unfortunately, that is the reality of the Israeli/Palestinian war. A reality that Boyce and her classmates faced when stepping into that war zone, and all the while, stumbling onto an eye opening experience and into the arms of acceptance. They experienced the tension that’s built when living in war; they learned about the dangers the Palestinians faced, not only in the streets, but also in their own homes. However, they also experienced a peace, a kindness and understanding that wasn’t expected at first.

“We met many different people from many walks of life. We met people around our age who were doing their mandatory national service,” said Diaz. “We met political conservatives and political liberals. But to sum it all up, we were welcomed as students and as volunteers. I encountered nothing but kind people during the trip.”

And Diaz was not alone. While visiting several little cities and villages within the West Banks, Brenda Rodriguez, 29 years old, junior and Organizational Management major, expressed the same sentiment. She explained that the Palestinians were appreciative of the work with the bio-digesters and that the people were going out their way to accommodate the team.

The trip did not go without incident for the Mercy team, however. One of the students was detained briefly while leaving Israel, which resulted in the team almost missing the flight home. Some members of the team told The Impact that the student in question had a verbal spat with Israeli security, but the situation was resolved within 45 minutes. The student had no comment when asked about the incident.

All six students felt they had made a difference when they came back. Their efforts provided assistance to villages that would not have been helped had it not been for the students. Not only did they help those currently living in the villages; they also were able to help create a sustainable future. Although they faced the realities of war, they are all willing to go back and work some more. Their experience of living between war and peace mattered to them the most.

When asked if the team would like to return, they all echoed “Yes. Most definitely!”