Do It Yourself: Celebrating Black History Month 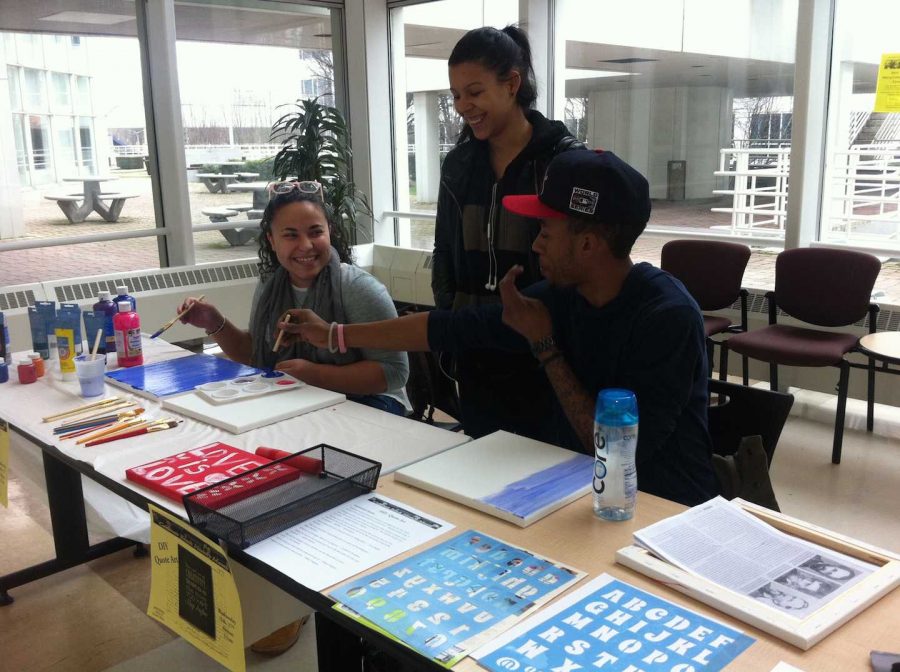 Mercy College Bronx campus kicked off the Do It Yourself (DIY) series celebrating the Black History Month by allowing students the opportunity to paint canvases and showcase their creativity.

Students had a choice of putting a quote on there canvas that was provided to them, or to be creative and formulate their own.

Black History Month is celebrated in February and it’s an important month for the U.S. celebrate. It’s an annual celebration of achievements by African-Americans and recognizing the central role of African Americans in U.S. history.

The event grew out of “Negro History Week,” the brainchild of noted historian Carter G. Woodson and other prominent African Americans. Since 1976, every U.S. President has officially designated the month of February as Black History Month. Other countries around the world, including Canada and the United Kingdom, also devote a month to celebrating black history.

The Director of Student Life, Ruben Henao, said, “The intention behind the Black History Month, DIY-Quote Art project is to explore inspirational quotes from influential members of the African-American community and incorporate those quotes in their everyday lives through art. Students will choose an inspirational quote to create a canvas painting.”

Some students enjoyed the even for its cultural implications, but others felt it was a great way to unwind after a long day of class.

Student Mysticstar Almodobar said, “I finished coming out of class, saw a table with paint and wanted to keep myself leveled, so I deiced to walk over at the table and stated to paint to take some stress off.”

He added, “It released a lot of stress actually, a lot of people and therapists recommend painting, writing, and drawing to releases stress.”

His photo was a collection of clouds in the sky.

Also displayed at the event were quotes from well know African-Americans.

“You can’t use up creativity. The more you use the more you have.” – Maya Augelou.

“Students will then be able to take home what they’ve created and display their quote art as form of inspiration and remembrance of the influential member.” said Henao.

But for student Shaquam Perrin, he had a different view about it.

“I feel like it helped you portray an image because a lot of people have a mental block on things that they block off on themselves; causing them to have different types of reactions according how people speak to them, but if you paint the picture for how you feel in the inside people could have a better understanding of your feelings and what’s really going on in your head.”

Do It Yourself (DIY) series celebrating the Black History Month was a success while students had different reflections about painting canvases.

Like Booker T. Washington once said: “Success is to be measured not so much by the position that one has reached in life as by the obstacles which he has overcome while trying to succeed.”