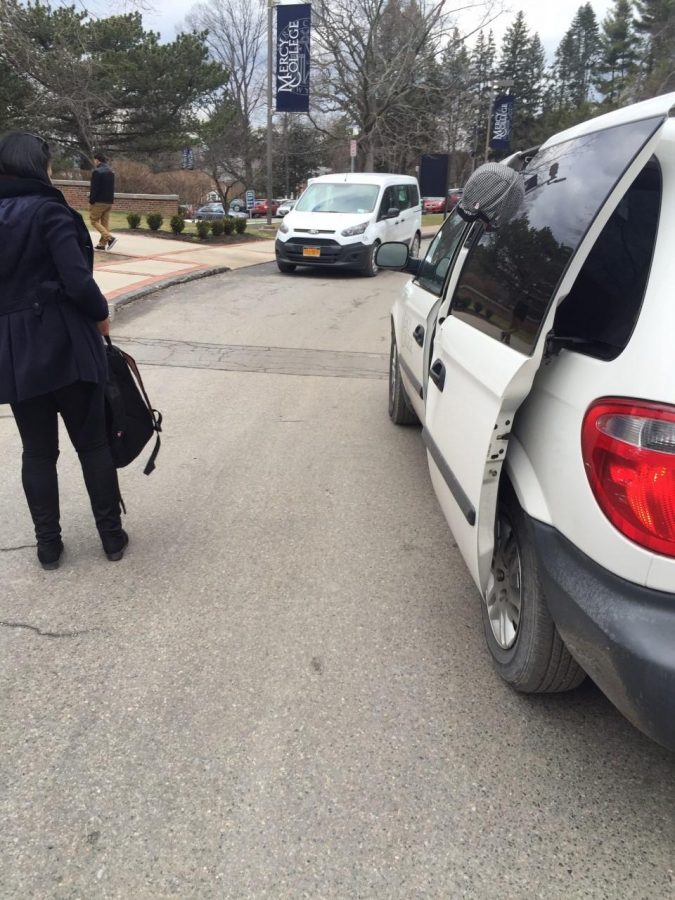 Long commutes are terrible. But you already knew that.  Transportation at Mercy for some can be expensive and inconvenient. With bus stops right outside of campus, as well as a Metro-North station at one end of campus, plenty of shuttle services and an ample parking on campus, one would think you are always be able to get where you need to go, but apparently it does not always work out that way.

Mercy offers a complex system of transportation, however many students are demanding better services, especially for commuters who use the Metro North on a daily basis. In an attempt to do so, Mercy started to offer shuttles for Metro-North commuters, however some wish that there were more shuttles and that they adhered to the train schedule better.

“One of the biggest issues was how do we make it easier for students to get to campus. So we came up with this idea of sending shuttle to the train station to alleviate that walk up the hill on bad weather days,” says Mercy College Safety and Security Director Cesar Robles.

In total, Mercy currently has four shuttles with various destinations to cover. Only two of them run directly to the Metro-North station and throughout the campus, moving students from different locations. However, students are not satisfied with the results and they blame the shuttles for adding problems to their commute from the train station to the campus.

Josette Terry is a Mercy College’ student who uses the shuttle daily after her long commute in the Metro-North. “I use the shuttle because is fast and convenient, however sometimes it can be very inconvenient when the shuttle is not there on time because I have to walk that hill in the cold.”

Trying not to be late to class, students then have to debate to whether wait for the shuttle or walk to class.

Sometimes the shuttles are not always there when the students are arriving, and most of them do not know how to contact when issues arise.

“I have no information on how to contact them,” as Terry adds.

Another student that doesn’t know about how to acquire the right contact information for the shuttles is Shanelly Guzman. “ If I have to wait for the shuttle I usually wait like two to three minutes, and actually I didn’t even know if they have a number.

Robles wasn’t aware of the issue because  he said no one ever complains, he says, but when asked about where can we contact the shuttle he said  the shuttles follow the same schedule of the Metro North station even during rush hours, however some students arrive on the express train, and the shuttle cannot wait for every single student.

“We have so much information out there in the security website. We have posters in the hallway.  The number is We have the emergency number (7225) that the students can call, so it is out there, but people don’t use it unless there is a real emergency,” as Robles said.

For veteran commuters, is very easy to not take the shuttle and just walk, but on the daily basis it can be inconvenient.

Many of the Metro-North commuters work in towns or cities where it requires travel from far distances. And with every commute, complaints roll in. Commuter complaints—“that it makes us fat, stresses us out, makes us feel lonely, and literally causes pain in the neck—my commute is killing me!” said Kimberly Lopez, a Metro-North student commuter.

Though all of the shuttles provide a free no-cost service to the students, when it comes to moving them around, Robles indicates that if he doesn’t hear these problems it means that they are assuming that everything is perfectly fine and that students only ask when they need help. The right data that many students who need help aren’t asking for.

Some frustrated Metro-North’s commuters have to deal with the size of the shuttles. The fact that it is small in size are making more problems for everyday-commuters. “ It can always be larger, its pretty small, and a lot of students have to walk because you can’t fit them,” as Terry says. 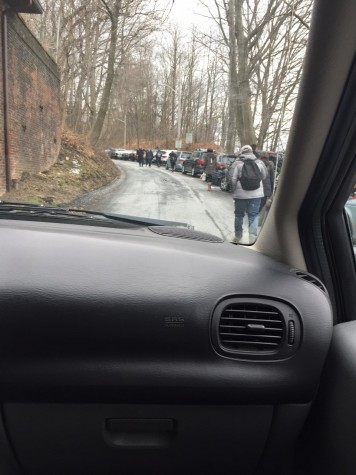 Student Shanelly Guzman agrees. “The bigger bus is a must because I’ve seem a lot of students, including myself where the bus is full they just end up walking and that is not fair. Nobody wants to walk that hill.”

Viridiana Mendez is one of the shuttle’s drivers at Mercy College and she feels that they do their best with two shuttles. “We try our best to be there on time but there is a lot of students who need to be transported back and forth. It is not only students. Facilities have to transported around the campus.”

When asked about the Metro-North schedule, Mendez says that they do know it and in fact they have an app that tells them when trains are arriving, and that hopefully bigger shuttles arrive in the future.

Erick Alberto, a Mercy College student, says that, “I’ve been willing to sacrifice living space and housing comfort for a shorter commute.”

Last semester, he started dorming at Mercy College just because he didn’t want to use the Metro-North to come to school.

“If I ever commute again it will be when I have a car. I am all about making it easier, not harder,” as Alberto adds.

Students that have questions or issues are encouraged to research the matter and contact the college.

“Before the semester start we send out an email to the students on the Mercy Mavericks email and all the information is there. Now is up to the students to look at it,” as Robles says.