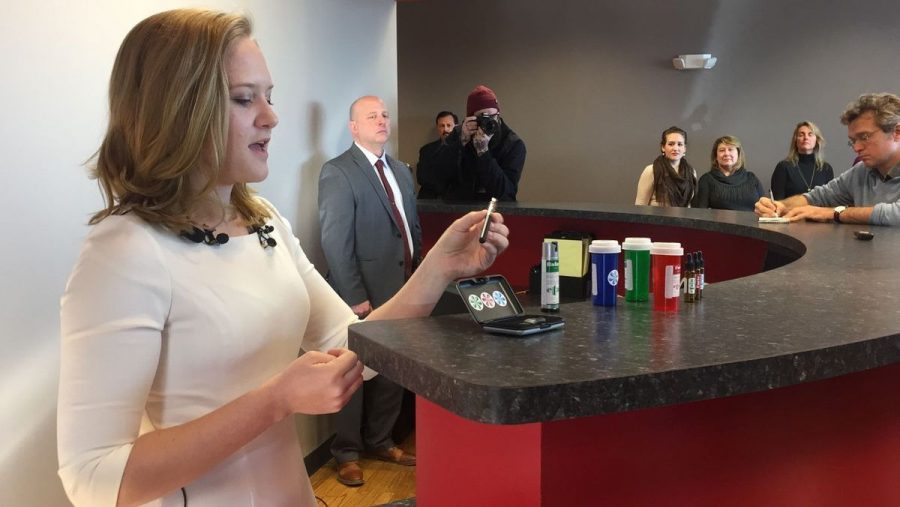 We’ve all heard the rumors, the speeches and the diagrams.

Or the ever so popular “Marijuana will turn you into a zombie!”

However, over the past decade, thought processes have changed. With cancer and other deadly illnesses becoming more prevalent in society, so is the need for scientific testing in areas never before thought to hold answers.

As the first medical marijuana dispensaries open in New York, questions of its supposed medical benefits have sparked curiosity among the public. For the first time in the states history, Marijuana has been approved for medical testing, even though the drug itself is still not legal federally.

Under a 2014 law signed by Governor Andrew Cuomo, New York has been permitted to enter into the medical marijuana market. This comes after many years of lobbying by lawmakers on behalf of patients who have seen its medical value. These patients range from children, for whom the drug has proven to be a palliative to debilitating illnesses, as well as adults who suffer from a range of illnesses.

The program currently only allows the use of Medical Marijuana to certified patients who have cancer, HIV/AIDS, Parkinson’s disease, multiple sclerosis, intractable spasticity caused by damage to the nervous tissue of the spinal cord, epilepsy and inflammatory bowel disease. Patients with neuropathies and Huntington’s disease may also be approved for the drug. Also included in the list of approved diseases is Lou Gehrig’s disease.

However, even after the laws adoption and approval, many supporters criticize its strict regulations. This stems from one of the regulations being that only a limited number of conditions qualify for medical use of marijuana. It is also only sold in twenty locations statewide, which means its not readily accessible to patients who rely on it to combat illness. In addition to these stringent regulations, the drug also may not be smoked in New York state, a stipulation of Governor Cuomo’s approval. The drug must also be processed into other forms such as vapors, capsules, edibles and more, by the companies that grow it.

Although the regulations are stringent, the simple fact that New York state is even allowing companies and physicians to do research with the drug is a huge step in the direction of holistic pain medication. Moreover, it is a huge step for us as a nation, with many realizing that the medical marijuana market is largely untapped and could possibly hold a lot of profit.

Evan Schwartzman, a junior majoring in music industry and technology at Mercy College, has found himself at the center of the medical marijuana business in Westchester since his aunt is the owner of Etain, one of only five groups chosen by the state to distribute the drug. His aunt’s shop is set to open in the next coming months for operation. When asked how she first came across medical marijuana, Schwartzman explained that she had not always been as open to holistic medicine as she has recently been.

“She was a skeptic like a lot of older people,” said Schwartzman. “But she has a lot of people in her life who suffer from ALS, cancer, and other illnesses. She also has a daughter who is autistic and has aggressive and painful seizures. She started losing a lot of people to these diseases, and she would watch them die in pain.”

She realized that there had to be alternatives.

“She saw what some medicines were doing to people and realized that a lot of the side affects produced further complications for some of her loved ones, that’s when she started looking into other forms of medicine.”

Hillary Peckman, Shwartzman’s cousin and COO of Etain, helped her mother and sister found the family business after losing her grandmother to ALS, a neurodegenerative disease that effects nerve cells in the brain and spinal cord. Ms. Peckman, a former Miss New York contestant, estimated that “an average patient might spend $300 to $1,200 a month on marijuana as medicine.”

She and Etain are an example that there is a huge monetary gain for the states who allow these dispensaries to distribute.

Although revenue from Colorado’s marijuana tax fell short of its projections in 2014, it was expected to double in 2015 and did just that steadily. The state expected to collect $70 million  in tax revenue from the drug, yet it only collected $44 million: less than expected but still a huge gain.

According to financial data released, Colorado also made significantly more money taxing marijuana than it had taxing alcohol for the year long period of July 2014 to June 2015, with the drug netting almost $70 million and alcohol just under $42 million.

Still, one cannot just “toke up” anywhere in Colorado. There are designated smoking places where people can feel free to smoke. In addition, there are marijuana PSA’s urging users not to smoke outside or in parks where there may be children or pregnant women. Rather they ask users to smoke inside in the comfort of their own homes or in the designated smoking areas.

Sanjay Gupta, Surgeon General to the United States, was not always on the side of legalizing pot for medical use. In fact, early on in his position, he argued that marijuana was bad for people. However, after time spent researching the drug and its medical use, Gupta believes it is time for a “medical marijuana revolution.” There isn’t any concrete supporting research that the drug cures illnesses; however, it does provide significant pain relief without any damaging and deadly side effects.

One of the biggest hurdles are reluctant doctors. Marijuana Business Daily claims only 1,500 patients are registered in New York’s medical marijuana program, citing doctor’s concerns to prescribe the drug to patients. Only 445 doctors out of 90,000 have registered since the inception of the program two months ago. Many outlets have reported that doctors express concern over insurance problems and fraud possibilities because the laws are currently undefined, and Medicare does not have a code for medical marijuana.