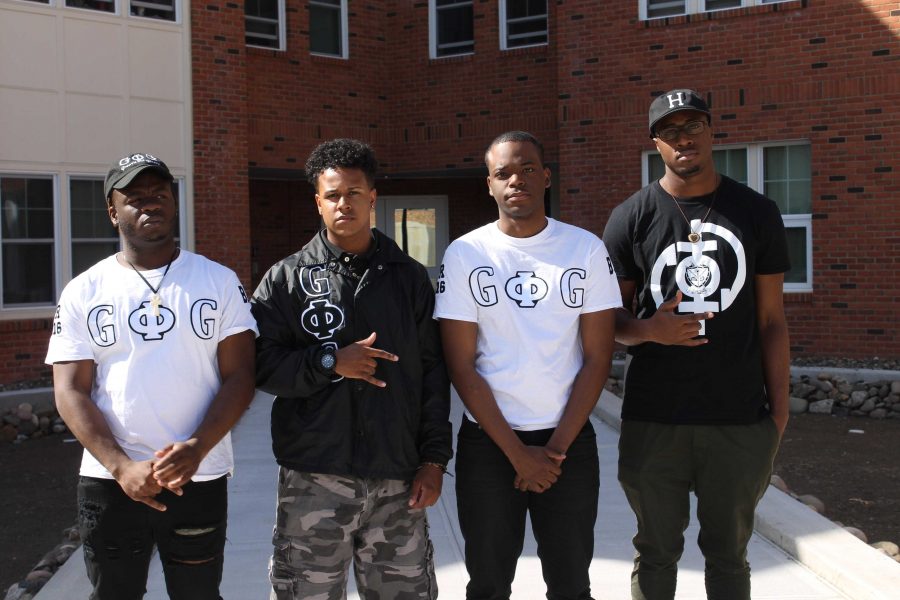 While Greek life has played a part in so many colleges across the nation, Mercy College has never been home to a chapter of a fraternity or sorority of its own.

One of the oldest traditions in higher education is students transforming friends and colleagues into “brothers” and “sisters” rather than sitting in a classroom and awkwardly trying to introduce oneself to people he or she doesn’t really know. Films have altered the way the public looks at fraternities and sororities. Films tend to make fraternities and sororities look bad; for example, they usually are associated with keg parties, hazing, pledge week, and just making a ton of noise.

The members of Groove Phi Groove are Mark Brantley(senior), Xsavior Warren(sophomore), Dany Larame(sophomore), and Matt Ritchie(senior). So far they are the only members of this social fellowship, and there is only one member here at the Mercy College branch so far of Swing phi Swing, Tijashn Nichols(senior).

Groove Phi Groove was founded at Morgan State College on October 12, 1962 by a group of young black men who wanted an alternative to the well-known and traditional fraternities. Groove Phi Groove is a non-Greek, non-hazing organization whose purpose includes promoting academic awareness as well as being an alternative to the traditional Greek fraternity.

The women wh0 formed this organization dared to be different by challenging the traditional membership in black Greek-lettered organizations and chose to create a fellowship of women committed to meaningful community service, promoting and achieving academic excellence, and strengthening community involvement.

Today, Swing Phi Swing has over 50 graduate and undergraduate chapters throughout the United States.

Swing Phi Swing and Groove Phi Groove are the type of organizations that work on bringing the community together rather than trying to pit people against another, it says. It doesn’t matter to those parts of the organizations  how many people there really are as long as they know one is committed and passionate to the cause. It says the members of these groups care about the people that would want to join.

Of course having more people join these organizations is the ultimate goal, they just have to get there one step at a time.

Once you are a part of a fraternity or a sorority, how well do you actually know your fellow brothers and sisters? You live with these “brothers” and “sisters” for a certain amount of time – sometimes there are so many of them, do you really know each other that well? Or at least as well as you want to?

Groove Phi Groove and Swing Phi Swing are about bringing people together and becoming a family, and that’s what they plan on doing in the Mercy College community.

“You have to want to join for the right reasons, not just to have the letters,” said Mark Brantley.

Joining these social fellowships, one must be willing to put in work and not just hang around and party all day. One has to want to be a part of something special. The people who are a part of these organizations will become family and help another in achieving goals in life. Just like a second family.

“I chose Groove because they didn’t want to mold me into something I wasn’t. It was all about self-improvement, and their Afrocentric roots were a bonus for me. Also, I feel that an organization like this is needed especially in these times,” said Matt Ritchie.

Since Groove Phi Groove and Swing Phi Swing are non-hazing organizations, there is less pressure to fit in and want people to like you. There is more of a family vibe in these organizations, rather than the “do what I say” in order to fit in vibe.

“I’ve spoken to members from other organizations and have visited Greeks at other colleges, and personally I felt as if I could not be myself. I felt as if they were forcing me to live up to a certain image. Also I felt as if they didn’t want to take the time to get to know me as a person,” said Mark Brantley.

“Once I researched Swing Phi Swing, I was so interested there was no need to research other organization,” said Tijashn Nichols.

Groove Phi Groove and Swing Phi Swing are very open and want to be very diverse. They are accepting of everyone and they want as many people to join as possible. People may think that only African Americans are only able to join, but that is not the case. All are welcome.

“You just have to keep your mind open and be willing to put in the work,” the organization says.

Films that show us what fantasized fraternities and sororities are all about, make them seem like a really difficult group to be a part of.  They are perceived as a mean groups of people who just want to make people’s lives a living hell for a little bit and make them seem to be at the top of the food chain. Films perceive these Greek organizations as the most popular people at the campus. Groove Phi Groove and Swing Phi Swing are not like that at all.

“We don’t want people thinking we are a group of mean people. We aren’t the stereotype, ” said Brantley.

These organizations are much more than just letters on a shirt or on a sweatshirt and parties. They would love to have the opportunity to inform people of values they cherish, important values that can help guide students with their future. They claim their events strive on interaction and are not just lectures.

Being a member of Groove Phi Groove and Swing Phi Swing doesn’t come easy though.

The group welcomes all, including commuters and residents.

The organizations hope to recruit students based on the motto, “Through loyalty and integrity, we shall achieve greatness.”