Sexual Assaults Protested At Take Back The Night Event 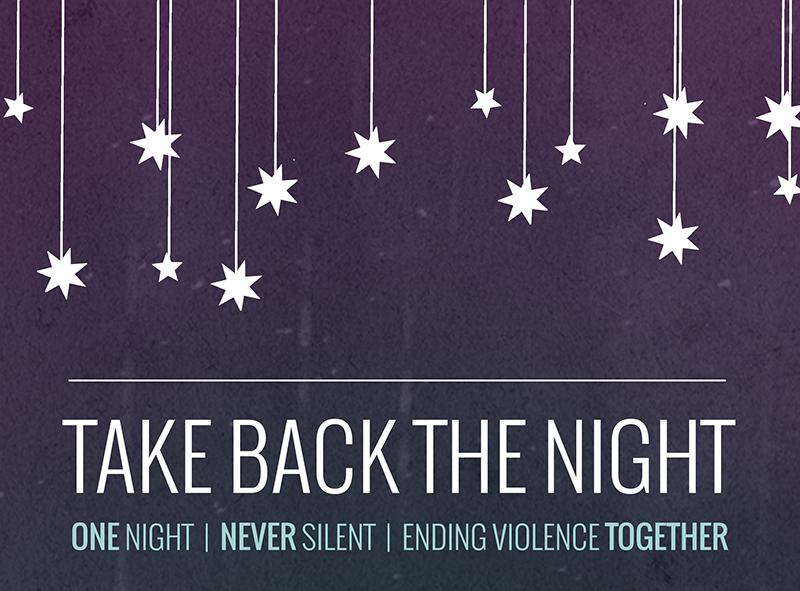 Shatter the silence, end the violence.

On April 6, Mercy College held its first ever Take Back the Night event.

The event is an international initiative to protest rape and sexual violence, particularly on college campuses as an effort to mobilize greater dialogue and social action.

Starting at 3 p.m. with sign making, Colleen Powers and Alyssa Prete stood in front of Lecture Hall with signs that read, “Rape jokes are never funny,” “Real men don’t rape” and “Clothing does not determine consent.” To everyone who participated, Powers handed out two colored beads, one purple and another one in teal.

Among the many signs that were created, there was one that really stuck out as “original.”

The sign was created by freshman Sofia Barba, who is studying communication disorders.

Once it hit 3:30 p.m., Prete, who sported a shirt that read, “Whatever we do, Wherever we go, Yes means Yes and No means No,” began the silent walk across the Dobbs Ferry Campus.

The first stop was at the softball field under a tree. Prete read the first poem, as she quoted, “He took away my voice. I said no, but he made me a statistic and a victim.”

“Today, I am becoming a butterfly. I’m coming out of a cocoon and I’m ready to fly,” Prete finished.

Although there was not a big turn out to this event, students like Megan Grullard, a sophomore studying Occupational Therapy, helped show her support as she held her sign that read, “Rape jokes are never funny. It’s a serious issue that many people face to this day. Take action to end sexual assault.”

She admitted the reason why she wanted to get involved with Take Back the Night was due to the documentary, Hunting Ground.

“It’s about college students, like me and you, but it focuses on their cases with rape and sexual harassment,” said Grullard. “Their voices were being heard, and it opened my eyes.”

“This is a good cause because domestic violence and sexual harassment need to be protested against,” added Grullard.

Standing next to Grullard, senior Ashley Santos, who’s studying to become a physician’s assistant, stood with her sign that read, “Awareness inspires change.”

Santos explains the reason she is attending Take Back the Night is because being an RA, she wanted to make sure people came to this event in order to raise awareness.

“No one should feel afraid and scared,” Santos said. “This is something everyone should participate in because it’s something serious.”

The next two stops on campus were by Victory Hall and Hudson Hall, followed by the Lecture Hall. In the Lecture Hall, a seminar was taking place about awareness of sexual assault.

Prete, a Licensed Mental Health Counselor who works in student counseling services at Mercy, stood up front and explained how she felt the Mercy community needed an event like Take Back the Night to raise awareness and to present resources.

“I participated in it for the first time during my undergraduate,” Prete began to say. “It was powerful and had a large turn out.”

“Mercy’s having the event is something great because it helps raise awareness and shows college is supposed to be a safe place.”

Along with Prete speaking, Victims Assistance Services were also of attendance at this event.

Riley Ingram, who has worked with survivors of rape, sexual assault, and abuse, spoke out about seeking help.

Ingram also spoke about Victims Assistance Services trying to lay a foundation for a new society.

“We’re trying to end victim blame,” she started to say. “You know the sayings, ‘Don’t walk alone at night. Always use the buddy system. Never leave your drink unattended.’”

“If something happens to you, you’re not responsible to determine if it’s serious. If you’ve been abused, harassed, or been a victim of violence, it is serious,” said Ingram. “Use the number!”

The Impact distributed a survey among students about different aspects of sexual assaults.  From the information gathered , students reported that assaults do occur, but reasons why they are not reported vary from not wanting to expose oneself or students being unsure who to report to.

According to Mercy College’s policies, all sexual harassment, assault, and dating and domestic violence is to be reported to Ana Gonzalez, Title IX Coordinator, in Main Hall room 223C.  After being reported, a case will be put together to help determine what type of discipline will be most fitting and will remain confidential.

On campus, there are other staff members to report to as well.  All Security, Heads of Academic Departments, Student Affairs, Residence Life, Athletics, and PACT staff all are Mandated Reporters.  If an incident is revealed to one of any of the staff members in these departments the staff member(s) are to disclose the information to the Title IX Coordinator.

Reporting the crime is the first step towards helping end rape and assaults.  Whether it is reported to the police or to a staff member on campus, actions will be taken.  Events like Take Back the Night are important to help promote awareness against sexual assaults and rape so others that have been affected by these crimes can see that they are not alone in their situation.

“I hope Take Back the Night will become an annual event during the spring for Sexual Assault Awareness month,” said Prete.

Hopefully, the attendance rate for next April’s Take Back the Night will improve to help broadcast the importance of knowing how to receive help after a rape or assault.

If you or someone you know is a victim please know that there are those willing to help.  Please contact, Alyssa Prete from Student Counseling Services at [email protected] or Ana Gonzalez, Title IX Coordinator at [email protected]. For off-campus help, call Victims Assistance Services at (914) 345-9111.  This helpline is active all seven days of the week at any time.

Sexual Assault needs to end. There’s no reason to have it.