Mercy Remembers 9/11 With The Serve and Remember Project 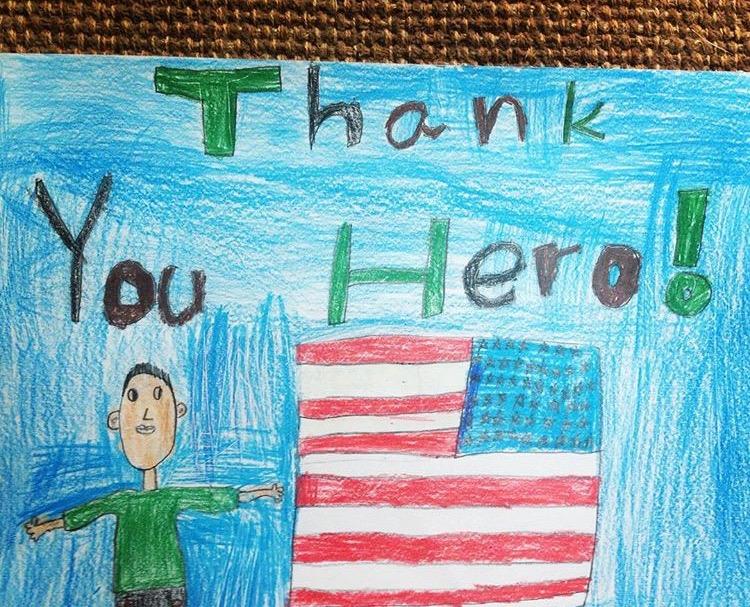 The fifteenth anniversary of the Sept. 11 attacks reared its ugly head last month. Silence and sadness filled the air. The Mercy College community took this as a opportunity to have a weekend when the campuses united in remembrance.

Throughout Founder’s Day and the weekend, Mercy College held their annual Letter Writing to the Troops event along with 9/11 Serve and Remember Project.  This event has been running a few years now and always has always been a success, with Mercy College students ready to appreciate the troops fighting for our country overseas.

Throughout the weekend, not only were letters written to the troops, but dog tags were made as well with words engraved.  Among the words were strength, honor, and fearless. These dog tags are made to show the troops how much students here at Mercy support them, and to make them feel appreciated, even though a random student is writing the letter.

The organization that Mercy works with is Operation Gratitude. Operation Gratitude sends around 200,000 plus care packages that are filled with food, different assortment of entertainment, hygiene essentials, handmade items, and the addition of personal letters. These letters of appreciation go out to Veterans, First Responders, New Recruits, Wounded Heroes as well as their caregivers. There are some that are sent to individually named United States service members who are deployed overseas and to their families that are waiting at home. 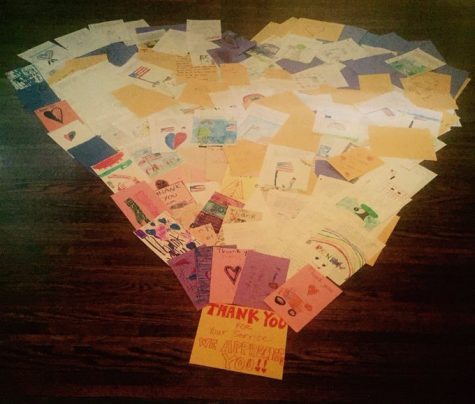 Their mission is to lift the spirits and meet the evolving needs of the military and first responder communities, and to provide volunteer opportunities for civilians all around America to help them express their appreciation to all who serve our nation.

The mission was to lift the spirits and meet the evolving needs of the military and first responder communities, and provide volunteer opportunities for civilians anywhere in America to express their appreciation to all who serve our nation.

This event was a perfect time for the Mercy community to reflect on their most grateful moments and how appreciative they truly are. There were many moments of students having the feeling of being selfless.

There was one moment that stood out to Railyn Pou, director of Student Life at Mercy College.

“I was walking by and saw a little girl with her mother. She was asking her mother why everyone was writing letters,” said Pou.

She went on to say that the mother explained to her daughter that all these students here are writing letters to people like her family members who are overseas being brave.

“It was one of the kindest moments at the event.”

The little girl who was there with her mother didn’t fully understand what everyone was doing, but after the mother explained that this is what they do when they send letters to their family members, the little girl was more than happy to draw a picture to make the troops feel as if they were at home.

There are many veterans that attend Mercy College. One of the people that were there was Viviana DeCohen. As a young woman, she enlisted in the U.S. Marines.

DeCohen is the Veterans Counselor for the PACT office at Mercy College in the Bronx. She was at the event with other veterans, helping them out with anything they needed. The students who were there as well got to speak and listen to what the veteran students had to say.

The students who attended the event felt a wave of gratitude fall over them as they listened to the veterans speaking. The atmosphere of the room got a bit heavy at times, but overall, everyone was feeling grateful, and wanted to give back.

“This was a time that the Mercy community came together and we were able to become the Mercy family that we are,” said Pou.

Another Veteran that attends Mercy College is Joseph Bonifiglio, who studies cyber security. Even though he did not attend the event, Bonifiglio felt a sense of pride in the fact that the school was holding an event like this.

“There is something genuine about receiving a letter from children. The way they write is just a nice way to feel appreciated,” said Bonfiglio.

The Senior Director of Mercy College’s PACT program, Elizabeth M. Holcombe had said, “It’s a simple activity for us, but it means a lot to the men and women serving overseas.”

“Letter writing is a great way to show your appreciation; it is important that we tell our nation’s heroes how much we appreciate them for serving our country,” added Holcombe.

Even if one has not attended, is is still possible to be a part of letter writing by joining Operation Gratitude. Even though the letters are not addressed personally, the letters get sent to all the troops along with the dog tags.

Bonfiglio admitted that even though they are letters from college students, it’s nice to see that people care and don’t get caught up with the current media portrayal of veterans.

“With all the craziness going on in the world today, it’s great to feel appreciated and know people of all ages are out there backing us up.”