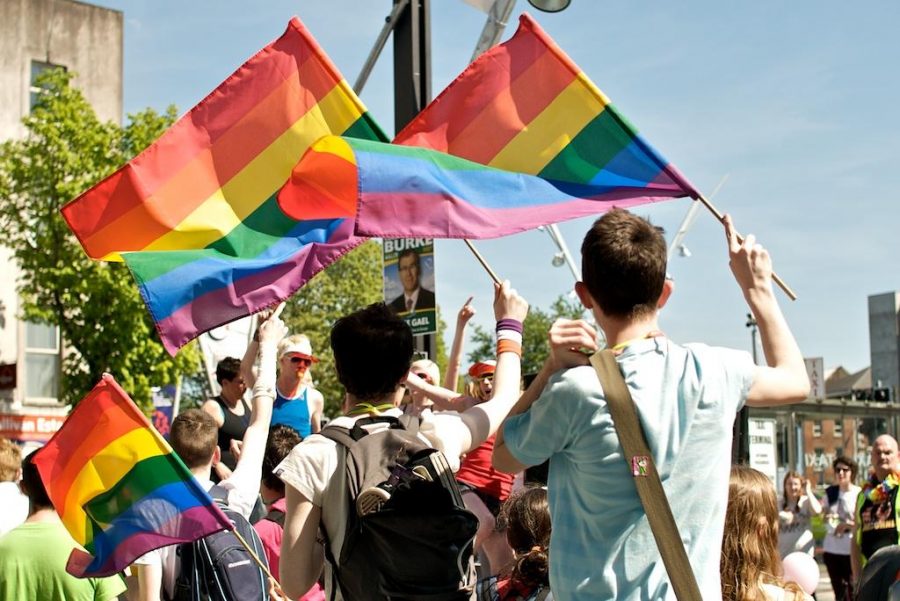 Being straight typically means not having to worry about disclosing one’s sexual orientation. At least, that’s the common assumption. However, for the LGBTQ+ community, they take on a different story: ever wondered what it’s like to come out?

Oct. 11 was National Coming Out Day, and it is a day in honor of commemorating and raising awareness of this emotionally challenging process. Society has come a long way promoting the acceptance of different sexual orientations. Being gay now is not the same as it was 50 or even 30 years ago. However, harassment and abuse both verbal and physical, are still a big problem. According to the Human Rights Campaign, nearly 92 percent of LGBT youth say they hear negative messages about being LGBT and are twice as likely as their peers to say they have been  physically assaulted, kicked, or shoved at.

College is a popular time to come out, and for most, is the first time being independent and living away from one’s parents. But most importantly, it symbolizes the start of a new time in someone’s life. Statistically, according to the Human Rights Campaign,  LGTB youth who come out to their immediate families are more likely to report being happy than those who do not. Every story is different and everyone has their own reason to come out, however, there always seems to be a recurrent reason: the ability to fully embrace and accept who one is. It is hard for someone to be themselves when they constantly have to filter their words and actions because they’re hiding a part of themselves.

“Dan” is a senior at Mercy who came out when he was 19 to his friends, but not to his mother until he was 21. Being gay in the community where he grew up was not common. He was scared of disapproval from his family and judgment from others. However, his mom was very supportive and assured him that people would still love him for who he is. Their relationship didn’t change, but now he can be more open with her. His friend’s reactions were positive as well. Most of them were encouraging and because of that, he became closer with some of them.

Professionally, he doesn’t feel like it affects his relationships with coworkers, but because he works with small children, he worries that parents will see this as an issue. Overall, he feels like Mercy is a very accepting place, with the exception of a few individuals. He had an issue where one student refused to talk to him because of his sexual orientation and constantly voiced his disapproval to others.

“Sam” is a junior who had a different story. She came out because she was in a relationship and wanted to be able to talk about it and let other people know about it. She was already happy and confident in herself, but was afraid that coming out and people’s disapproval would change that. Her friends were really supportive and their reactions were positive for the most part. Being open with her friends has improve their relationship, however, her family’s reaction was different. She comes from a conservative background, so her parents didn’t approve of her sexual orientation and it created conflict between them. Her relationship with her mom especially deteriorated. Even though she can be open with her friends and she doesn’t have to hide any further relationships, she feels like she has to censor herself around her family, which means not being able to be open when she is home.

Like Dan, she feels like Mercy is an accepting place, despite a few comments here and there. She doesn’t feel like she has to hide her sexual orientation despite being an active member in the community.

Coming out is different for everybody. Everybody’s background changes their experience and there is no way to predict how people will react. A negative reaction from a close friend or family member can really turn the experience into a negative memory instead of it being about embracing a part of who you are. As a society, the LGBT community feels that students should create an environment where people can feel comfortable in their own skin, not the other way around.

Mercy’s own LGTBQ club “Glow up” offers a safe zone for students, and are overall welcoming of anyone, regardless of their sexual orientation. Glow Up stands for “gay, lesbian of whatever you prefer” so all students are welcome. Matt Reich, a junior and Media Students major says, “Our biggest struggle is getting people to understand that you don’t need to be gay to be part of the club, we’re working towards acceptance and integrating everyone.”

Molly Simmons, sophomore and a Vet Tech major, says “The main goal is to show students the resources available to the LGTBQ community, it’s a safe place.” For students both straight or part of the LGTB community, it is a great source on campus to get educated, not only because a person might be sexually curious or is looking for a support group on campus but also because it is important to understand different perspectives, even if one can’t relate.

Toni Pellegrino, a junior and president of Glow Up says “We’re not trying to pressure anyone into coming out, but rather offer a place for students to be themselves.” Glow up also promotes health and wellness, hosting evenness promoting safe sex and making students aware of the resources available on campus. Sources and support are available to students that might need it or that want to help someone they know struggling to accept or embrace their sexuality.

Although not everyone will have to go through this, there are ways one can help. For one, judgment and discrimination can end with this generation. Having different options and/or not understanding why is okay. But when judgment is added, that’s when hate and negative feelings take over the big picture. There is no need to make someone who might be already struggling to accept themselves feel worse. Society keeps becoming more and more open minded, but there is still a long way to go. People still being harassed and judged because of who they are is unacceptable.

No one should have to hide a part of themselves, nor have to feel judged because of who they love or date or are attracted to. As long as it doesn’t harm or directly affect anyone, anyone should be able and has the right to do what makes them happy.