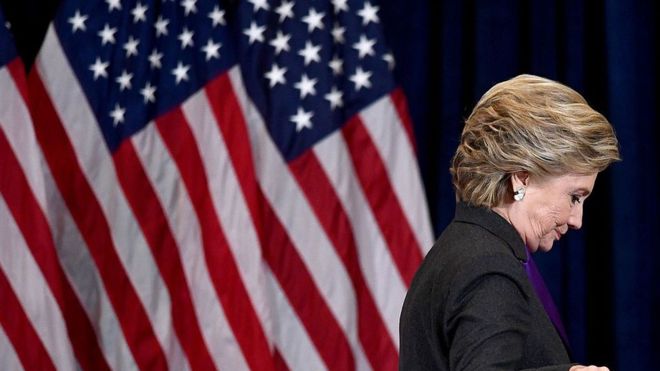 To vote or not to vote, that was the question.

On Monday, Nov. 7, just a day before America would choose their destiny for the next four years, The Impact staff held its own Mock Election in Main Hall.

To say it was surprising that The Impact staff had to nearly pull students’ teeth to convince them to step aside from their busy, fast-paced life and take two seconds to vote would be a complete lie.

“No thanks,” they would unenthusiastically respond back, if there was even a response at all.

Despite various traffic during a loaded day of classes, only 176 people took the time to vote; that number included staff and faculty. Of that total, 135 people voted in person while only 41 voted online through Twitter.

Democratic candidate, Hillary Clinton, won over Mercy College’s heart as a whole, but when split up between in-person votes vs. online votes, she didn’t secure the overall consensus. A whopping 100 students voted for Hillary Clinton in person and only a mere 5 online. Yet Donald Trump won over Twitter’s online poll with 26 votes and 18 in person, resulting in his having a 63 percent lead online with only 12 percent support in person. Green Party nominee Jill Stein tied Trump with 18 votes, and Libertarian Party candidate Gary Johnson trailed narrowly with 16.

For the most part, these statistics aren’t anything out of the ordinary because New York has not voted for a Republican candidate since Ronald Reagan in 1984. To see that Hillary won not only Mercy’s support, but also that of the states, was completely expected as she cleared Trump out of the running in New York with her 4,149,500 votes to his 2,639,994.

But how many of those votes were from youth voters? The millennials and baby boomers have more of an influence than they think. How are young people so quick to post their headstrong argument on being anti Trump or Clinton on social media, or rally in NYC and Union square post Election Day, when they didn’t vote?

This election is unique for millennials because it marked the first time predominately all the millennials in the country were old enough to vote.

According to the U.S. Census Bureau, Millennials (born between 1982 and 2000, according to Census’ definition) are the largest generation in the country. With an estimated population of 83.1 million, they now outnumber baby boomers. But, in the last election of 2012, they had the lowest voter turnout of any age group. Statistics show that young adult voters between the ages of 18 through 24 have consistently voted at lower rates than all other age groups in every presidential election since 1962. The U.S. Census Bureau voting data also shows that, on average, less than half eligible young adult voters will actually make it to the polls for a national Presidential election.

“I was going to vote after my last class, but I’m too tired to go home and vote now,” a student said exhaustingly as she passed through Victory Hall at the end of the day.

Hillary is currently ahead in the popular vote nationally by over two million votes. Absentee ballots may inflate that number even greater. It will be the fifth time that a new President will be crowned despite losing the popular vote. The most recent before Clinton was Al Gore in 2000.

Circle (The Center for Information and Research on Civic Learning and Engagement) conducts research on the civic and political engagement of young Americans. After much investigation, they stated that approximately 50 percent of eligible young people – about 24 million youth, ages 18-29 voted – in the 2016 general election. Nearly 55 percent of young people voted for Hillary Clinton, while 37 percent supported Donald Trump. The remaining eight percent of youth voted for a third-party candidate or did not cast a ballot at all for the next President. This election had the fourth-lowest turnout by young voters for a GOP nominee since 1972.

“I think it’s important now that my peers and I are able to vote, that we take this seriously and not really in a laughing matter,” says Kyle Tieman, a sophomore finance student. “And I think that’s what people are taking it as.”

Many wonder, if students and faculty were so oppressed by Clinton and Trump, then why were the Libertarian and Green Party still not taken seriously as potential candidates? This election will forever be a solemnly historical race between the two major parties, fielding nominees with astronomically unfavorable ratings, but still, the voting public has yet to gravitate to the two alternative choices.

Does voting for a third-party candidate mean one is throwing away a vote? Some Mercy students and faculty believed so.

“I think they’re ok, but I didn’t want to use my vote for them. I wanted to use it in one of the two major parties because I think it would make a better impact,” says Sharon Garrant, an Administrative Assistant to Mercy.

One student agreed saying, “I’m not considering a third-party because they’re loonies and not practical.”

But still, choosing the lesser of two evils was what it came down to.

When asked what they thought about this year’s election, Mercy College had two ways of putting it: “It’s crazy!” and “It’s a joke.”

EJ Marcus, a senior graphic design major, lets out a big laugh after voting. He says, “It’s a joke. I don’t think Trump thought he’d get as far as he did and now he’s kind of stuck riding it out.”

Other people simply had no words.

Kyle stares blankly into the distance, and then let out a sigh. “No words can describe the idiocy in this election,” he continues, “I’ve watched all the debates, and I’ve never cried while watching a presidential debate before.”

Until now at least.

“This is the first time I’ve actually been concerned about our next President,” says another Mercy student.

Well, what’s done is done. And after The Simpsons television show accurately predicted this election better than any of us were able to in the year 2000, and Trump was officially selected as the 45th President of the United States, the million-dollar question remains: Will He Actually Make America Great Again?

Perhaps his performance, either way, will drag more young voters to the polls in four years.