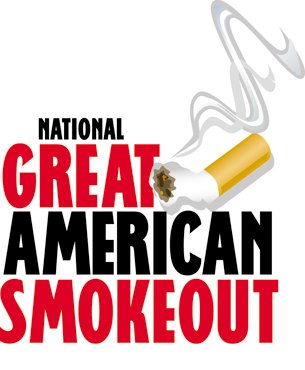 It is one of those days when everything is stressing you out and everyone is annoying you. Except for that lonely cancer stick. You just need one drag and all the mess floats away, right?

That orange red flame dances provocatively and finally kisses the tip of the stick of death. One swift inhalation fills your lungs with a black toxic sticky blanket of tar and millions of other miscellaneous ingredients. Though you know this relationship is not good for you, you keep coming back, like your first relationship. You become cloaked with an invisible aura that screams, “I just smoked a cigarette!”

But still you keep a pack in your back pocket. Just in case.

Every time someone smokes a cigarette, toxic chemicals are inhaled into your lungs, then to your blood stream, then to every organ in your body. Cigarettes contain nicotine, a highly addictive substance found naturally in tobacco. It sends a message to the brain when it is inhaled and can cause a feeling of temporary relaxation and stress relief. Nicotine can also elevate your mood and heart rate. When you repeatedly expose your brain to nicotine it becomes desensitized, craving more and more nicotine just to feel normal. When inhaled, it is more difficult for your lungs to move while coated with tar.

Mercy College students have teamed up with The American Cancer Society for the Great American Smoke Out this month and asked people to take the pledge to stop smoking and to make Mercy a smoke free environment. Students need to be reminded of the many dangers involved with tobacco use. Smoking is a preventable cause of death in our society. Telling people about second smoke and how harmful it is to your life as well as those around them. Informing the student body about the risks of cancer but also heart disease, bronchitis, emphysema and stroke, and it contributes to the severity of colds and pneumonia. For more info you can visit www.cancer.org and take the pledge online.

Various sources report that of smokers in the U.S., 358,000 have a cancer other than lung cancer from smoking cigarettes. There are over 4,000 chemicals in tobacco smoke. Nearly 70 of those chemicals are known to cause cancer. Those same chemicals make some products you may be familiar with – lighter fluid, candle wax, batteries, industrial solvent, insecticide, toilet cleaner, sewer gas, arsenic or poison, rocket fuel and paint. The tar in cigarette smoke contains carcinogens, which encourage the development of cancer cells in the body. Eventually, you can get a lung disease called chronic obstructive pulmonary disease.

Ask yourself, do my lungs really need all that?

“Everyday, tobacco related disease kills about 553 women in the U.S, says the Center for Disease Control.

You might be saying, well, I don’t smoke cigarettes;  I’m more of a hookah person. But did you know hookah smoke is just as toxic as cigarette smoke? Hookah smoke exposes you to poisons that are known to cause cancer, heart disease and lung disease. Hookah actually contains 36 percent more tar than a cigarette. Hookahs work by heating up a cola to create smoke with no filter – the tar from the cola cakes onto your lungs like frosting. Not to mention the mouth diseases one can contact from hookah if the hookah is not disinfected by usage.

Some might say I only use e-cigarettes and those are healthy and help you quit smoking, but think again! In your mind, you believe e-cigarettes help you quit real cigarettes. However there has been no documented evidence of this. The vapor contains acetone and xylene, same ingredients as nail polish remover and paint thinner. Do you really need to breathe that? The cartridge contains nitrosamines, known carcinogens that causes cancer. Formaldehyde used for embalming dead bodies and highly toxic to all animals including humans, is also known to cause cancer.

Smokers often forget about how they affect others. Second hand smoke comes from the burning end of a cigarette, cigar, or pipe, as well as the smoke exhaled by smokers. This type of smoke clogs arteries, forcing platelets to create blockages or blood clots. This also impairs the body’s healing process. This increased bad cholesterol through daily intake. It can worsen asthma and other breathing problems. It can also increase the risk of stroke and early death. It has been known to increase heart disease and reduce lung capacity. There is no safe level of exposure to secondhand smoke at any age. It causes immediate harm to smokers and non- smokers. Smoking can cause early damage to everyone around them, including friends and family.

New to the discussion is third hand smoke, which is residual nicotine and other chemicals left on a variety of indoor surfaces by tobacco smoke. This residue can be the most deadly because it can react with common indoor pollutants to create a toxic mix.

So next time you decide to flirt with death and the cancer stick that takes you there, remember you’re not just harming yourself, you’re also impacting the world, the environment, your friends, family, and strangers.