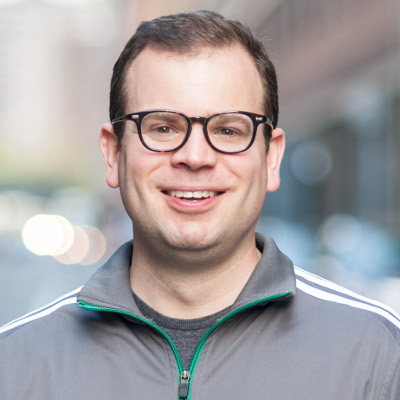 To deliver at this high level of competition would seemingly take a large degree of confidence. Or so one would think.

Adam Wade, a twenty time winner of the competition, visited Mercy College to discuss his love for the profession, and discuss how he gathered the support that allowed him to gain the courage he initially didn’t think he had for the craft.

Wade admitted he had never been the most popular kid in his school. He told a story where he stated that his group of friends was small, consisting of a friend nicknamed “Fetus.”

“Not everybody thought I was the greatest kid,” joked Wade.

This was a complete contrast to what his family thought of him. Wade remembers his story telling skills developing due to the adventures he would have with his family. He chuckles when remembering eating with his grandmother and great aunt at the restaurant, The Clam King. He depicted the imagery of a very loving family who liked to cause a little trouble. While one moment  they would have great discussions in regard to his snazzy new haircuts, in the next they would make stealing salt and pepper shakers a group activity. His role was to keep watch.

“I had swagger when I was with my grandmother,” said Wade.

This story, however, took a turn when his grandmother and aunt wanted to go see a plane take off, and Wade finally agreed to take them. Wade knew that this would be more than just a fun outing with his family. All of his high school peers would be there as well. They watched the plane take off, but soon other cars began to fill the lot. Wade remembers a guy named “SD” pulling up and asking, “Whoa, Adam, you’re here?! Who are you with?”

This led to teasing from many of the people in the parking lot, lowering his confidence. His grandmother and great aunt established his confidence with compliments and care, though, stopping him from feeling humiliated.

“I’d give anything to take them to the airport one more Saturday night,” Wade said, reminiscing on the time he spent with the two women in his family, now passed.

This kind of support from his family made it difficult when he decided to leave New Hampshire for New York to pursuit story telling. Wade’s mother and father disapproved because of how much they’d miss him, his father saying, “you won’t have your mother’s chicken parmesan in New York,” in an attempt to get him to stay.

He went anyway, with the previously instilled confidence his family had given him over many years of support. While he did some work for NBC and ESPN, he did many more open mic nights, which were much more competitive than those he was accustomed to back home in New Hampshire.

Completely on his own, he established a name for himself in the storytelling circuit. He never did feel lonely, however.

“I’ve actually found a sense of family through storytelling. When Hurricane Sandy occurred, some of the first texts I got from people seeing if I was safe were from the storytelling community,” said Wade.

The Moth’s mission is to “promote the art and craft of storytelling and to honor and celebrate the diversity and commonality of human experience,” says their website. The group travels to 25 different cities and produces 500 live shows annually. The group was founded in 1997 and now hosts a weekly podcast which is downloaded 30 million times a year, and a radio channel which won a Peabody award in 2010.

Wade gained further confidence and decided to begin teaching the art of storytelling. One of the skills he teaches his students is the importance of adaption over time, stating that a story probably shouldn’t be told the exact same way for ten years straight.

“You’re evolving as a person, so your stories should evolve too,” said Wade.

The meeting held in the Rotunda consisted of Wade telling stories of his own, with Wade even standing up to start speaking, establishing a stage presence that stems from experience. The majority of the time, however, was Wade doing much of what he does in his classes – passing a gift. He had everyone in the room tell a story about a song that they could pinpoint down to a moment from their childhood. This was an exciting experience for all participants, allowing themselves to be open in a way they may not have expected when they entered the room that day.

Some may believe that story telling can only be done by those who have done something amazing, like climbing Mt. Everest, however, it seems that, in Wade’s experience, the smaller stories gain more recognition. Humans relate to humans, not God-like feats. It is for this reason that Wade finds himself relating to others well.

“I knew I wanted to do this when someone remembered the name of my cat Peaches from a story. That’s when I knew they were really listening,” said Wade, discussing a simple story that got him started.

Wade’s early influences got him further along in the storytelling world than he had ever anticipated. The support of his family gave him confidence. Confidence resulted in skill, and this skill allowed him to relate to people in such a way that he wanted to pass down the ability to any who would listen. It is the influence of a support system that resulted in his success.

“The attention my family gave me growing up is why I’m here.”