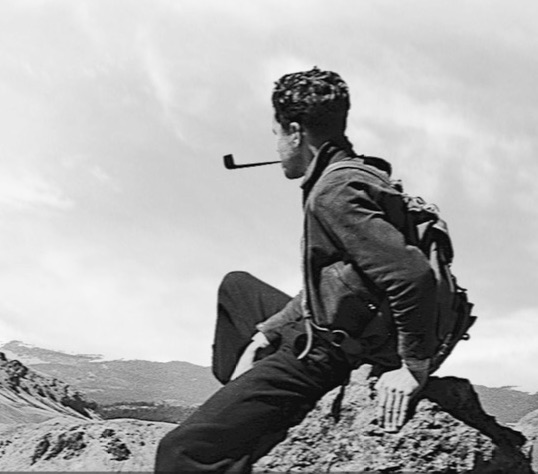 Arnold-Levene was interested in indigenism in Latin America, which helped lead her to propose the opening night film to the Film Festival Committee, Even the Rain. The film deals with the Water Wars, the local people rise up against plans to privatize the water supply that took place in Bolivia in the early 2000s. The movie was a hit with all of the committee members. It is also a film that was received with enthusiasm in many literature and culture courses throughout many colleges and universities.

The film selections this year are largely found in Spanish, French and English languages, but one will also hear indigenous languages such as Quechua, which is spoken in Bolivia and throughout the Andes, and Pitjantjatjara, which is spoken in the deserts of central Australia. Also, one will hear Persian, German, Hebrew and Arabic.

The Festival runs from April 4 through April 7. Each screening begins at 6:30 p.m. in the Lecture Hall with an introduction by a specialist in the field who will also lead a discussion session following the film along with refreshments.

This year, the committee of the International Film Festival decided to include a film from the United States. They believe it’s important that people see themselves as part of an international community and think intently about the “us vs. them” mentality so often adopted by some Americans.

Since the U.S. is a country of immigrants, English is the primary language but not the official language.

In Arranged, a film by Brooklyn-based directors, it centers on the friendship between an Orthodox Jewish woman and a Muslim woman who meet as first-year teachers at a public school in Brooklyn. Over the course of the year they learn that they share a lot in common – not slightest of which is that they are both going through the process of arranged marriages. One will hear Hebrew, Arabic and Spanish—all languages that are as “American” as English.

Arranged has won a total of six awards. Starting with the Brooklyn International Film Festival in 2007 the film won Best Feature Film, Best Feature, and Best Film. Again in 2008 at the Skip City International D-Cinema Festival, Arranged won the Grand Prize award. The last award the film won was at the Washington Jewish Film Festival in 2007, it won the Audience Award for Feature Film.

The first, Even the Rain, which was rated a 7.5 out of 10 on IMDb, will be introduced by Dr. Celia Reissig-Vasile, an established professor of English and Spanish here at Mercy College. The second film of the night, Persepolis, was rated 8.1 out of 10 on IMDb, and is written and directed by Iranian-born French graphic novelist Marjane Satrapi, which is about a precocious and outspoken Iranian girl who grows up during the Islamic Revolution. The film will be introduced by two faculty members in the School of Liberal Arts, MaCleod and Dacey.

On the third evening, the executive producer of Arranged, Yuta Silverman, will be in attendance. Anyone who attends will have the opportunity to participate in a question and answer session with Silverman.

The final movie, Tracks, an Australian film which was rated 7.2 out of 10 on IMDb. The film is based on a true story of a woman who walked solo with four camels and her faithful dog across the Australian deserts for 1,700 miles. The International Film Festival Committee will welcome film specialist Dr. Ellen Kreger on that night to discuss the film.

Admission is free and all are welcome. Everyone is welcome to bring friends or come alone to meet new people. The committee asks everyone to introduce themselves to them.

The festival looks to draw a large crowd from the local community, so aside from viewing incredible films on the big screen, students will have the opportunity to meet people with shared interests and network. If anyone misses any of the films and wants to catch them, they are available through Amazon video.

Passport books are available for students who are interested in attending all of the films. Those who get “stamped” at each event will be entered into a drawing to win an Amazon gift card.

There are also opportunities to get involved, and students should feel free to contact the head of the committee, Elise Arnold-Levene at [email protected]