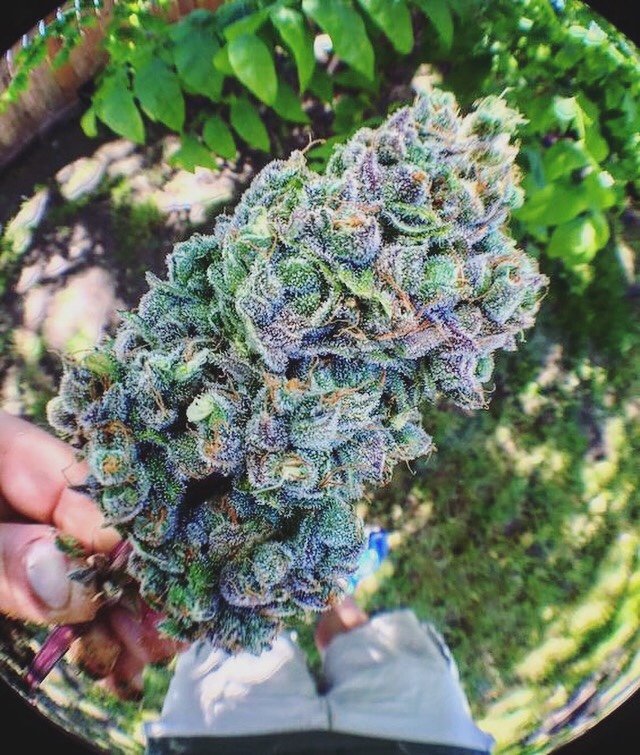 The ganja – always a flaming hot issue which is due to increase as the number of Americans who want legal marijuana continues to increase.

A Gallup poll released in mid-October showed that support for making marijuana legal in the United States reached 60 percent. To the contrary, in 1969 when Gallup asked the same question, support for legalization was a meek 12 percent.

Americans have gradually increased support since the 1970s when it was 28 percent, but slightly fluctuated due to the anti-drug movement and “War on Drugs” in the 1980s. In the 1990s, it remained near stagnant at 25 percent and rose to 31 percent at the turn of the century and beginning of the 2000s. After the first few states introduced legal recreational marijuana, Washington and Colorado, in 2013, a majority of Americans because the view the issue differently after tolerance of the drug has laxed and studies have shown there are multiple medical advantages.

Support for legalization is still higher among the younger subgroup, ages 18 to 34 at a high of 77 percent, whereas people 55 or older stand at 45 percent.

Generally, Americans think habitual drug use should be considered an addiction rather than a criminal offense, something Republicans, Democrats and Independents can all agree on.

Five years ago, recreational marijuana wasn’t even a glimpse in even the biggest pot smoker’s eye. Since then it has been legalized in eight states and Washington D.C. and legalized for medical use in 29 states. Legalized marijuana continues to be given the green light by voters and activists.

In 2016, sales of legal marijuana grew to $6.6 billion according to New Frontier, a research firm, which consists of $1.9 billion derived from recreational sales and $4.7 billion from medical transactions.

For example, Denver suburb Edgewater, has been drawing in business to six pot shops in town, from outer cities that have opted to not allow marijuana sales. The town is generating $1.4 million in sales tax revenue which will facilitate the construction of a new complex which includes a new library and a police station.

There are still fallacies in the course of legalization in that make it difficult for users to obtain and use the drug, as well as for the sellers.

Employers still hold drug testing to their discretion and implement them in states where marijuana is actually legal.

Why the harshness directed toward after work smoking when there is after hour drinking and happy hours? Well, marijuana is still illegal under federal law, which constitutes it as a federal crime.

Smoking in public is mostly prohibited, limiting consumers to smoke in the privacy of their own home or elsewhere that is deemed appropriate, and legal.

Many banks remain wary of weed, skeptical of the issue of legality from a national standpoint, dispensaries and weed businesses are forced to mainly deal in cash.

In some states, the black market for weed is still thriving. Tax-free buds prove to be cheaper and more enticing for those that don’t want to get a medical card or save a few dollars where they can.

Mary, a Mercy College student, grew up in rural California town “home to much of the “counter-culture of the ’60s and ’70s, and much of that artist community” has contributed to the quaint, winding roads and rolling hills that is part of “the largest marijuana-producing region in the U.S.”

“Recently, when the bill passed that made marijuana legal in California, a family member of mine quit a well-paying construction management office job to pursue a career in the soon-to-be booming legal weed industry, and asked me for some marketing help.”

Mary always felt bashful, and was always hesitant to talk about her community and family involvement in this industry.

“I think it was only then, when it became legal in the eyes of the State of California, and I was able to tie back the questions he was asking about branding a dispensary to my formal college education that it clicked for me that this is a legitimate career and business.”

A big stepping stone was when legitimate science began to publish research on the true health benefits that cannabis could offer, which gained traction among the public. That’s when people who weren’t already in the loop became more accepting.

“I think that legalizing marijuana on a national level would be extremely beneficial. It is ridiculous that it is still classified as a Schedule 1 drug by the FDA, next to heroin. There has never once been a recorded death from someone overdosing solely on marijuana, yet hundreds of thousands of people die from heroin overdoses each year. This classification has held back lots of potential advancement on studying this plant. Legalize it!”

The Trump administration has not categorized marijuana as a top ten issue for reform, but aides have made mention of it from time to time.

The Jeff Sessions-led Justice Department has alluded to cracking down on legal state marijuana businesses, but has not hinted at specific details for a war against this lucrative industry. The AG has appointed a task force to review “existing policies” and to “ensure consistency” with the anti-drug policy under the Trump administration. Many businesses think it will prevail, and are utilizing a “wait and see” approach.

Legalization of marijuana can be financially advantageous through tax revenue and jobs and income, as seen from the Colorado example.

In 2015, legal weed created 18,005 full time jobs and added about $2.4 billion to the state’s economy. The Colorado Legislative Council Staff has established the “Distribution of Marijuana Tax Revenue” which states that tax revenue collected from the sale of marijuana is deposited into two funds; the Building Excellent Schools Today (BEST) fund and the Marijuana Tax Cash Fund (MTCF). 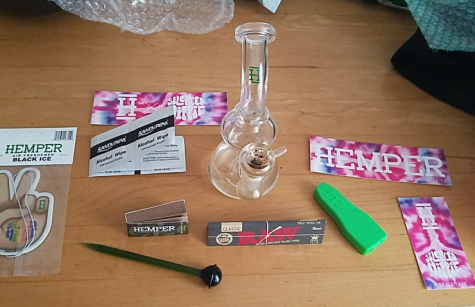 Mercy student Theo, a senior, is a member of this service.

“I signed up because they offered a variety of really unique marijuana related items. For $30 you usually get between 8-10 items, and one guaranteed one glass piece.”

Many people are looking to cash in on the marijuana boom, and cannabis start ups have started diversifying the market.  There is no telling how much it will change over the next five, even ten years. New Frontier also projects that by 2025, the total market sales will exceed $24 billion.