Sex And Virginity In America 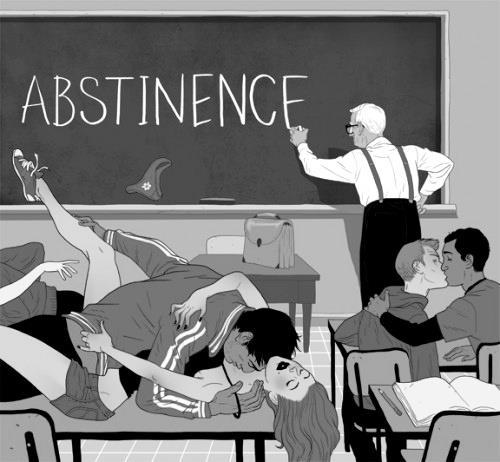 When referring to the word “virgin,” most think about the bible, religion, “purity,” but especially, women. The Oxford dictionary defines virgin as “a person who has never had sex,” but the definition varies depending on where one decides to look, not to mention that everyone has a different definition of what sex is.

The concept of virginity and the sexual myths the come with it have been around for thousands of years and have shaped society as we know it. Although the importance of the concept, it’s definition and the repercussions linked to it have changed drastically over the years, it is still very present in our society, specially for those with a conservative and religious background.

Virginity and the obsession with “purity” is nothing new, often attributed to mariology, the Roman Catholic worship of the Virgin Mary (the mother of Jesus), it dates back thousands of years back. Mary was upheld as the “New Eve,” raising the status of a woman’s purity. Chivalry for example began to defend the honor of a women who was and maintained her virgin status.

Although both men and women are encouraged to remain celibate until marriage, virginity has had more relevance and importance for women. For men, losing their virginity is usually a moment to be proud about, meanwhile impressionable girls are conditioned to believe their self worth and morals are attached to their sexuality. A woman is to save herself for marriage and gift her body to her husband. Sex is presented as something dirty and ungodly, not only teaching girls to feel ashamed and like they’ve lost something when they do have sex, but also to subconsciously feel bad when they do (and dare to enjoy it).

Traditionally, losing one’s virginity refers to vaginal intercourse between a man and a woman. This means those who do not engage in heterosexual sex have a very vague definition of what their virginity is, but also, others take this as an opportunity to engage in other sexual acts while still being able to remain “pure and untouched.”

Impressionable teenagers get a vague definition of virginity that corresponds to their sexuality or allow other sexual acts to be interpreted as not really sex, not only leaving them uneducated but also at risk for sexually transmitted diseases and unwanted pregnancies.

In America, only 24 states and the District of Columbia require public schools teach sex education (21 of which mandate sex education and HIV education) and “35 states and the District of Columbia allow parents to opt-out on behalf of their children.” Although parents have authority over their children and are free to chose what they feel is best for them, society can’t deny that comprehensive sexual education doesn’t promote promiscuity but informs and promotes safe sex for those who chose to have it, adolescents who don’t receive sexual education are not only misinformed but at risk if they do decide to have sex.

Abstinence only sex education often promotes shame and guilt over one’s body and needs, often having a misinforming and “scare” tactic which was proven time and time again to be ineffective. States with abstinence only sexual education have the highest rates of teen pregnancy. The Washington Post reported in 2008 that “teenagers who received comprehensive sex education were 60% less likely to get pregnant than someone who received abstinence-only education” 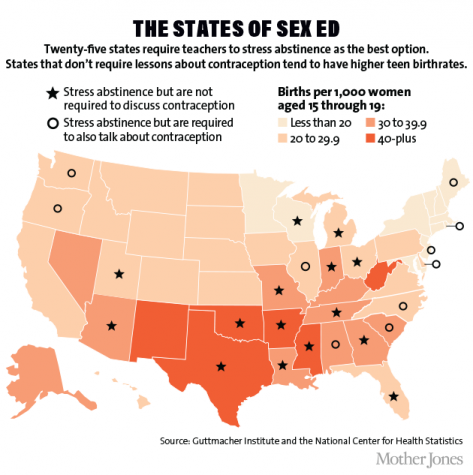 Adolescents need to learn about consent, contraception, sexually transmitted diseases, reproductive organ’s health, unwanted pregnancies and most importantly, their own bodies. Someone who is going through puberty and experiencing new needs and impulses, should be educated to make responsible and safe decisions.

The average age loss virginity loss in the Unites States is 17, meaning many teenagers start having sex without having received proper sexual education and having little to no knowledge about safe sex. On top of insufficient sexual educations in some schools/states, because teenagers are conditioned to feel shame and guilt when sex is mentioned, they tend to rescue to their equally misinformed peers rather than their parents or a professional for advice and assistance. By the time most people have sex for the first time, they are widely uninformed which of course puts them in danger.

Although sex and virginity are looked at differently when compared to the last century, it still remains a taboo subject. Natural instinct and needs have been thought and continued to be ignored and suppressed, which has resulted in a long history of unwanted pregnancies (including teen pregnancy), sexually transmitted diseases and an almost non existent talk about consent which has resulted in rape culture.

Unless teenagers receive a more realistic explanation and education, the same sexist misinformation will carry on to future generations. More teenagers will grow up thinking sex is shameful and dirty, girls will continue to believe that when they have sex for the first time (specially before marriage) they have “lost” something and have been “used”.

Understanding one’s body is essential to be safe and healthy.