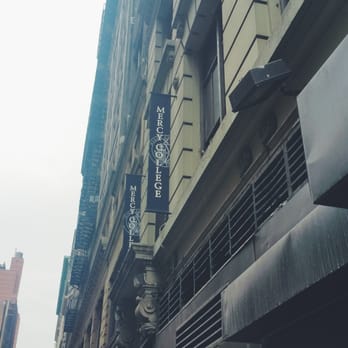 A threat against the Manhattan campus on Oct. 4 shut the campus down for the evening. No threat was found after a police search.

Police state they have a suspect in regard to the bomb threat that evacuated the Manhattan campus on Oct. 4.

The suspect is described as a black female about 20-25 years of age. The suspect is 5’6 ft, weighing about 160 pounds, and was wearing a white T-shirt, black leggings and a baseball cap. Police claim the suspect is not a Mercy student, and no arrests have been made at this time. The investigation is still ongoing.

The Mercy College Manhattan Campus, located at 66 W. 35th St., experienced two bomb threats at approximately 4:45 p.m. According to police, the threat came in the form of a note.

Students were notified by Mercy College via email and Twitter and advised to evacuate the building immediately and calmly. They were informed by security and school officials to cross the street and back away from the building. No one was injured in the evacuation, yet many expressed to a staff member of The Impact that they were in a panic, unsure of what was happening as the events unfolded.

Ji Zhang, an MBA candidate, was in the library during the evacuation and remembered the events of that day clearly. It was 5 p.m. and she was working on a paper in the library.

“I heard someone coming in and tell the student next to me something. She looked confused. I looked at her and asked ‘what’s going on?’ and she didn’t know what was happening.”

She said Mercy Security did not explain the situation and moved everyone out of the building quickly.

“Get your stuff and don’t use your phone just leave the library. Now, now,” said the guard.

Zhing knew that something serious had happened.

“I felt it was much more serious than a drill.”

When asked by The Impact, the security office did not comment on the situation.

Residents from nearby apartment buildings reportedly evacuated as well after witnessing the Mercy students leave the campus building. Some joined the students across the street and inquired about the incident.

Police stated that the NYPD received a call from the school around 5 p.m. in regard to the note left on campus. According to 4 New York, the letter stated that bombs would be set off between 6:30 p.m. and 7 p.m. 4 New York’s article also claims the note stated that the bombs were being set off as a punishment for alleged negative treatment of minority students, but this information has yet to be confirmed by official sources.

Two police officers arrived to investigate the situation at the Manhattan campus. West 35th Street was not blocked off by police activity, but authorities were stationed at the lobby in order to prevent students from entering the building. They concluded before 7 p.m. that it was a false alarm.

The Manhattan campus offers 22 classrooms, plus additional facilities including a student lounge, library and learning center.

Twenty minutes after the evacuation, Mercy students received an email informing them that the Manhattan campus was experiencing an emergency evacuation.

The email read, “Mercy College officials are aware of an ongoing situation at the College’s Manhattan Campus. For those of you at our Manhattan Campus, we ask that you gather your belongings and leave the building quickly and calmly. Please refrain from using your cell phones until you are out of the building.  We are continuing to monitor the situation and will keep you updated.”

Students at the Manhattan campus were then informed that all classes for the remainder of the day would be canceled, and the building shut down.

Later in the evening at 9 p.m., an updated email was sent to students; it read “This afternoon, Mercy College officials became aware of a threat made against the College’s Manhattan Campus and safely evacuated the building. Appropriate authorities evaluated the situation and approved the reopening of the campus for normal use.  The Manhattan Campus will resume operations tomorrow, Thursday, October 5, 2017. Thank you for your patience and understanding.”

Not everyone was happy with how the campus handled the threat. Daviene Escourse, a psychology major, was in the area that day and was not thrilled with how the situation was handled. She works nearby and visited the school too because of an upcoming class. By the time Escourse got there, the building was already evacuated and students were across the street away from the building.

She didn’t remember seeing police on site, and she had hoped class would have been canceled earlier and worried about where students were.

” If it was actually a bomb, you shouldn’t have them standing so close to the building.”

Even after a week had passed, Escourse still had plenty of things to say about the way the scare.

“I honestly thought it was a hoax. Someone just trying to get out of class or helping a friend out of class.”

Mercy College has four campuses including its main campus in Dobbs Ferry, as well as campuses in Manhattan, Yorktown Heights and the Bronx. The college consists of about 10,000 undergraduate and graduate students throughout the four campuses.