Someone you know may be silently suffering 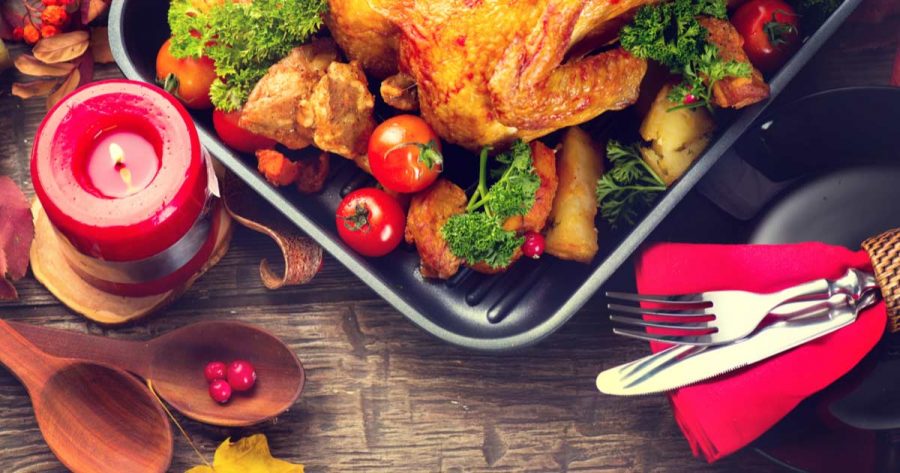 The savory smell of roasted turkey, the sweet candied yams, the aroma amplifies many natural cravings one may have. For some, this is the hardest time of the year. If only it were that easy to simply have a meal during the holiday season alongside loved ones.

These victims are ones suffering from a type of eating disorder. These disorders can affect victims of all ages and sexes. College-aged students are the most affected group.

The most common types of eating disorders are anorexia nervosa, bulimia nervosa, and binge-eating disorder.
Although these disorders can lead victims to life-threatening results, they are all treatable under proper care and medication.

Anorexia Nervosa involves an intense fear of gaining weight, even though sufferers are seemingly underweight. These victims tend to restrict eating habits as a whole.

Bulimia Nervosa is usually recognized by a period of overeating followed by purging. Such acts of purging may include excessive exercising, vomiting and the use of laxatives. Also, some people diagnosed with bulimia can be overweight and use purging as an act to prevent additional weight gain.

Binge-eating disorder is the most prevalent and involves overeating but differs from Bulimia in the way that these victims do not purge. Many eat large quantities of food in a short period of time and soon feel overwhelming emotions of shame and guilt because of their loss of control during the episodes.

Mercy College Mental Health Counselor Alyssa Prete says she does see cases of eating disorders and students in recovery from eating disorders but not as frequently as she’s seen in other places of her employment.

“Eating disorders are extremely difficult to treat and require a treatment team of professionals (therapists, psychiatrists, primary care and/or specialty physicians, nutritionists, coaches if the student is an athlete) because this disorder can actually kill its victims,” said Prete.

There are many medical complications that can arise from eating disorders and the mindset of someone who has one is extremely difficult to turn around. But there are warning signs that concerned outsiders can recognize in potential victims.

Assistant Professor of the Mental Health Counseling Program, Carolyn Cullen, stated “try to notice if they aren’t eating much or losing a lot of weight. Also, their talking negatively about their body image is something to strongly pay attention to.”

There are events that can occur that ignite the actions of one with an eating disorder. The emotional aspects of one’s life can be connected to how they see themselves. It pushes every responsibility aside and become the focus.

When people are in a college setting, adapting to a new social scene may be part of it.

“When a roommate eats a certain way, one might follow, which creates an overall contagion effect,” said Cullen.

Cullen,  a therapist for 20-plus years, believes there are many simple ways to avoid making ones with eating disorders uncomfortable. Friends can assist by encouraging them to engage in healthier eating habits, not minimize their disorder and take it seriously, and convince them that this is something that can’t disappear on its own and needs serious professional help.

It is also helpful to suggest family therapy, since relatives may unknowingly contribute to these victims’ insecurities.

These disorders are curable through medication, but there are instances where victims do relapse after constant treatment throughout their lifespan. Victims usually get better as they grow older, which results in remission, but condition can get exacerbated after life-changing events.

If they were diagnosed in their teens, it is possible but not common to have a relapse in an active era such as their thirties.

“There can be stressful life events, such as their children leaving home, that can reignite the disorder,” said Cullen.

When undergoing therapy, victims become familiar with stress management and understanding their triggers to close this chapter of their lives.

Remember, the next time you are at a family gathering, don’t say, “Why don’t you eat what’s on your plate?” or “Are you going to finish that?”

Find a way to get them help and ensure they are properly diagnosed. Most victims don’t get diagnosed until the three-month mark, so understand not all cases are the same.

If anyone is concerned about a friend or family member, they can contact the counseling center, the health office, or various organizations specializing in the treatment of eating disorders such as https://www.nationaleatingdisorders.org/. Monte Nido, nearby in Irvington, is a treatment center, along with the Renfrew Center for eating disorders that have locations in New York City and Ridgewood, New Jersey.