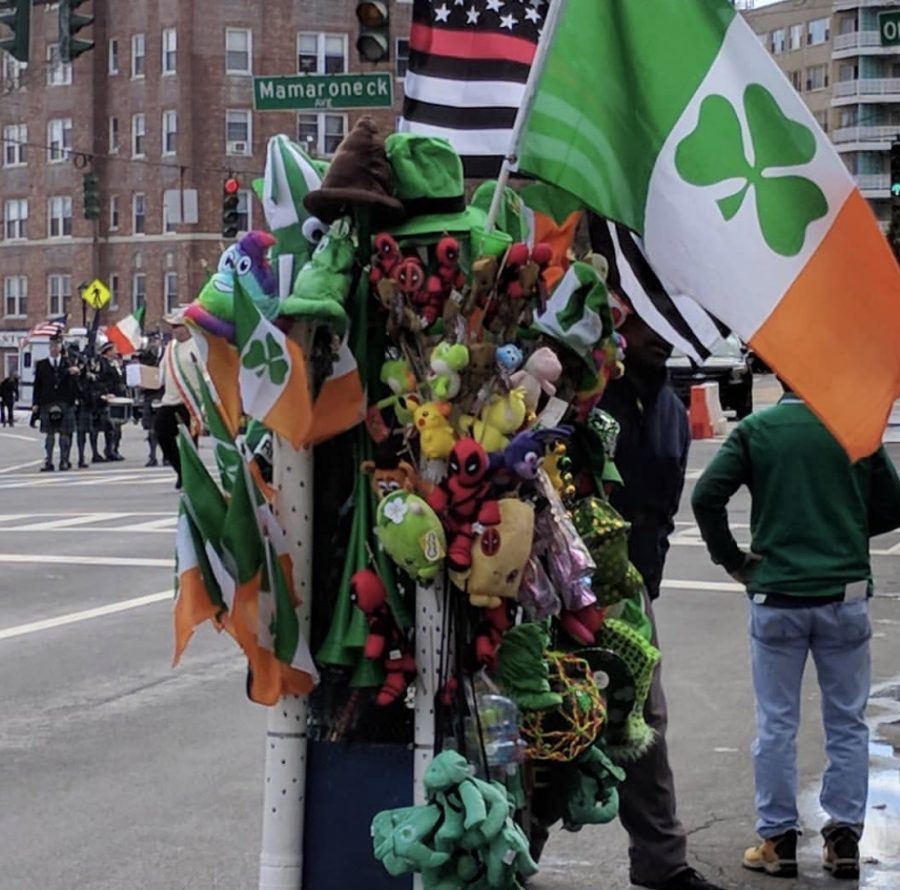 March is here which means every American is looking forward to celebrating St. Patrick’s Day. For many, it is an excuse to party like the Irish for a day but the real reason St. Patrick’s existing is because it’s an established holiday to celebrate Patron Saint of Ireland. It is a reminder of the celebrants about what the holiday stands for and how it has become twisted on how it should be celebrated since Americans see it as just going dressed green and drinking green beer.

In Ireland, it is not close to what the United States represents the holiday. It is about the Christians celebrating a holy holiday and joining the celebration with their family at church. The patron converted Ireland to Christianity in the AD 400s. The holiday came to the United States due to Ireland immigrants coming to North America particularly. The first annual St. Patrick’s Day event was held in 1737 in Boston, Massachusetts.

Now there are parades celebrated in many different countries involving marches, shows, concerts, fun fairs, and overall the joining of friends at bars throughout the whole day. It has become a media attraction for everyone that has made great impact for food and beverage industries due to it being a holiday people decide to go all out for it. From shopping for what they should wear that day to the food and spirits bought at the food stands and bars.

Saturday, March 10th it was celebrated in White Plains  as the 21st annual St. Patrick’s Day parade throughout the downtown streets in the city. Though the weather was not the best it did not stop family and friends to gather with others and watch the parade and enjoy the festivities of the Irish culture. 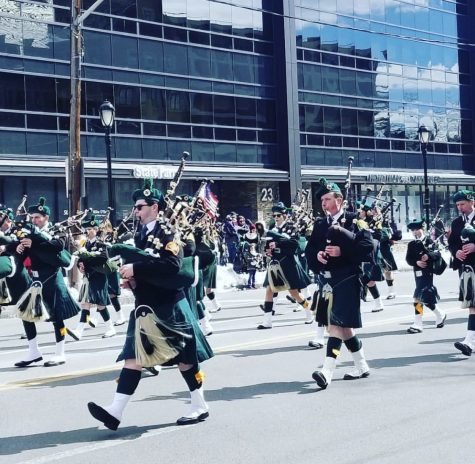 Those who did not get the chance to dress up for the holiday there were stands around the streets with hats, flags, and other things that shows the Irish spirit as the parade continued. Many of the organizations were locals and this year there were more organizations added to the line-up for the parade. 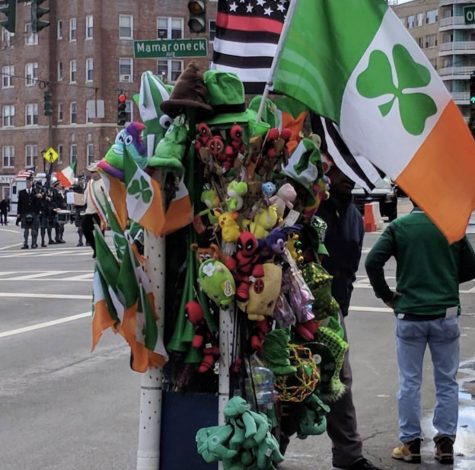 The parade was the beginning of the fun for everyone. As the parade came to the end people started to bar crawl all of Mamaroneck Avenue dressed in green for the most part showing their spirit.

Hudson Grille and Lilly’s were the main bars as the closed the patio around for people to socialize with their restaurants. A variety of different groups of people were there to have a good time from families to college students. 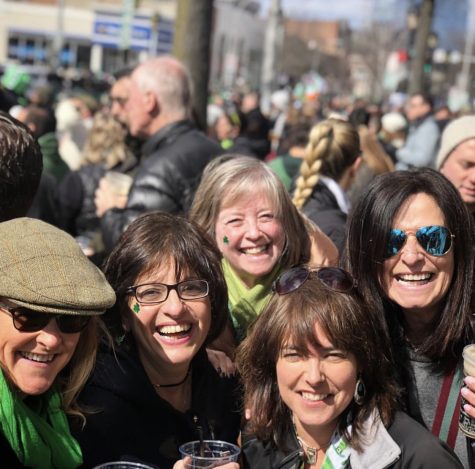 “We like to come and enjoy the Irish traditions.”

Danielle was joined by her family and wearing green hats cheering and dancing with her daughter on the dance floor.

DJs were putting a variety of Irish music throughout the day and the bars were packed to the point of there being no space to dance. Bartenders in full mode as they try to serve the people their drinks fast enough. Police officers were very attentive in making sure the holiday was safe for everyone to enjoy the celebration with a fun time.

If you were around downtown White Plains, it was impossible to get by and perhaps many residents avoided certain locations to not get involved in the chaos. 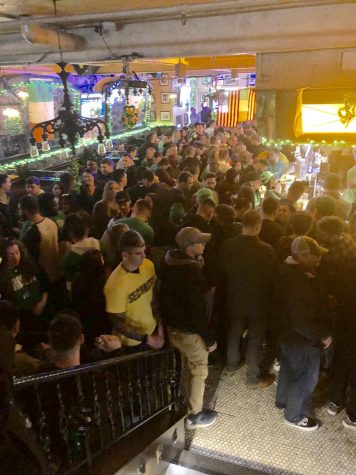 “We’ve been here all day and drinking”

Hallie a college student who came to the city with her group of friends to drink the day away. Most of the people have been there since the parade began and some pregame as the parade was coming to an end to start the bar celebration.

Many of the people who took part in the parade such as the musicians continued at the bars and played their music and everyone was cheering on to the excitement of the crowd. As the day continued it was the beginning of the night for others who started the St. Patrick’s celebration later on. The bar crawl happened throughout the whole day with DJs switching beats from Irish music to Pop and other dance music as the night kept on getting crazier.

Those who did not get the chance to watch the parade and different organizations representing the Irish culture will have to wait till next year!