Digital Mining has made fortunes, and may be on the verge of collapse 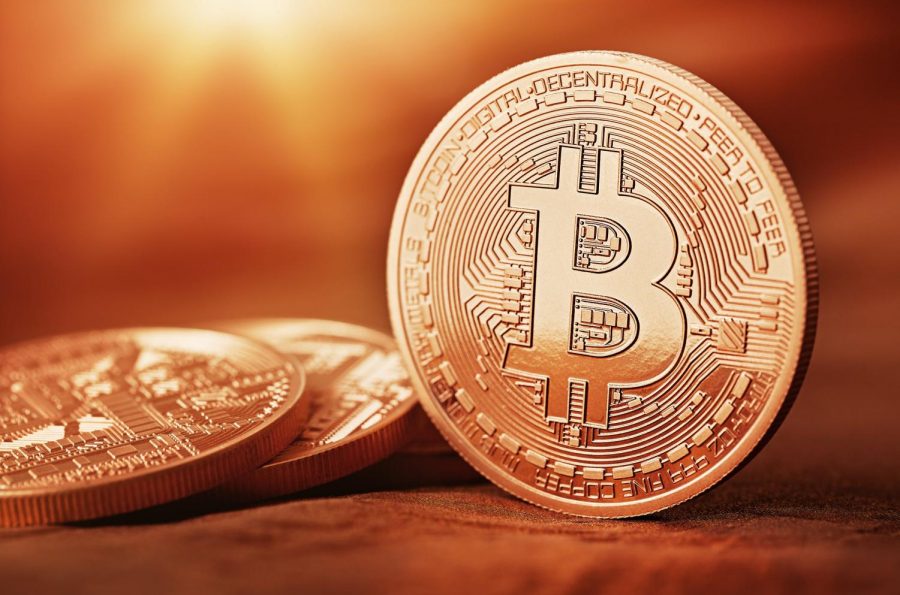 A single piece of code now has the capacity to tank the entire financial market.

Granted, this is not the first time this has happened and it certainly won’t be the last. Financial markets have a tendency to create bubbles, a financial term that involves the value of something increasing dramatically before they pop. Or the people involved in these exchanges do something most consider unwise and drag the world down with them.

Crashes are common throughout history. Subprime mortgages crashed the market in 2008 back when the housing bubble popped and tulips, yes the flower, crashed it in 1637. Now, according to Clayton Banks, an accounting major at the Dobbs Ferry Campus at Mercy College, we face a similar threat in the form of Bitcoin.

“I found out about it at the beginning of my freshman year. I’ve had time to experiment with it,” said Clayton when asked about his experience with bitcoin.

Bitcoin is a piece of code created with a special type of tech called “blockchain” that people try to use as an alternative to regular currency. It is one of many “cryptocurrencies” that have been created with this technology. Cryptos lack of regulation and its decentralized nature makes it appealing to both people who are skeptical of the current market as well as users of the dark web and the North Korea regime.

However, while it seems possible for cryptocurrencies to become a permanent alternative to regular currencies, it is an important factor in that statement, because according to Clayton, that will never happen.

“It wants to be an alternative to banking, but it never will. It takes two days to perform an exchange,” said Clayton when asked what the ultimate end goal of Bitcoin and other crypto-currencies was.

According to Clayton, the value of cryptocurrency is completely speculative, no fundamental aspect to the currency. Fundamental, in financial terms, means the security that comes from the investment. U.S currency and government bonds are considered fundamental since they are backed by the fact that the government exists and is functioning. Crypto does not have that safety net, meaning the price is determined by what people think it should be.

There are currently over a hundred cryptocurrencies in use with the number rising as more and more people continue to use the tech. That’s right, anyone can create a cryptocurrency.

It was after this fact came to light that Clayton pulled out his chart, drawn on a piece of paper with only a few crude drawings on it.

It was these drawings that revealed how crypto was heading to the same fate as the subprime mortgage market.

“There are people who don’t just invest in one type of crypto like Bitcoin. They will invest in several other types of crypto, wait for them to accumulate value, then dump those earnings into creating a new cryptocurrency. This is the same tactic used in “The Big Short” by the banks,” proclaimed Clayton as he explained his charts findings.

The entire plot of “The Big Short” stemmed from banks taking mortgages that were high risk, packing them together, and reselling them as CDOs. Those CDOs eventually collapsed, leading the housing market bubble to pop. Cryptocurrency is mirroring this exact system by taking a bunch of cryptocurrencies of varying size and creating a new currency from the combined wealth from the prior currencies. It’s a dangerous practice that has become welcomed in the crypto world.

This fact encompasses the entire mindset of the cryptocurrency community, an unregulated wasteland that any Wall Street exec would love.

A lack of regulation has led to every unorthodox investment tactic in the book becoming commonplace.

“Two owners of cryptocurrencies would just trade the same pieces of currency back and forth between each other just to artificially inflate the value. You couldn’t legally do that in the stock market,” said Clayton.

The same underhanded schemes that have been banned in the stock market and investing are commonplace in cryptocurrencies. It has also allowed for Ponzi schemes like “Bitconnect” to come into play within the cryptocurrency system.

“Bitconnect” was a Ponzi scheme that involved tricking a large number of people into buying and trading with a specific type of crypto-currency called “Bitconnect”. The scheme was discovered by state authorities in both Texas and North Carolina.

With all of this unregulated danger, it is a wonder anyone partakes in cryptocurrency at all.

“People use the same mentality as gambling when they invest in cryptocurrency,” stated Clayton when asked how people handled cryptocurrency.

However, despite all the dangers of cryptocurrency, it seems that the residents at Mercy College have nothing to fear from this game of high stakes gambling since few have bothered to play.

“I don’t know many people here who invested in crypto. We had a Bitcoin club that tried to get in early.”

The Bitcoin club has cashed out since that attempt.