Without Health Answers, Vaping Trends Up For Youth 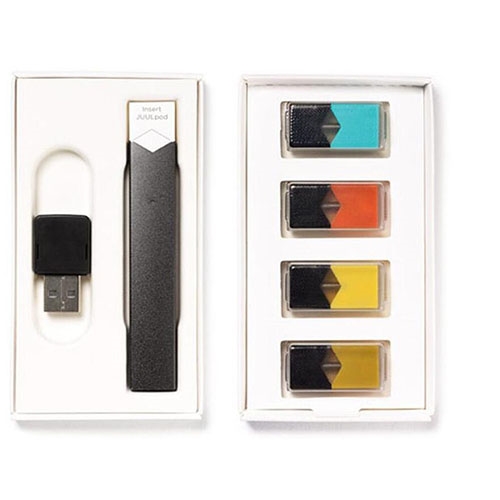 Vaping has become one of the biggest trends in America over the past few years. Some polls have stated nearly 40 percent of high school students have tried one, which is more than cigarettes. Vape devices are being viewed as a trend, but new studies show that vaping may be a permanent staple of culture, and new studies show vaping can be just as addictive and dangerous as their cigarette counterparts.

The vaping community is divided as some people view it as a healthy alternative to cigarettes and others viewing it as just as bad.

“E-cigarettes could be a game changer in public health in particular by reducing the enormous health inequalities caused by smoking,” noted Professor Ann McNeil of King’s College in London, one of the independent authors of the study.

The study showed that nearly half the population, 44.8 percent, didn’t realize that e-cigarettes were at the time thought to be a healthy alternative to normal cigarettes.

Recent studies have shown this isn’t necessarily the case. A study from Johns Hopkins Bloomberg school of Public Health and published in Environmental Health Perspectives in Feb. 21 of this year shows new dangers to e-cigs. They sampled the e-cigarette devices from 56 daily users of e-cigarettes. They found that electronic cigarettes are a potential source of toxic metals and metals that are toxic when inhaled. The elements found were chromium, nickel, lead, manganese and zinc.

“The actual levels of these metals varied greatly from sample to sample, and often were much higher than safe limits,” noted Ana M. Rule, Ph.D, MHS and assistant scientist at Johns Hopkins Blomberg school of Public Health and one of the authors of the study.

The term vaping covers a few different devices. Electronic cigarettes, or e-cigs, are the most common type of vaping device. These are the small portable devices that often look like pens or even real cigarettes. The basic e-cig are the devices that look like normal cigarettes and can often be confused with one. They come in rechargeable and disposable variety. The basic e-cig is broken up into two parts the battery and the cartomizer. The cartomizer is a cartridge and atomizer combined into one unit. The average cartridge last for about the equivalent of 30 cigarettes.

Vape pens are the most common of the vaping devices. The vape pens are long and thin about the size of a pen for easy storage. They are broken up into three parts the battery, the atomizer and the juice tank, or e-juice tank. The juice tank holds the flavor that is vaporized. Vape pens have a wide variety of flavors such as apple pie, donut, Belgium waffles, different types of cereal, candy and even alcohol. Hookah pens are similar to normal vape pens with one distinct difference. The hookah pen’s juice tank doesn’t have nicotine in it, they just deliver the flavor.

The newest form of vape device has become a viral sensation: the Juul, a smaller and sleeker vaping device. The Juul is different than the other vape devices in a few ways. The most noticeable difference between the Juul and other vape pens is the fact it looks like a USB drive. It has a USB attachment to charge the battery, making it easier to be unnoticed. It also has its own brand of juice tanks, only usable with the Juul. These juice tanks contain more nicotine then normal vape pens juice tanks. The Juul came to prominence with multiple reports of wide spread use by high school students. Students are attracted to the brand due to the misconception that it is safer then cigarettes and its discreetness. Juuls have become so popular that is has led to new verbiage for teens. Juuling is the act of using the Juul vape, usually on school premises, including in class rooms with teachers present.

After polling Mercy students, 41 percent of students said they vaped on a somewhat regular basis.  Most said they started it because they wanted to try it or were offered. Out of those who vaped, only 14 percent knew of the health risks associated with vaping.

“Lotta health risks in the world,” said Denzel Walters, a student at Mercy who vapes.

The current top selling brand of e-cig devices is Juul with 32 percent market share, according to Nielson, a global measurement and data analysis company. Other major electronic cigarette companies are Aspire, Kandypens and Halo brands. It was reported in 2015, the vaping industry brought in almost $4 billion dollars in the United States alone.

The history of vaping looks like a modern occurrence, but it actually isn’t. The origins of vaping come from Ancient Egypt. There Egyptians would throw hemp seeds onto hot stones causing them to vaporize and leave a pleasant-smelling vapor. The first e-cigarette was invented in 1927 by Joseph Robinson. It was never commercialized and there is no known prototype for this early e-cigarette but it was patented in 1930 to Roy M. Wolvin. In 1963, the next step in vaping was created by Herbert Gilbert, a Korean war veteran. Gilbert created the first smokeless non-tobacco electronic cigarette. Gilbert’s electronic smokeless cigarette was never put into production. Gilbert attributes the lack of production of his e-cigarette because of forces outside his control.

“Timing can be everything and I was ahead of my time, and in the midst of what some might say was the most powerful advertising period of big tobacco,” said Gilbert in a 2016 interview.

The modern e-cigarette was created by Hon Lik, a Chinese pharmacist in 2003. Lik was heavy a smoker before coming up with his version of the e-cigarette, as was Gilbert. Lik credits his e-cigarette to quit smoking and to help other quit after seeing his father succumb to lung cancer as his inspiration to quit smoking.

Electronic cigarettes began being sold in 2003 in China. In 2006, e-cigs were introduced into Europe and then America. Recently the popularity of e-cigs has boomed. According to the Center for Disease Control and Prevention in 2017, vapes became the most popular form of tobacco among young adults.

“It’s the first uptick in children using tobacco products in a generation. This is a very alarming finding,” CDC Director Tom Frieden in an April 9th 2015 conference call to discuss the CDCs study on tobacco use with high school and middle school children.

The facts about electronic cigarettes is changing on a rapid basis, and the verdict is still out on health risks, yet the numbers seem to show that youth involvement with vaping is trending up.