Our Boys Are Broken, So Now What?

If America's boys are broken, how can we start to fix them? 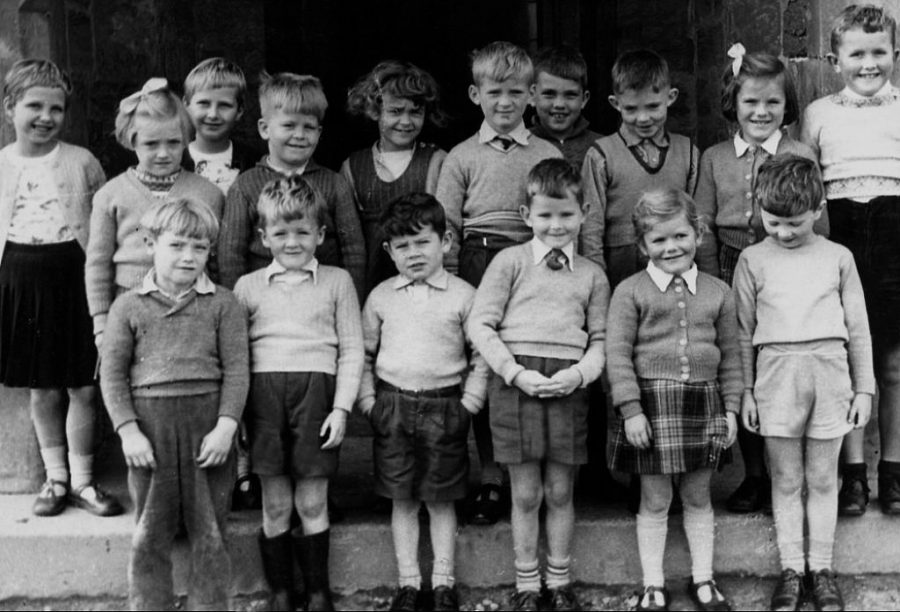 In a recent New York Times opinion piece titled, “The Boys Are Not All Right,” one writer makes a bold claim: “America’s boys are broken. And it’s killing us.”

We are living in an age that is marred by political unrest, a growingly divided population, a precarious trend of social injustice, and normalized violence. This might leave one to believe that it’s no wonder troubled individuals who mature in such a turbulent society would eventually reach their breaking point and lash out against others, right? Not exactly. Men and women who are maturing as contemporaries face these same societal problems, and yet, it seems as though each time we hear of another mass shooting at a school, movie theater, night club, church, and so on, the perpetrator is almost always male.

Setting the politics of Second Amendment rights, gun reform and mental health services aside for a moment, a serious examination of what contributes to the disparity of male and female acts of violence has begun.

“Women aged 15 to 44 worldwide are more likely to be killed or maimed because of male violence than because of war, cancer, malaria, and traffic incidents combined,” writes Nicholas Kristof.

The editorial notes why boys are more susceptible to internalizing their emotional problems which can eventually resort to violence.  “The Boys Are Not All Right,” writer Michael Ian Black muses. “The brokenness of the country’s boys stands in contrast to its girls, who still face an abundance of obstacles but go into the world increasingly well equipped to take them on.”

It’s a simple fact that women face higher risk of domestic violence, are subjected to workplace discrimination and inequality, and are generally more prone to being the victims of sexual violence—and yet, the women who endure such tragedies rarely become the face of the latest mass shooting or terrorist attack.

Dr. Mark Sirkin, Director of Mental Health Counseling at Mercy’s School of Behavioral Science, is a clinical psychologist who has completed extensive studies on the family system, and most recently held a seminar on the “Narratives of Evil” that contribute to an individual’s violent behavior. Sirkin provided a look into one possible cause for the gender disparity of men who commit violent acts.

“Men grow up to think they are powerful because they are part of the ‘higher’ group,” he explained.

When men face internal conflict regarding their own power,  they become isolated and withdrawn. When this happens, a dangerous coping method called “projection” can be utilized.

Projection, Sirkin says, is “something that is happening inside of you that you can’t accept, so you project it out.”

Experts are theorizing about why this inherent struggle with power and identity so frequently manifests into violence. The answer may  lie primarily in the way males experience and process their gender identity. In America and around the world, men are conditioned to think of their gender identity in terms of power. Being strong and muscular, excelling at sports, being able to “get girls,” being competitive, having financial success—these are all factors that have been assigned to categorize the traditional male gender role. Abilities like emotional well-being, the ability to express complex emotions, exhibiting vulnerability, and having empathy for others are typically regarded as more feminine traits, and are still largely looked down upon if they are expressed in a male.

“By age five, most boys and girls will have internalised the gender roles and expectations taught them by their families, schools, religions and societies. And in many instances, boys will have been socialised for violence by being taught that being a man means being tough, powerful, intimidating, and a stud,” according to the Rosalind Franklin University of Medicine and Science.

It’s important to note that these gender roles are not intrinsically part of our biological nature. Experts continually state that gender roles and identity are a societal concept that has become reinforced over countless generations, and it’s only now concerned parties are beginning to realize the depth of harm that these roles can have on the nation’s youth.

The social environment seems to play a large role in the male proclivity for violence. Despite what conclusions are drawn from violence statistics, “there is no conclusive evidence that men and women differ in their innate biological or psychological propensity for violence,” writes Ian Hughes for The Journal.ie. Instead, it is rather the way that men and women are raised that contributes to these disturbing propensities.

Sirkin alluded to this disturbing dynamic in his recent talk, referring to it in terms of “the self” and “the shadow.”

“There is a self and there is a shadow within us,” he explained. The first portion of our lives we tend to focus on is the self.

“The self is a personal expression that regulates and integrates other aspects of itself,” whereas the shadow, “manifests itself in the second portion of our lives, and is the part that we disown.”

This shadow symbolizes the parts of our identity that people are uncomfortable with, and want to hide away. This internalization paired with society’s teachings that boys should shove down their more vulnerable emotions creates a deadly cocktail of emotional trauma that can easily progress into further mental instability.

In many ways, women have been lucky to experience the liberating movements that have granted them the forums, communities and support systems to be able to openly express and discuss their own complexities. Men, on the other hand, have not been granted these same movements. While it is clear that the current patriarchal system is designed to shift the odds in a man’s favor when it comes to career opportunities, advancement and power, the opportunities for emotional growth, maturation and expression are almost nonexistent.

One of the most significant segments from Black’s Times piece perfectly summarizes the harsh truth about the system that America’s boys are trapped in. Black writes, “Too many boys are trapped in the same suffocating, outdated model of masculinity, where manhood is measured in strength, where there is no way to be vulnerable without being emasculated, where manliness is about having power over others. They are trapped, and they don’t even have the language to talk about how they feel about being trapped, because the language that exists to discuss the full range of human emotion is still viewed as sensitive and feminine.”

When experts theorize about what leads males to commit violent acts, it’s imperative to realize these archaic structures of society are likely doing more harm than good. While violence is never excusable, it stands to reason that society must begin to examine everyone’s own roles within a a cultural model that places boys in the turbulent position of choosing between stuffing down their feelings and becoming the isolated “lone wolf,” or revealing themselves as complex, emotional human beings and having to face the stigma of being labeled as “not manly.”

When society begins to examine their role of perpetuating the traditional gender identities, we can then begin to understand the complexities involved in these violent incidents involving American men.