On The Cusp of a Crisis: America’s Health Care System & The Shift Towards Preventative Treatment

America's health care system is in dire need of restructuring, and with new research emerging on the benefits of a more proactive approach, it's time for a new plan. 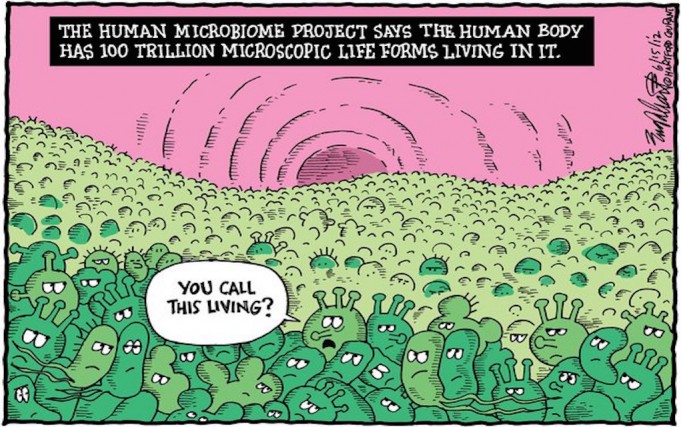 America’s health care system has been a point of contention for many years now. The model that’s currently in place leaves much to be desired for many Americans, and with a growing number of individuals suffering from various illnesses and diseases each year, it is becoming harder and more expensive to provide the care that’s needed.
Some experts feel that while health care is a multifaceted issue, one reason that it is becoming increasingly difficult to manage is because it is a model that is reactionary rather than proactive. Westchester-based clinical nutritionist Dr. Melvyn Grovit agrees that major changes must be made to reconfigure and restructure America’s health care system.

“We have a crisis on our hands,” Grovit says.

Specializing in nutrition and the management of clinical disorders, Grovit has been in practice for 53 years. After being diagnosed with Crohn’s disease and being told by doctors that he wouldn’t live beyond 21 years, he embarked on a lifelong journey into the world of nutrition and preventative health care to take his fate into his own hands.

“I didn’t like that as my future.  So I became part of the resolution of my problem, as opposed to just accepting it,” says Grovit. After receiving a diagnosis that would have caused many to break down and give up all hope, Grovit shifted his energy to finding a solution.

“I became a lab rat,” he explained. “I would try one thing after another until I found something favorable in either how I felt clinically, or my laboratory reports looked. It was a long ordeal.”

That long ordeal lead to Grovit receiving his Master of Science in Biology with a human nutrition certification in 1986 after rigorous training from professors at both Columbia University and Bridgeport Institute of Nutrition. Grovit’s own life experiences influenced his studies, and he soon came to realize that nutrition, specialized dietary regimens, and the specific implementation of probiotics was key in treating inflammatory bowel diseases like Crohn’s.

Through years of research and practice, Grovit came to understand just how important our gut’s microbiome is to our overall health. Lately, with new research into probiotics and our body’s microbiome coming out seemingly every day, the prospect of switching to a proactive treatment system rather than a reactionary system becomes more and more favorable.

“The first thing you have to accept,” Grovitt clarifies, “is that the microbiome is a real entity, an important entity, and something that has been neglected historically for eons.”

The microbiome refers to the complete set of genes that exist within the collection of microbes that exist inside the body as microbiota, The Global Healing Center explains. Everyone has a unique microbiome within our gut that contributes to our overall health, and they are constantly changing.

“It’s believed that humans carry about three pounds of bacteria in their intestines. Everyone’s individual microbiome is as unique as their fingerprint and comprised of hundreds of different types of bacteria. The specific number of bacteria cells varies throughout the day and is always turning over,” reports The Global Healing Center.

This is where diet, nutrition, and probiotics come into play.

In his own practice, Grovit utilizes this knowledge when creating specialized dietary routines for his patients to follow. Our microbiota is affected by foods we eat, and in turn, the microbiota influences the nutritional value of these foods as well.

A recent article published in The New York Times, alluded to the mounting evidence pointing to things in our diet, like artificial sugars and sweeteners, as having adverse effects on our gut’s microbiome.

The article references the research of Robert Britton, a microbiologist at Baylor College of Medicine, who studied the reactions between the additive Trehalose and the “bad bacteria” within our gut. Trehalose has become a popular additive in processed foods since 2001, but we are only now realizing that it has devastating effects on our microbiota—strengthening bad bacteria and even potentially paving the way for potent strains of C. Difficile infection (or C. diff) to thrive in our intestines.

By feeding the dangerous bacteria, these additives contribute to the unhealthy imbalance of good and bad bacteria within the gut. Britton’s studies also suggest that common food additives like Trehalose may even be responsible for encouraging diseases like IBS, obesity, and diabetes.

While Britton’s studies only suggest a possible link between these artificial additives and bad gut health, it’s undeniable that the food we choose to put into our body can create new problems, or exacerbate existing conditions.

Grovit concluded, “Whether [it] causes C. diff I think that will take time to figure out, but it certainly is causing problems.” He explains that the issue is multifactorial, but notes that the abuse of certain sweeteners is definitely not contributing many positive effects on our bodies.

“There’s a big question, do you like being a disposal factory for food manufacturers? Because much of what’s in the food has to do with preserving it, extending shelf-life, making it easier to use the product. At what expense?” he asks.

This leads back to the initial conundrum. Because much of our population is subjected to being dumping grounds for food manufacturers, and consumers are caught in a vicious cycle.

“Since nobody likes to mess with business, since business is the economy, we get into this… like a hamster wheel,” Grovit says.

This system has proven to be inefficient on many levels, and is becoming increasingly expensive.

“Currently we have a sick/care system,” Grovit explains, adding that emphasis is rarely on preventing sickness, but treating it.

“You get sick, you get fixed. It’s proving to be a very expensive system. Not all people can afford it, and not all people will have adequate insurance,” says Grovit.

Highlighting the mounting issues within our current system an he continued, “Since 1 out of 11 Americans has diabetes today, and in two years they’re projecting 1 out of 10 Americans will have diabetes, where will the money come to treat all those people plus all those other people with illnesses where some of the medications are costing in the thousands? Tens of thousands?”

“At this point in time, I don’t think anybody knows where this country is headed,” Grovit admits.

For this reason, the practice of preventative care becomes even more valuable. As new research continues to emerge on the benefits of a proactive approach towards health care, Americans skeptical of the current health care system can only hope that the methods of nutritionists like Grovit continue to be utilized by the broader population.

When asked to look to the future,  Grovit re-emphasized the reorganization of our failing system. “The next goal post is basically how are we going to deal with so many sick people in this country, and the middle class disappearing, insurance becoming scarce.

Something has to be done, and the question is what will that something be?”