Walk a Mile in His Shoes 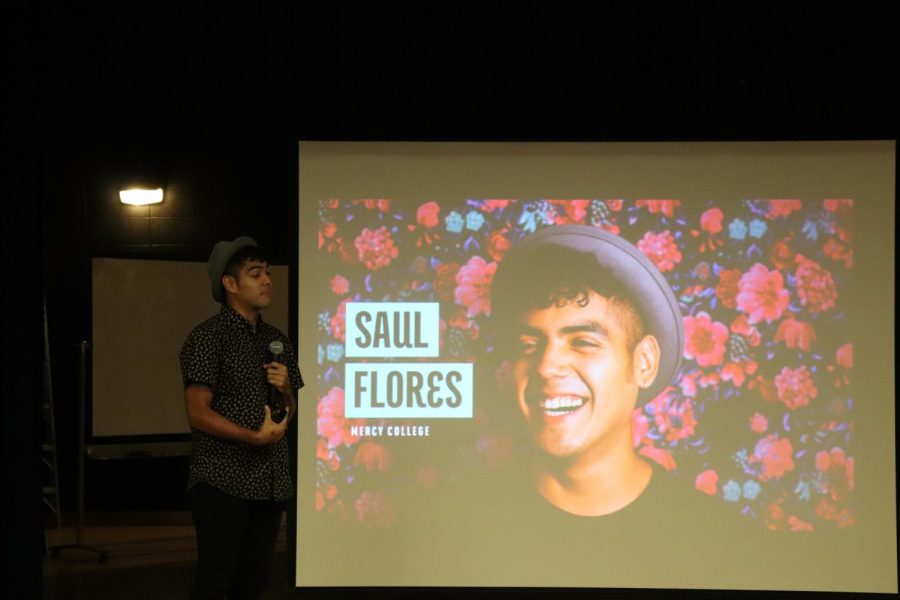 Hundreds of thousands cross the border from Mexico into the United States each year. Saul Flores was one of those immigrants. Unlike many people crossing the border, he was already a United States citizen and was returning home. He was walking not to get into America and make a better life for himself, but to show the hardships immigrants had to endure to survive the journey just to get to the border, not even accounting for getting over the border.

Flores traveled 5,328 miles across ten countries. For three months he traveled through Central and South America along the path immigrants had traveled for years.

“I wasn’t aware of how hard and how complex the life of a migrant is,” Flores said.

With only a backpack, three changes of clothes and a pair of new sneakers, Saul set out on the invisible journey. Starting in Quito, Ecuador Flores made his way to Columbia to reach Panama.

Between Columbia and Panama is the Darien Gap. The gap, named for being in the Darien province of Panama, is 66 miles of undeveloped swampland that breaks up the Pan-American highway. As the entire region is covered in marsh and swampland, building would be expensive. The gap is home to a wide array of wild life, including Poison Dart Frogs. The frogs secrete an extremely potent poison. One dart frog has enough poison within it to kill 10 men. The Darien Gap is also home to the Revolutionary Armed Forces of Columbia, also known as the FARC. The FARC is known for assassinations, kidnappings for ransom and murders to those found within the gap.

Flores, like most immigrants from South America, attempted to cross the gap. In order to do this, he hired a smuggler who could get him across the gap, known as a coyote. The coyote led him through the jungle till they are caught by a member of the Colombian army. Flores and his guide were forced to turn back because of the threat of the FARC due to Columbia’s presidential election which had occurred earlier that day, with the FARC kidnapping and ransoming people to fund their political campaigns.

On the way back out through the jungle, Flores begins to lose feeling in his body.

“I began to notice my thigh going numb… Then my fingers started going numb. Then my lips went numb.”

The coyote takes him to a local doctor who informs him that he came across the venom of a poison dart frog.

“I have good news and bad news,” the local doctor told Flores.

For seven days, Flores slept, healing from the venom.

“My adrenaline hit and I jumped up… I’m so anxious to get out… and I left the house.”

When he awoke, the Darien Gap was closed due to unrest in the region. He learns of a coastal town that has a yacht that will take migrants over to Panama for labor. He found that no store in the town would serve him food or drink. After his third stop at a shop, he was told the reason.

Flores found out that he had missed the yacht by a day, but the next one wouldn’t be coming for another thirty days. Thirty days in a town that won’t sell him food or water. He went to the beach and met an old indigenous man, named Raymundo, who offered to take Flores to Panama and takes him to his canoe.

Raymundo took him to 46  islands as Raymundo was the boat man of the natives that ferries people from island to island. Flores was the first outsider to visit these islands as they made their way to Panama. On this journey, Flores took photos of the native people until finally reaching Panama.

Once on Panama, Flores tried to pay Raymundo back with money.

“Saul, I’m a boat man, what am I going to do with your money?” Raymundo told him, refusing the cash.

Flores asked what he could do to repay the man that got him to Panama.

“Head to America… and see your family… Tell your friends and family that there are good people in Latin America.”

Flores listened to Raymundo and headed north to El Paso and returned home to see his family. Along his journey, Flores took 20,000 photos of his time crossing Latin America. He took those photos and sold them, to help the cause that led him to take the Walk of the Immigrants.

Flores is the son of undocumented immigrants. His father is from St. Ana, El Salvador, and his mother is from Atencingo in the state of Puebla Mexico. As the son of undocumented immigrants, there was very little money for college education. Flores spent his junior and senior year of high school looking for scholarships and was able to attend North Carolina State University. While there, Flores received a small fellowship in his freshman year for things outside of basic college needs. He used that money to lead a two week service trip to his mother’s home town, Atencingo.

While there, he learned about the town and why his mother left in the first place. The little school in Atencingo was falling apart. On top of a little hill in Atencingo stood the ramshackle school with slabs of wood screwed to chairs. For three years, Flores led service trips to the small town and allowed outsiders to experience the culture of the small town.

On the third year, Flores learned the school was going to be closed down. Atencingo’s school was being de-funded for being beyond repair. He returned to his family, heart broken over the revelation. While back with his family, a news story caught his attention. A woman was attempting to swim across the Rio Grande with a baby in her arms. The anchor on the news said how it would be better for both if they didn’t make the journey across the Rio Grande.

This comment led to Flores’s Walk of the Immigrants. His goals for the walk were to raise awareness of the plight of migrants traveling in Latin America to America, to take as many photos as possible and to sell them to raise money for the school in Atencingo, and to get home safe to his family.

His goals were reached as the story of his walk was picked up nationally, his photos sold enough to rebuild the school in Atencingo and he returned home safe. He still returns to Atencingo and will be shooting a documentary on his walk called Love Walk. While the walk was hard, Flores speaks of it as a mental and spiritual journey.

“I wasn’t aware of how hard and how complex the life of a migrant is.”

But Flores speaks of the journey fondly. When asked if he would do it again, Flores responded with an emphatic yes.

“The photo that made it all worth it is this photo of the school kids singing the Mexican National anthem.” 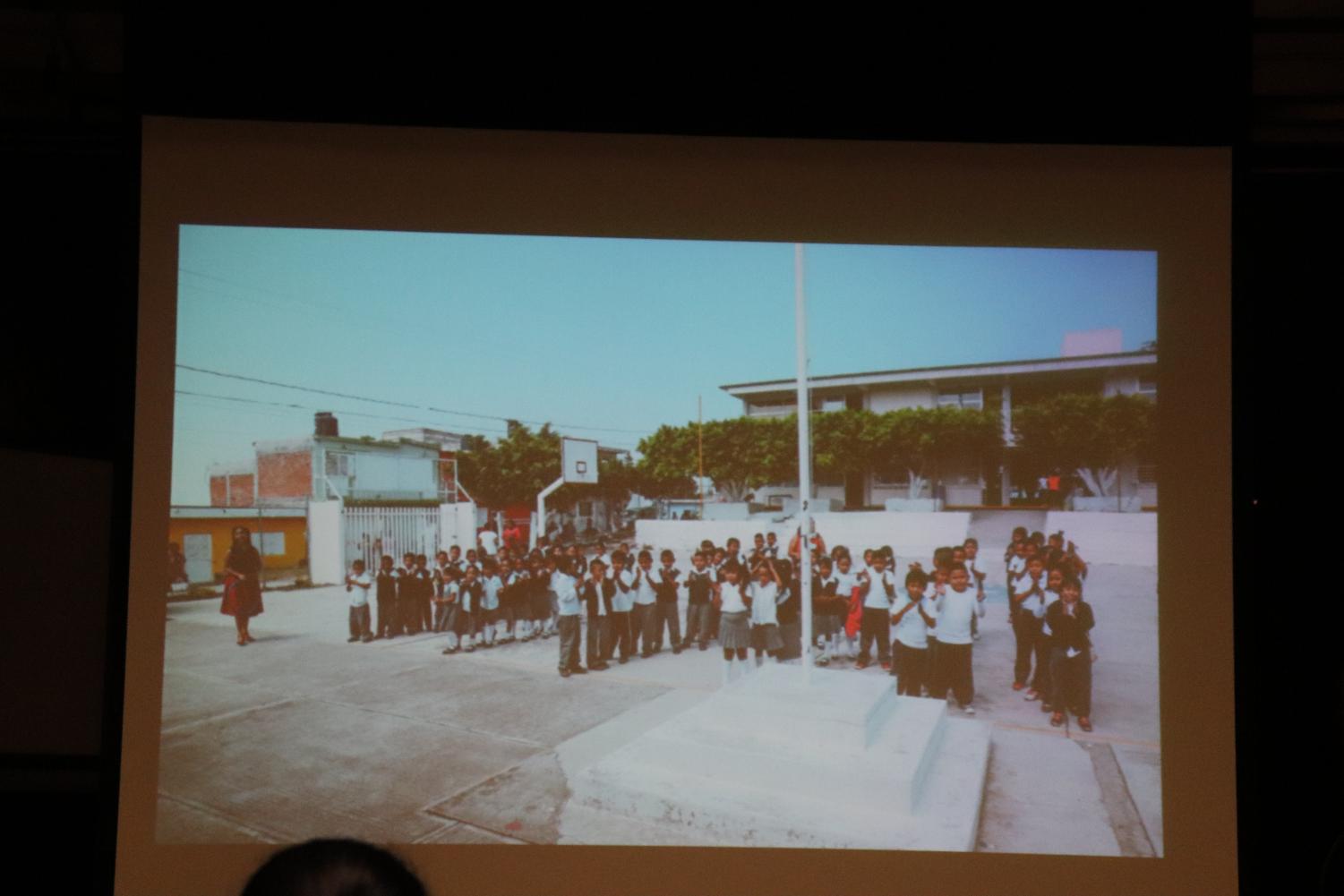